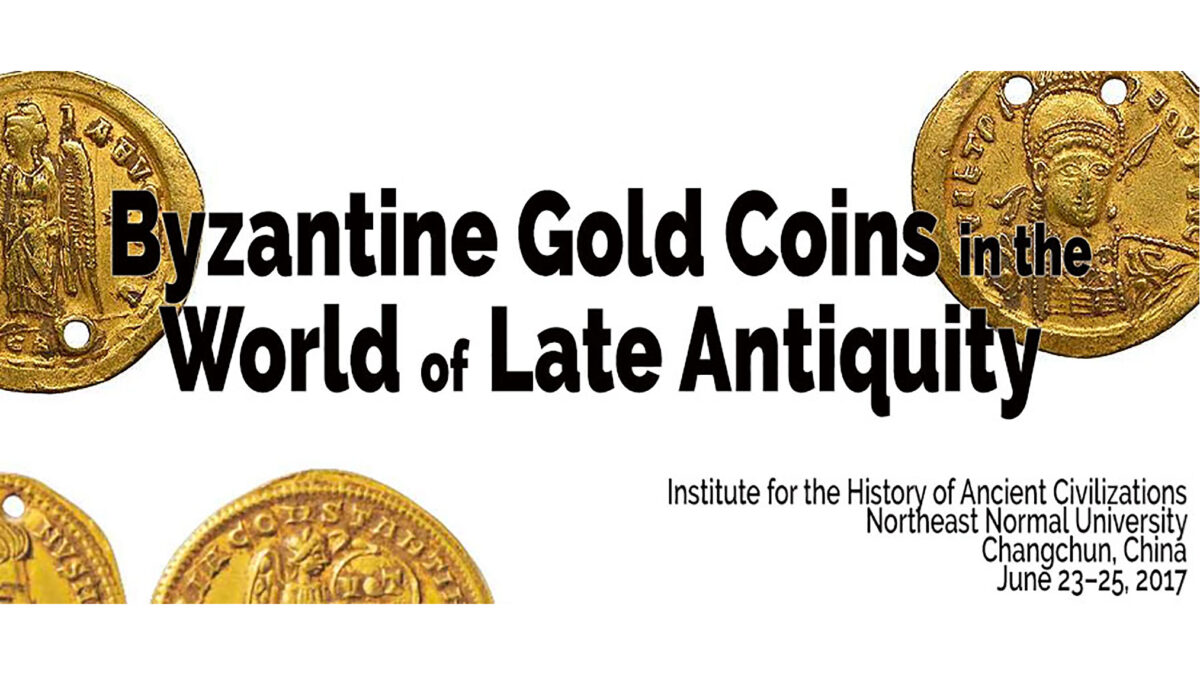 Byzantine Gold Coins in the World of Late Antiquity

Byzantine gold coinage was immensely important in the political, social, and cultural life of the Near East and the Western Mediterranean during Late Antiquity and into the Middle Ages. Its significance can be judged from archaeological finds in Italy and Gaul as well as the Balkans, the Levant, and Northern Africa. Furthermore, from the 4th century onwards, Byzantine coins begin to appear along the Silk Roads, soon to be taken to countries in the Far East, including China. Since the end of the 19th century, over one hundred Byzantine gold coins and coin imitations have been found in China. The findspots are mainly located in the northern areas, in a crescent extending from Xinjiang in the northwest to the province of Liaoning in the northeast. Chronologically, they mainly belong to a period from the late 6th century to the mid-8th century, i.e., from the late Northern Dynasties to the middle of the Tang Dynasty period, and they reflect the prosperity, exchange, and communication which once existed along the Silk Roads. The international symposium on “Byzantine Gold Coins in the World of Late Antiquity,” held at the Institute for the History of Ancient Civilizations (IHAC) of Northeast Normal University (NENU), Changchun, China, 23–26 June 2017, aimed at delineating the political, economic, social, and cultural-religious conditions behind the flow of Byzantine gold coins not only into China but also within the broader Mediterranean region, into India, Central Asia, and Mongolia, as well as Southeast Asia. Even though some of the papers should be seen as very preliminary considerations on the respective subjects, all the investigations of specific coins in this volume contribute to the current development of building a more integrated and multifaceted picture of the world of Late Antiquity and the Early Middle Ages. We express our heartfelt thanks to all colleagues, students, and friends who have supported the symposium and its publication in various ways. Our special thanks are due to Dr. Rebecca Darley, Dr. Jonathan Jarrett, and Prof. Dr. David A. Warburton for their painstaking review of drafts of papers.