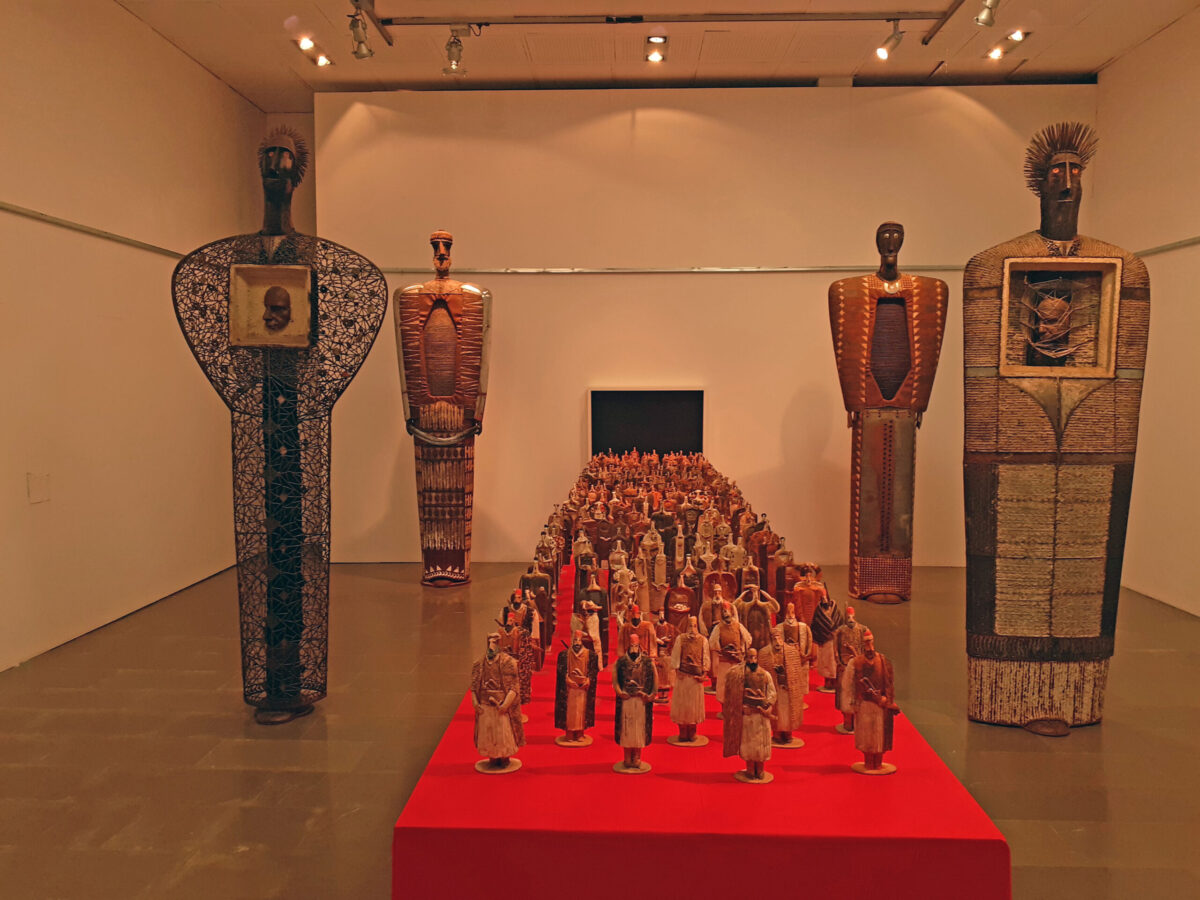 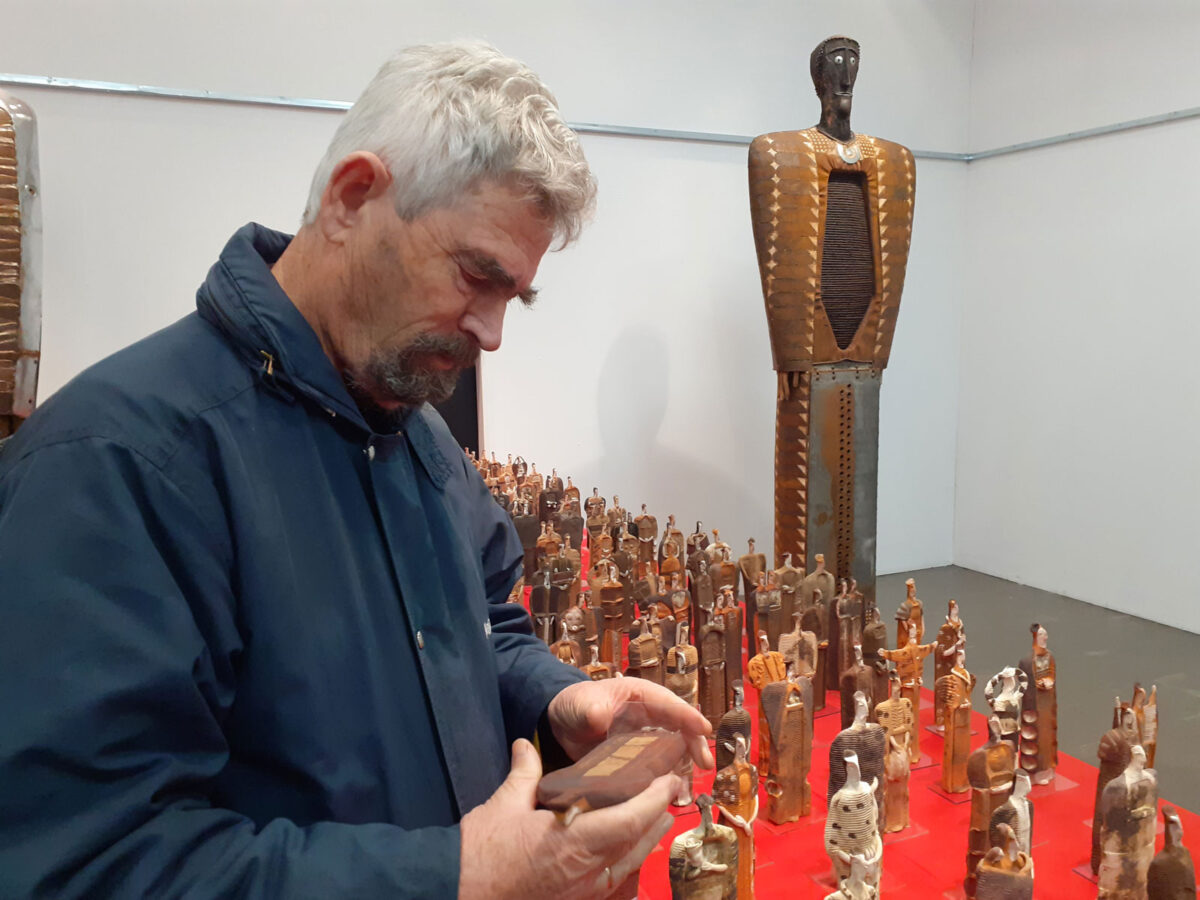 “The Exodus” by Theodoros Papagiannis pays tribute to the 1821 Revolution

With the symbolic exhibition “Exodus” Emeritus Professor of Sculpture at the Athens School of Fine Arts, Theodoros Papagiannis, pays tribute to the 200th anniversary of the 1821 Greek Revolution at the Cultural Center of the Municipality of Ioannina.

Theodoros Papagiannis is inspired by “a tragic event, the bloody Exodus of Messolonghi, which shocked the world and which upset prevailing attitudes and affected the consciences of the then governments”, as he tells the Athens and Macedonia News Agency. It is an installation in which the sculptor creates the characters according to his own aesthetics and recalls the values of 1821 and the struggle for Freedom.

Α great crowd of freedom fighters exit at night through a black hole with the leaders of the struggle at the forefront.  They all walk on a red carpet; a symbol of the blood shed in this struggle. To their right and left are the protectors of the Revolution. Among them, philhellenes such as Lord Byron and the poets Solomos and Kalvos.

Two mementoes depict the tragedy of the Exodus, while a victim, a symbol of the dead fighters, has been placed on a Greek flag. ” Bread” always plays an important part in the work of Theodoros Papagiannis. Round the Greek flag the sculptor has carved ears of corn that symbolize the struggle “for bread and for freedom”.

The sculptor has used a variety of materials. The fighters and chieftains are made of clay. A mixed media technique has been used for the large figures; pieces of wood, iron scraps, clay, glues, papers and burnt remnants from the 1973 uprising in the National Technical University of Athens, which Theodoros Papagiannis had collected at the time and kept in his Athens workshop.

“It was difficult to convey the struggle in sculpture. I believe that I succeeded”, Mr. Papagiannis modestly states and adds:”Each person will interpret it according to his or her own point of view “.

The exhibition takes place at the “Dimitris Chatzis” Cultural Center and is open daily to the public until the end of January.