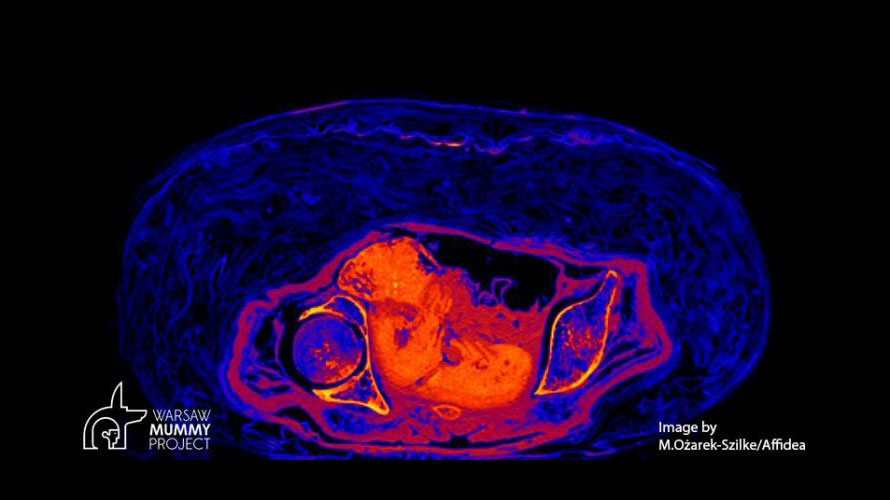 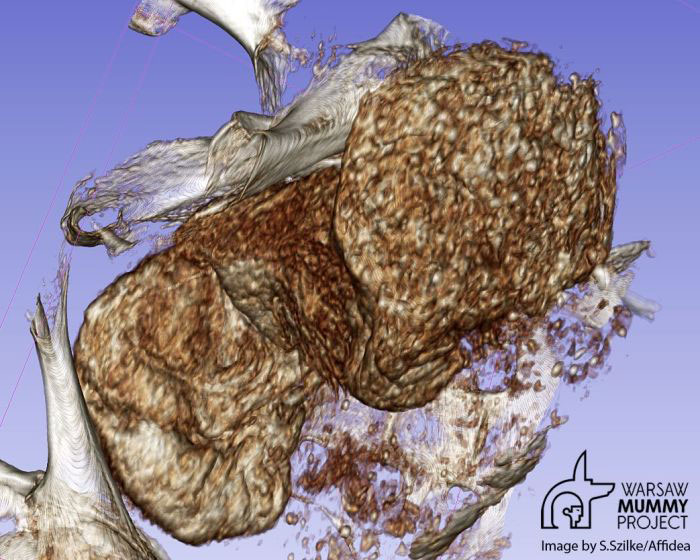 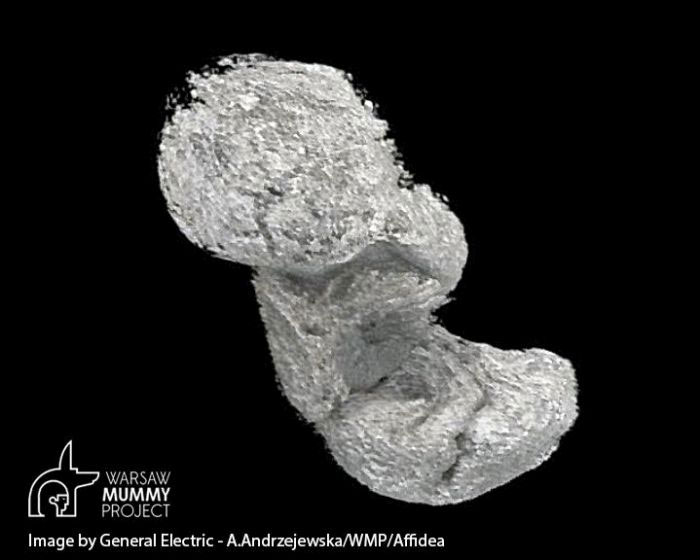 Foetus inside Egyptian mummy preserved thanks to unusual process

The world’s first known mummification of a pregnant woman

A foetus inside a 2,000-year-old Egyptian mummy was preserved due to a process similar to that of a ‘pickled cucumber’, according to scientists.

In April 2021, the Warsaw Mummy Project revealed it had found the foetus, making it the world’s first known mummification of a pregnant woman.

Now, after careful analysis scientists say they have discovered how the foetus survived to this day.

Marzena Ożarek-Szilke said: “During the mummification process, the deceased was covered with natron, a naturally occurring sodium mixture, in order to dry the body. The foetus, however, remained in the uterus and began to ‘pickle’ in an acidic environment. The process was similar to the one thanks to which prehistoric bodies have been preserved to our time in swamps”.

She added that the process is similar to the ‘cucumber barrel effect’.

Publishing their findings in the Journal of Archaeological Science (DOI: https://doi.org/10.1016/j.jas.2021.105504), she said that formic acid and other compounds (that formed after death in the uterus as a result of various chemical processes related to decomposition) changed the Ph inside the woman’s body.

The change from alkaline to acidic environment led to washing minerals from the foetal bones, of which there was not much anyway, because mineralisation is very weak during the first two trimesters of pregnancy and accelerates later. In the next phase of this atypical mummification of the foetus, the tissues began to dry out and mineralise.

This was happening while the mother’s body was drying up. According to the researchers, from a chemical point of view, the process of Egyptian mummification is the process of mineralisation of tissues that can survive for millennia as a result.

Ożarek-Szilke continued: “These two processes explain why you can barely see the bones of the foetus in CT scans. For example, you can see hands and a foot, but these are dried tissues, not bones.”

She added thar because of the difficulty of spotting a foetal mummy, there is a very high probability that there may be mummies of pregnant women in other collections.

She said: “It is just that so far they have not been sufficiently analysed in this respect. Now, considering our findings, it is only a matter of time when the next mummified pregnant women are discovered.”

However, why the foetus was left in the uterus while all other internal organs were removed remains a mystery.

Ożarek-Szilke said: “Maybe it had something to do with beliefs and rebirth in the afterlife. It is still difficult to draw any conclusions as we do not know if this is the only pregnant mummy. For now, it is definitely the only known pregnant Egyptian mummy.”

The researchers have determined that the foetus is curled in the embryonic position, but its sex is unknown. According to the article co-author, gynaecologist-obstetrician Dr. Katarzyna Jaroszewska, the birth canal of the deceased was not open. This means that the cause of the woman’s death was not related to childbirth and its complications. The position of the foetus also confirms this.

The mummy belongs to the University of Warsaw since 1826 and is loaned to the National Museum in Warsaw since 1917. It is currently displayed together with the sarcophagus in which she came to Warsaw at the recently opened permanent Ancient Art Gallery.