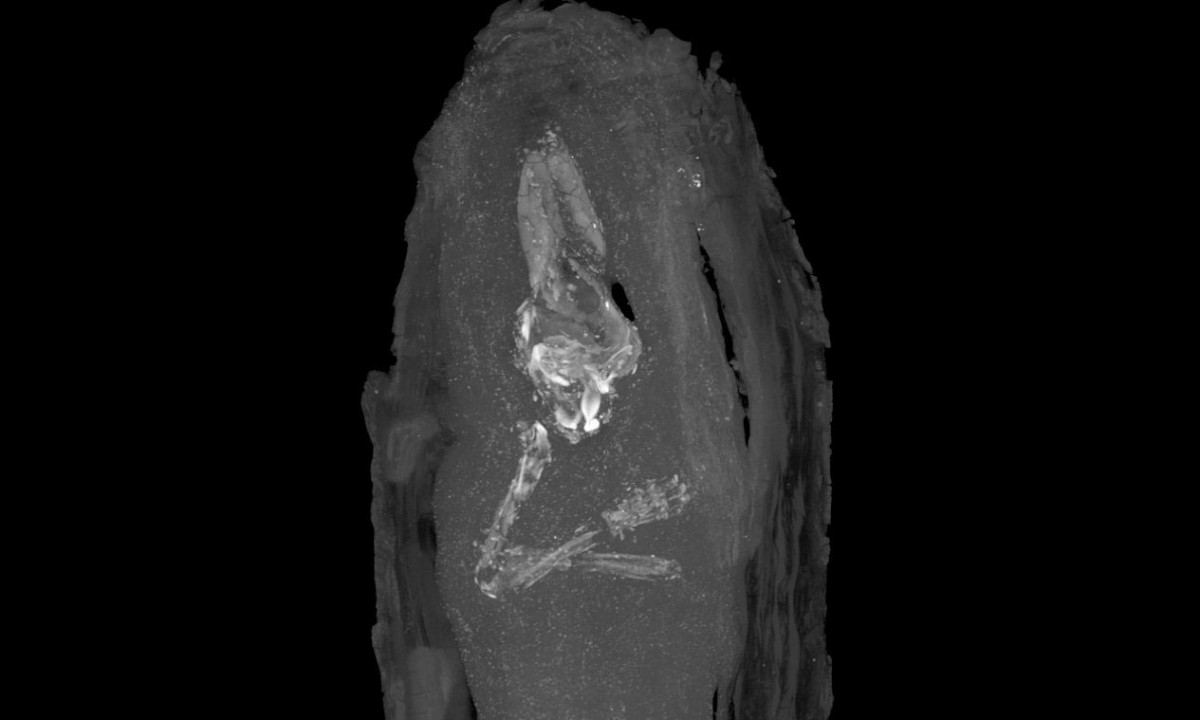 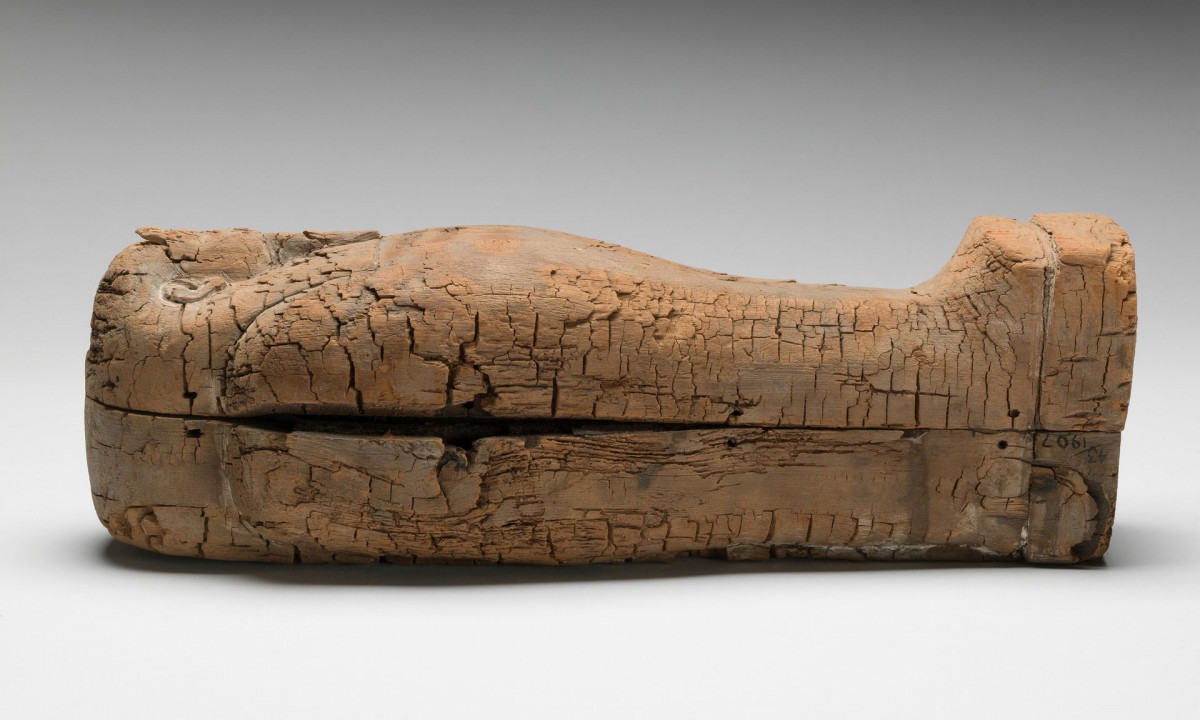 At the Fitzwilliam Museum

When Egyptologists at the Fitzwilliam Museum in Cambridge scanned the miniature wooden sarcophagus they were expecting to find the preserved remains of an adult’s organs. Instead the CT scan revealed the distinct outline of a human foetus, estimated to have been no more than 18 weeks old at the time of death.

The 44cm-long coffin is made of cedar wood and was discovered in Giza in 1907 by the British School of Archaeology. The same year it came into the collection of the Fitzwilliam Museum. It dates back to the Egyptian “Late Period”, between 664 and 525 BC.

The coffin is deteriorated, but the tiny mummy inside remained intact. The scan shows it was wrapped in bandages and sealed with black resin, while the arms were crossed over the foetus’s chest. This attention to detail, along with the carefully carved and decorated coffin clearly demonstrate the value placed on life even in the first weeks of its inception, according to Julie Dawson, head of conservation at the museum.

The sarcophagus and its contents are on display as part of the Fitzwilliam Museum’s current exhibition, Death on the Nile: uncovering the afterlife of ancient Egypt.