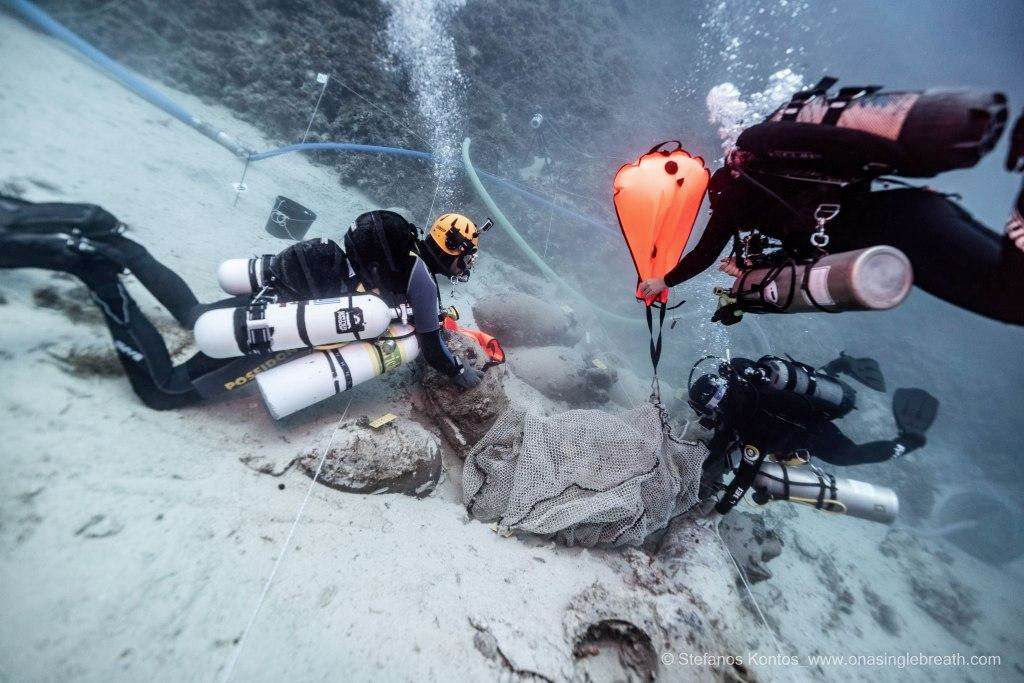 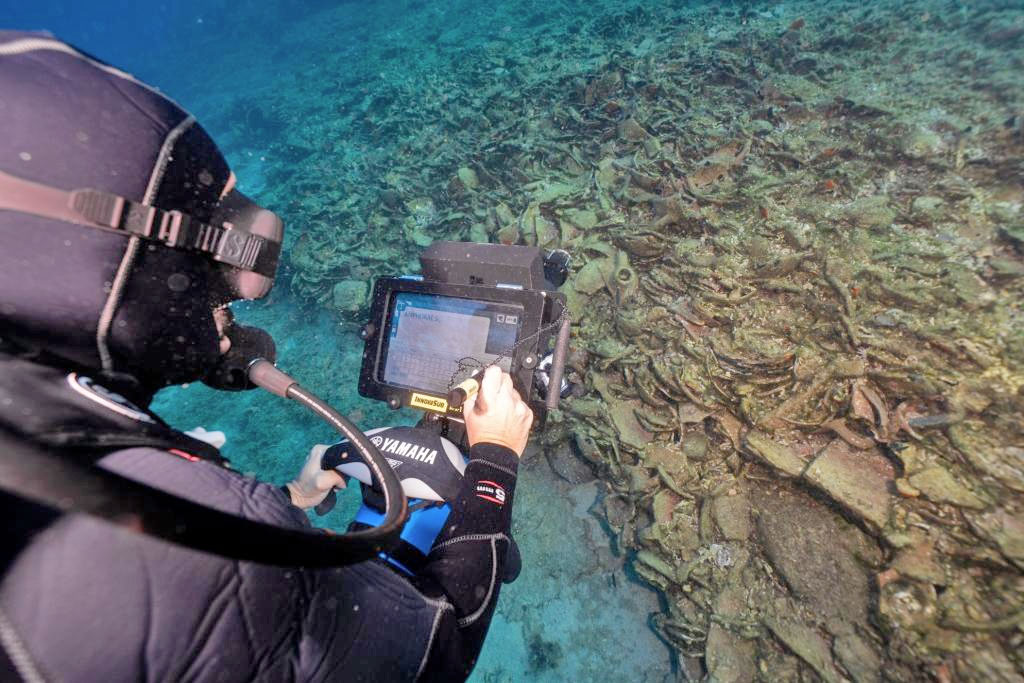 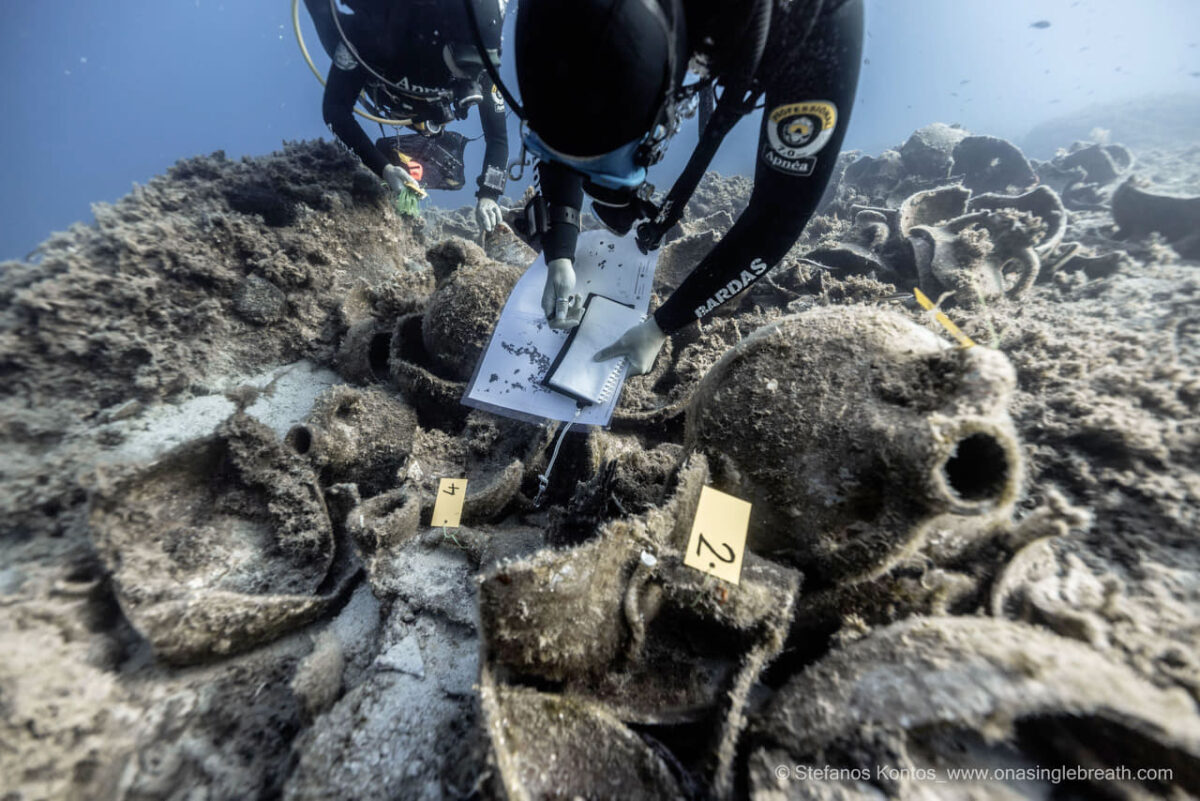 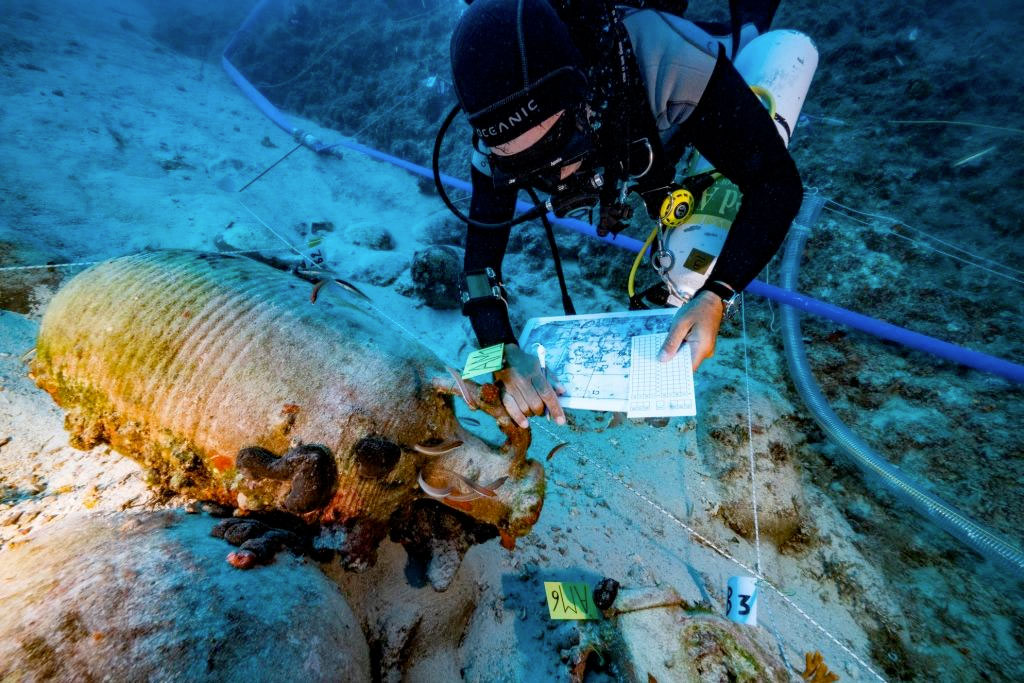 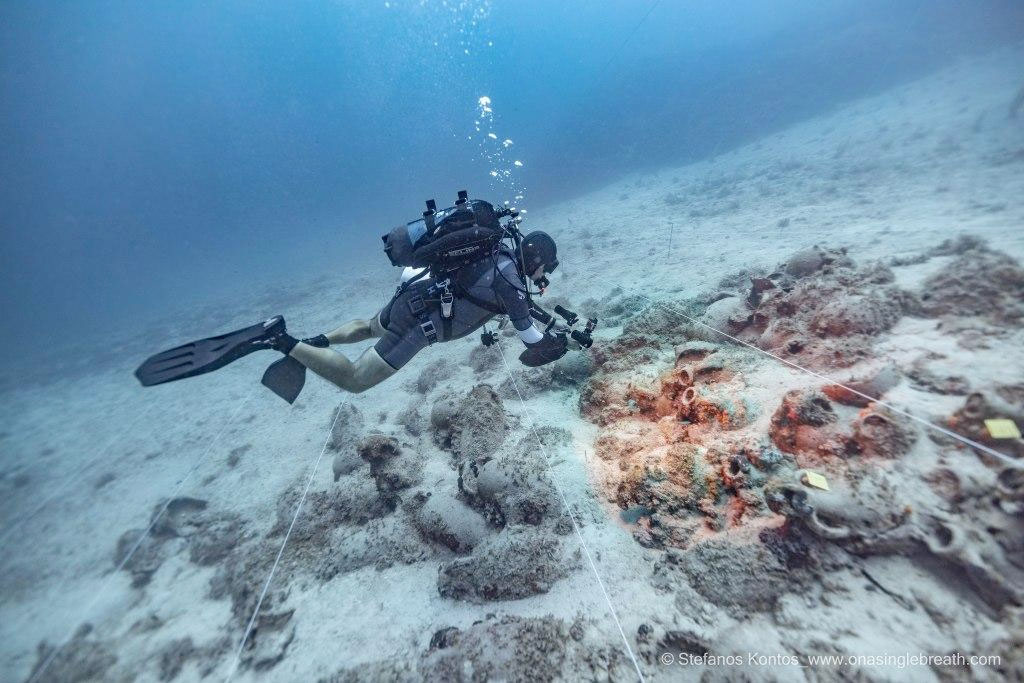 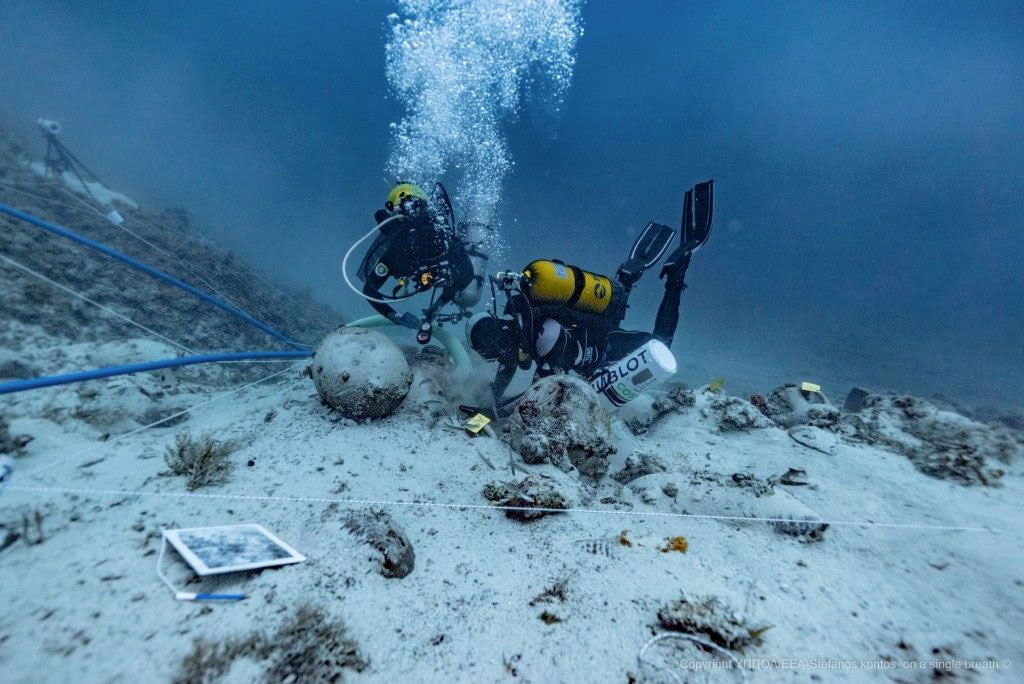 An early Byzantine shipwreck was explored

Τhe sixth expedition of underwater archaeological research by the Ephorate of Underwater Antiquities in the Fournoi archipelago focused on the study and documentation of an Early Byzantine shipwreck. The wreck was located by Cape Fygou (Aspros Kavos), north of the Kamari village, off the east coast of Fournoi, on a sharply sloped, sandy sea bed at a depth of 43-48 meters, in one of the most steep and inaccessible areas of Fournoi, exposed to strong winds during most of the year.

Out of a total of 58 wrecks found in the Fournoi archipelago, this one was selected as the most scientifically interesting, both because of its completeness and coherence, and because of its heterogeneous cargo of six different types of amphorae from the Crimea and Herakleia on the Black Sea. The main cargo includes an additional one of ceramic table ware, coming from the region of Phocaea in northwestern Central Asia.

Research in 2021 concentrated on a perimetric cleaning from sand backfilling of part of the wreck’s western, shallower side, and the opening of a trial trench in its northwest corner to diagnose the wreck’s stratigraphy. About 15 buried amphorae were discovered, including among others a type of amphora attributed to the city of Sinope on the Black Sea, a number of tableware ceramics and pieces of wood attributed to the skeleton of the ship’s hull, which probably survived in the anoxic sand bed underneath the wreck’s cargo.

The tableware ceramics that were brought up were particularly enlightening in more accurately dating this shipwreck between 480 and 520 AD, probably during the era of Emperor Anastasius I (491-518 AD). X.), of the Leonid dynasty, known from historiographical sources mainly for his tax and monetary reforms, which reinforced state funds and allowed for the expansionist policy of the 6th century emperors.

Along with the trial trenches at the site of the shipwreck, other wrecks in Fournoi were documented as part of the European Cross-Border Cooperation Programme Interreg VA Greece – Cyprus 2014-2020, “Diving Routes in Marine Protected Areas of the Eastern Mediterranean – Development of Diving Tourism Network” .

The excavation was headed by Dr. George Koutsouflakis archaeologist of the Ephorate of Underwater Antiquities. It included a team of 25 divers from different specialties (archaeologists, architects, conservators of antiquities, professional divers, photographers, filmmakers, undergraduate and postgraduate students). As part of the research, a total of 292 individual diving was conducted , corresponding to approximately 220 working hours on the seabed. The research data collected is considered to be of primary importance in organizing the shipwreck’s systematic excavation in the near future.

The Ministry of Culture and Sports announced that the research was financially and logistically supported by the Municipality of Fournoi / Korseai, the European Programme “Interreg Greece – Cyprus 2014-2020.”, the “Korseai” Foundation, the Explorers Club Foundation and Hellenic Seaways, Blue Star Ferries, Seiko Japan and Scubapro USA. Warm thanks are due to the Mayor of Fournoi-Korseai Dimitrios Karydis, the Port of Fournoi officials and Alexandros Schwarzenberg.