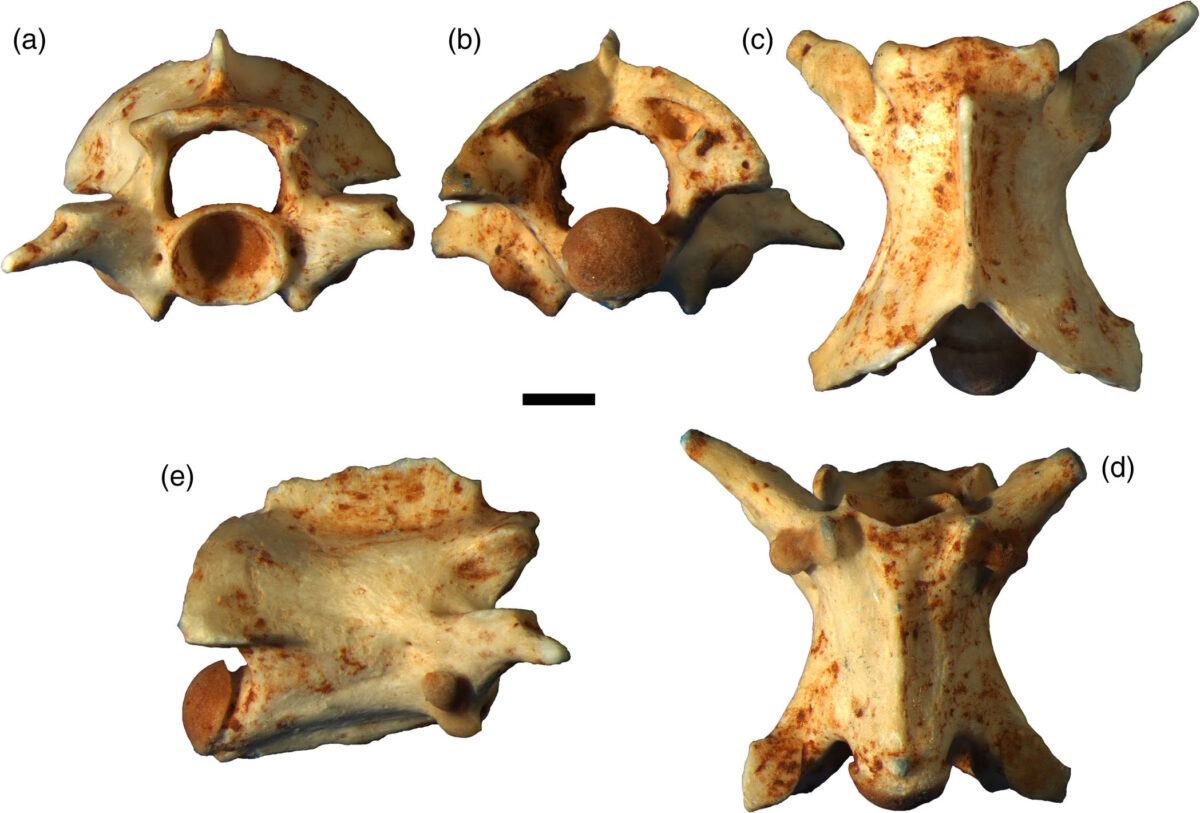 A Greek researcher referred to the long journey of another Odysseus… who migrated from Africa to Europe 5.5 million years ago, when describing a new species of snake which he christened after Homer’s hero.

While studying fossils from excavations in southern Spain at the Museum of Natural Sciences in Madrid, Palaeontologist Dr. George Georgalis from the Institute for Systematics and Evolution of Animals of the Polish Academy of Sciences, Krakow, identified a new species of snake belonging to the modern genus Psammophis that lives in Africa and Asia.

“I named the new species Psammophis odysseus in honour of the legendary Odysseus. The finding of this new species of snake is the first and only appearance of this genus in Europe”, Mr. Georgalis explains to the Athens and Macedonia News Agency, having studied vertebrae of the animal that had not yet been identified.

“What makes the research more interesting however is the age of the new species which lived about 5.5 million years ago; exactly at the time of the so-called “Messinian Salinity Crisis” in which the Strait of Gibraltar closed, the Mediterranean dried up for the most part, transforming many parts of the sea into a desert. This phenomenon had a huge impact on the environment of southern Europe and northern Africa as many land animals migrated from Africa to Europe and vice versa”.

The new species of snake has differences in some protuberances and formations of its vertebrae but is similar in size to the modern genus that is one meter long.

“Its location indicates one more category of animals that managed to cross from Africa to Europe at that time, but failed to survive after the end of the Salinity Crisis,” said the researcher who, along with Zbigniew Szyndlar, published a scientific paper a few days ago entitled “First occurrence of Psammophis (Serpentes) from Europe witnesses another Messinian herpetofaunal dispersal from Africa – biogeographic implications and a discussion of the vertebral morphology of psammophiid snakes” (The Anatomical Record).

Three years ago, Mr. Georgalis had also identified two more new species of snakes, aged about 6 to 5.5 million years from the region of Serres, christening them with the names “Periergophis micros(Odd small snake)” and “Paraxenophis spanios( Strange rare snake)“.