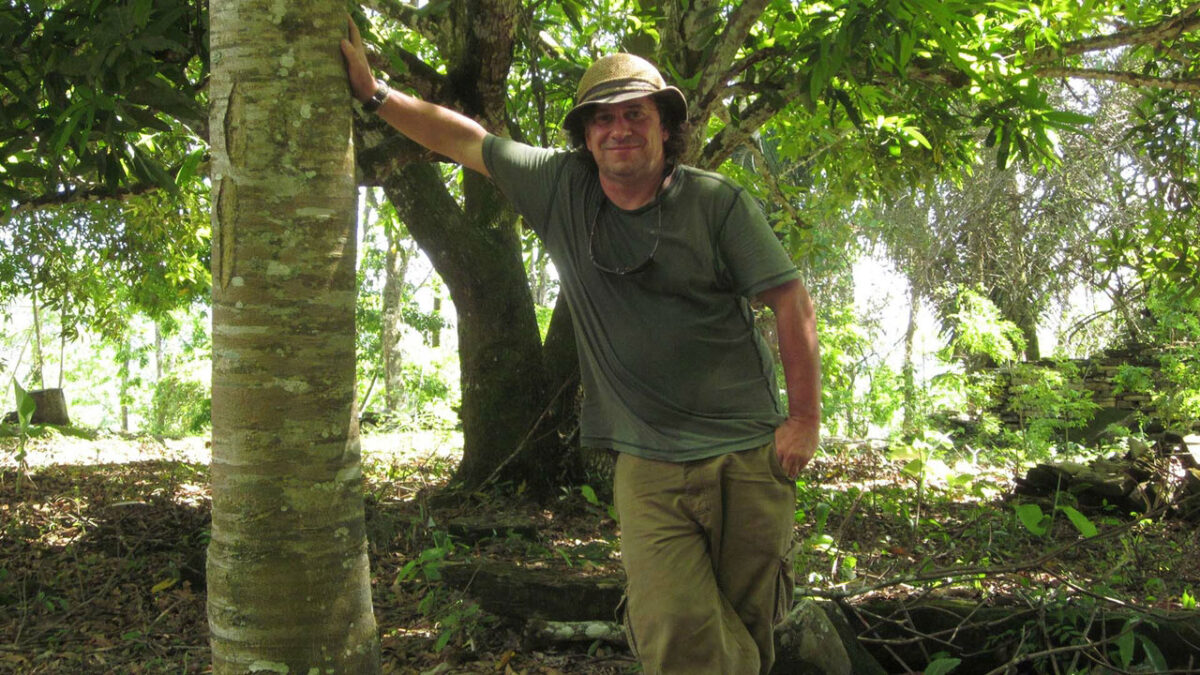 New research published by University of New Mexico archaeologist Keith Prufer shows that a site in Belize was critical in studying the origins of the ancient Maya people and the spread of maize as a staple food. According to the paper South-to-north migration preceded the advent of intensive farming in the Maya region, published this week in Nature Communications and co-led by Prufer, excavations in Belize, along with ancient DNA analysis, indicate a previously unknown migration of people–carrying maize–from an area of South America northward to the Maya region.

Prufer and his colleagues excavated 25 burials dating from 10,000 to 3,700 years ago from two cave or rock shelter sites located in the remote Maya Mountains of Belize, Central America. These sites were located below the overhang of tall limestone cliffs that sheltered the people living below and protected the deposits of the everyday debris and burials of the dead for over 7,000 years.

The excavated skeletons revealed a range of ancient DNA information on the movements of early populations in the Americas: An early southward migration of people from the north by 9,600 to 7,300 years ago show only distant relatedness to present-day Mesoamericans, including Maya-speaking populations; Then, a previously unknown movement from the south starting about 5,600 years ago made a major demographic impact on the region, contributing more than 50 percent of the ancestry of all later individuals. This new ancestry derived from a source ancestral to present-day Chibchan speakers living from Costa Rica to Colombia, according to Prufer, whose lab led the archaeological and isotope research.

The genetic prehistory of human populations in Central America was largely unexplored, leaving an important gap in our knowledge of the global expansion of humans, which is why this research is really exciting and ground-breaking, Prufer remarked.

The excavations and DNA analysis “support a scenario in which Chibchan-related horticulturalists moved northward into the southeastern Yucatan carrying improved varieties of maize, and possibly also manioc and chili peppers, and mixed with local populations to create new horticultural traditions that ultimately led to more intensive forms of maize agriculture much later in time…”

“We see the migration of these people as fundamentally important for development of farming and, eventually, large Maya speaking communities,” Prufer said, noting that maize provided essential protein and sugar energy, and could be stored in a dry place. Once people had a reliable source of food in maize, they tended to farm and stay in one place, leading to larger, established communities.

Maize wasn’t always an important part of the diet of these people, Prufer said. The earliest migrants likely gathered and ate the tiny cobs of a grass known as teosinte, as well as the earliest maize domesticates, even though the cobs were very small, along with other plants, shellfish, and game. By selecting the biggest and best seeds, they began to domesticate the plant, growing larger cobs, and increasingly altering the landscape and biodiversity, a process that likely occurred largely in South America.

Eventually the consumption of maize grew until it became a diet staple, much like the Europeans used wheat, Prufer said. The dispersal of maize grew, moving from the south, northward to the Maya population, and eventually across both continents so that when the Spanish arrived around 1500 AD, maize, or corn, was a staple of every Native American group’s diet.