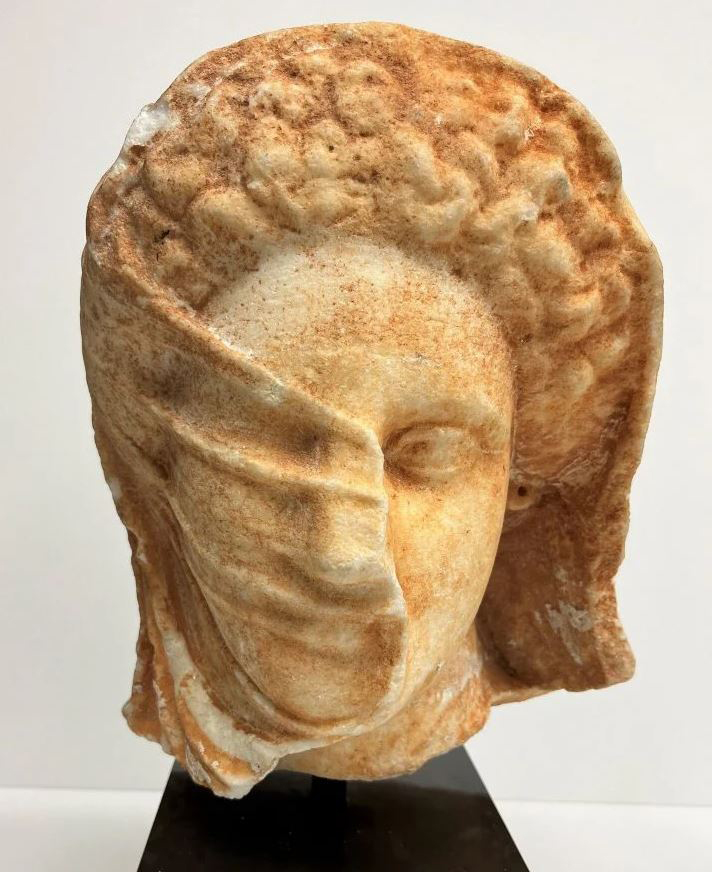 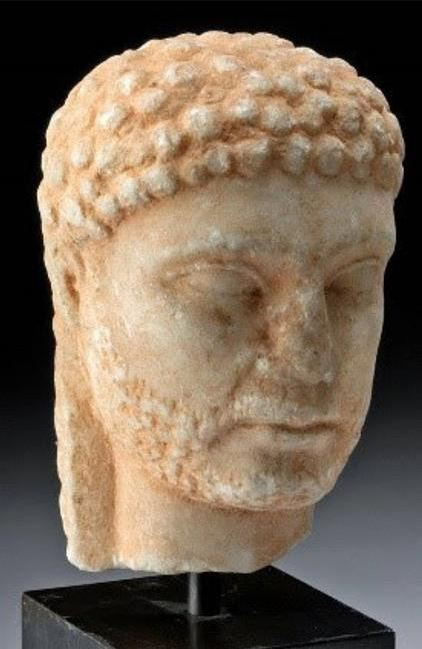 US Returns Two Antiquities to the People of Libya

Last week Manhattan District Attorney Alvin Bragg announced the return of two antiquities collectively valued at more than $500,000 to the people of Libya. The artifacts, “Veiled Head of a Lady” and “Bust of a Bearded Man,” were both looted from the ancient city of Cyrene, which faced rampant looting in the late 1980s and throughout the 1990s shortly before the appearance of the pieces on the international art market. The items were returned during a repatriation ceremony attended by the Charge d’Affaires of the Embassy of Libya in DC Khaled Daief, and U.S. Homeland Security Investigations (“HSI”) Acting Deputy Special Agent-in-Charge Mike Alfonso.

“These are more than just beautiful artifacts – they are windows into thousands of years of culture and deserve to be returned to their country of origin,” said District Attorney Bragg. “Manhattan is home to some of the most prized art and history pieces in the entire world, but they must be acquired legally. We will not allow New York to be a hub for trafficked antiquities, and will continue to crackdown on looting and smuggling across the globe in coordination with our law enforcement partners.”

“Thanks to the Manhattan District Attorney’s Office, we are grateful for the opportunity to repatriate this cultural artifact. We would like to express our highest appreciation and gratitude for the efforts undertaken by the Manhattan District Attorney and his staff, the Department of Homeland Security, and everyone that worked to ensure that this invaluable Libyan artifact returns to its homeland in Shahat Museum,” said Charge d’Affaires of the Embassy of Libya Khaled Daief.

Homeland Security Investigations (HSI) New York Acting Special Agent in Charge Ricky J. Patel said, “HSI is honored to return these incredibly significant antiquities to the people of Libya.  The stunning ‘Veiled Head of a Lady,’ which dates back to late 4th century B.C., and the extraordinary ‘Bust of a Bearded Man,’ both of which derive from Cyrenaica’s rich archaeological heritage.  For decades, these pieces were stolen and trafficked around the world, ultimately landing in the United States.  HSI is proud to partner with the Manhattan District Attorney’s Office to actively pursue the theft of these national treasures and work to preserve the cultural history of nation’s throughout the world.  Today, we return these invaluable pieces to the country of Libya – their rightful home.”

As part of an ongoing criminal investigation concerning antiquities looted from the Middle East and North Africa, the Antiquities Trafficking Unit uncovered evidence that the two antiquities repatriated today had been looted from Cyrene, an archaeological site located near modern-day Shahat, Libya.

Dating to roughly 350 B.C.E, the Veiled Head of a Lady is valued at nearly half a million dollars and was seized from the Metropolitan Museum of Art where it was on view since 1998. Prior to its display at the Met, the piece had been looted from a tomb in Cyrene, smuggled into Egypt by an antiquities trafficker known to the Manhattan District Attorney’s Office, and then shipped to New York. Dating to 100-300 C.E., the Bust of a Bearded Man is valued at $30,000 and was also looted from Cyrene, where it originated in a tomb rich with small niches. The piece was smuggled from Libya to Geneva, Switzerland, before arriving in Manhattan.

In January of this year, the Manhattan D.A.’s Office returned another marble antiquity looted from Cyrene valued at $1.2 million the “Veiled Head of a Female,” to the people of Libya.