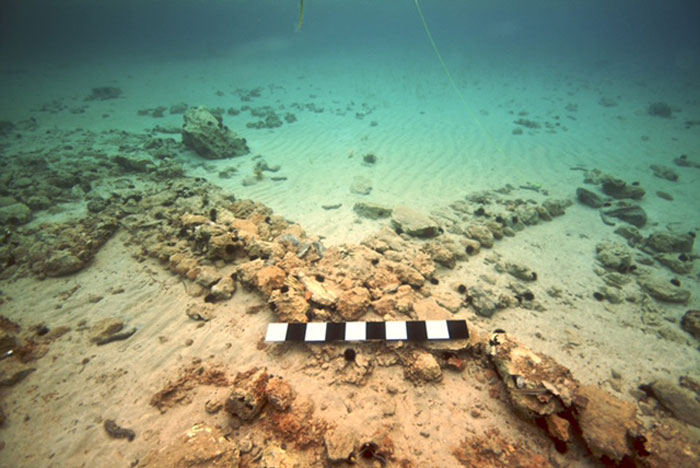 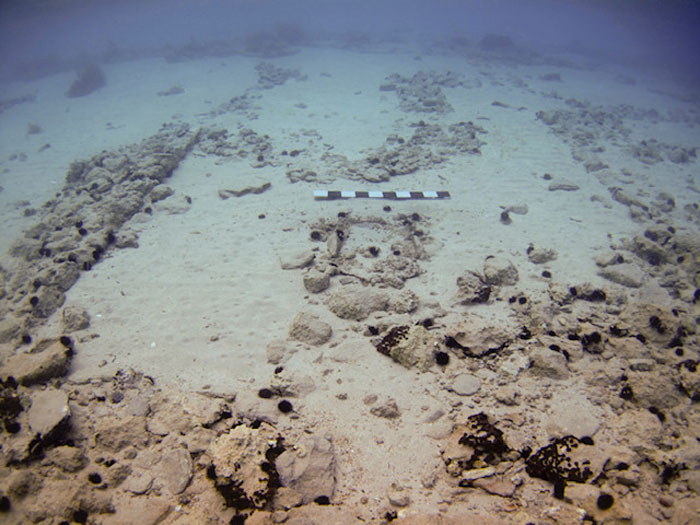 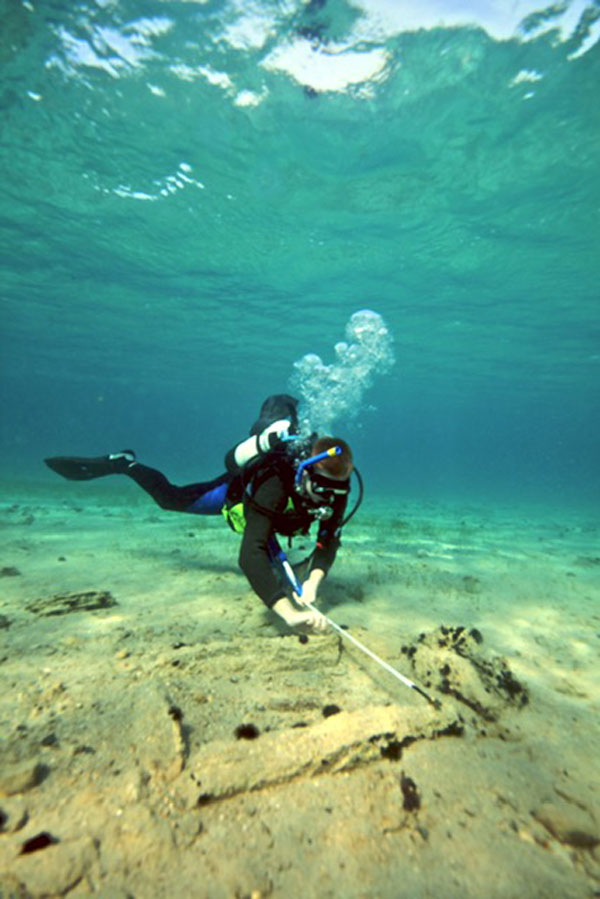 Pavlopetri in Laconia comes to life

The most ancient sunken city

It is the oldest sunken city, located in the southeastern Peloponnese, next to Elafonisos. Pavlopetri is thought to have been inhabited in the Bronze Age, from 3000 to 1100 BC. It seems that a big earthquake in the area sank the city. But five thousand years later, there are still traces of buildings, courtyards, streets and tombs. UNESCO recognizes Pavlopetri as the oldest underwater city in the world and in 2016 included it in the World Monument Observatory.

The sunken ruins are situated three to four meters under water and cover an area of 50,000 sq.m.  in the bay of Vatika, between the Pounta beach and the islet of Pavlopetri. Archaeological finds make up the oldest complete city found under water. The Region of the Peloponnese, supervised by the Ephorate of Underwater Antiquities of the Ministry of Culture and Sports, chose Pavlopetri in Laconia as an INHERITURA area. Small-scale interventions were conducted to highlight the globally interesting underwater city as a place for mild tourist development. “These constructions are underwater information boards that have never been seen before in any archaeological settlement and underwater routes for swimmers”, said archaeologist Despina Koutsoumba of the Ephorate of Underwater Antiquities to the Athens and Macedonia News Agency.

Pavlopetri has joined the INTERREG-MED 2014-2020 European programme. Moreover, in the INHERIT project, the Region of the Peloponnese has been put in charge of fifteen partners from twelve countries including Italy, Spain, Cyprus and Malta. The aim of the programme is to protect and promote the Mediterranean’s natural resources and improve prospects of developing sustainable and responsible tourism. “A new tourism development strategy must be designed  that prioritizes the protection of natural heritage. Excesses, refuse, construction, over consumption of water, erosion, losses in biodiversity and traffic congestion are some of today’s problems”, said deputy governor of Laconia, Nikon Tzinieris to the AMNA. The total budget for all countries participating in the European project INHERIT amounts to 5.7 million euros and 591.780 euros have been disbursed to the Region of the Peloponnese. “It’s one of the few places in the world where you can literally swim along a sunken street in an ancient city or look inside a tomb,” said John Henderson, professor at the Underwater Archaeology Research Center of the University of Nottingham .

Apart from Pavlopetri, the region of Laconia also has the Cave of Kastania to highlight, which is considered by scientists as a “adolescent organism”, since it is just three million years old. The cave was discovered in 1910 by the farmer Spyros Stivaktas when he noticed that his bees were hiding under ground for hours. He then realized they had found water. Today the Kastania Cave is considered one of the richest in Europe regarding the density and variety of its shapes and colours. “Incoming messages are positive. Advance reservations show there is a tendency for people to want to travel and visit our destination. Last year as well we had very good recovery numbers in relation to the rest of the country because this destination offers a lot in terms of accessibility, authenticity that visitors are looking for, and contact with nature. Also contributing to these results are the actions we have taken regarding infrastructure, services and promotion of tourism”, said Anna Kalogeropoulou, the Peloponnese Region’s Deputy Regional Minister of Tourism and Culture.

Apart from its natural wealth, however, the region of Laconia is famous for its agricultural products and the sweet wine Malvasia which began being produced in Monemvasia from the 12th century. “We would hear about Malvasia and think it was a fairy tale, because we had been hearing about it since childhood. But it was actually the region’s real history. Monemvasia’s economy depended on its production. The hinterland produced wine that dominated the whole world at that time”, says George Tsimpidis, owner of the largest winery in the area, who produces three hundred thousand bottles of wine every year, reviving the age old Malvasia variety but also newer ones such as Kidonitsa and Asproudi.