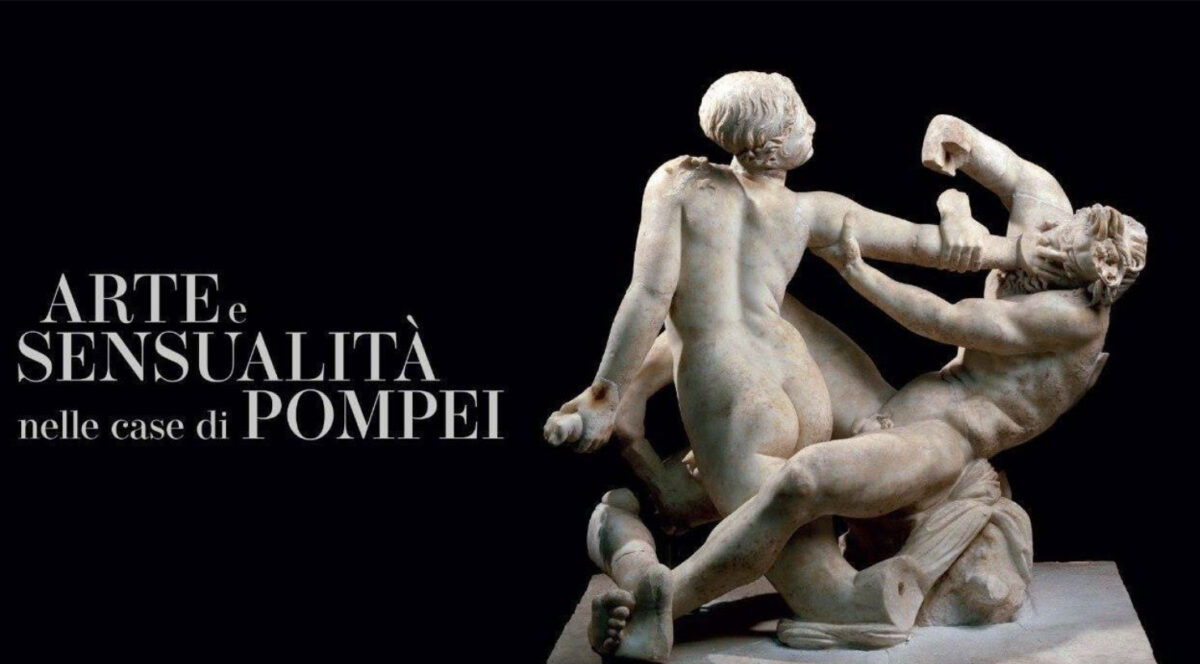 Art and Sensuality in the Houses of Pompeii

With a widely diverse audience originating from all over the world, which in recent months has been returning to Pompeii, the question of how to explain the extent of sensuality in the imagery of Pompeii is more apposite than ever.

The exhibition thereby highlights the recent discoveries in the context of of the Great Pompeii Project and the new investigations conducted under the direction of Massimo Osanna, now Director General of Museums and author, along with Luana Toniolo, of the essay ‘The hidden world of Pompeii: the wedding chariot, the room of the slaves and recent discoveries’, published by Rizzoli.

In addition, ‘The Centaurs of Pompeii’, a children’s guide written by the Director and illustrated by Daniela Pergreffi, seeks to explain a ‘difficult’ subject to younger visitors, by following the footsteps of the centaur Mares in his search for a centauress. As well as enjoying the exhibition, by following the story, younger and older readers will encounter a series of figures central to ancient mythology, from Narcissus to Dionysus and Ariadne.

“In these times of pandemic emergency and war, this exhibition seeks to be an ode to the resilience of beauty – declares Director of the Archaeological Park of Pompeii, Gabriel Zuchtriegel – but from a historical perspective, which helps us to understand that even in the past, art and the imagination were interwoven with social, cultural and political relationships and hierarchies. That we today may admire in Pompeii an ancient city with frescoes, statues and furnishings in the very positions in which they were buried by the eruption of AD 79, is a wondrous gift of history that we must preserve and pass on to future generations. The exhibition, which serves as a kind of introduction to the site visit, seeks to contribute to this, also highlighting many works previously in storage which in some cases have been
restored and subjected to new studies prior to being displayed to the public.”

“This exhibition belongs to the category of research exhibitions, aimed at valorising both the cultural asset and the site but also the multiple relationships, the collaboration between differing research methodologies and the responsibilities of protection and management” – adds Maria Luisa Catoni – “It allows the visitor to establish a physical relationship between what is on display and other objects and locations in the site, including several new discoveries only recently brought to light. The visitor thus enters an exhibition in which he can see not only objects of great interest and beauty but also use them as ‘pointers’ to different contexts: the context of Pompeii and the archaeological site, the context of the Villas, for example those of Stabiae and Oplontis, the context of the Greco-Roman cultural exchange over the course of the 1st century AD, the context of the codification and tradition of erotic and sensual images, and the context of the functions and uses of such images in the areas they decorated and so on. In few other places in the world is it possible to offer a visitor such a complex and interactive journey. At Pompeii this is made possible as a result of the extraordinary commitment made by the site over several years to the fields of research and the communication of research, as well as by the opening of the site to researchers from all over the world”.

The exhibition area, which occupies the western portico of the Large Palaestra, will lead the visitor through an ideal Pompeian house, with scans of its various rooms, in which the works are displayed: the atrium, the cubiculum (bedroom), the triclinium (dining room) and the peristyle (internal colonnaded garden).

The exhibition will be completed with an itinerary to discover various buildings on the site which are characterised by frescoes and references to the theme, with the support of an app, while a guide for children will assist youngsters to visit the exhibition and learn about a series of figures central to ancient mythology.

The curators of the exhibition are Gabriel Zuchtriegel, Director of the Archaeological Park of Pompeii, and Maria Luisa Catoni, Professor of History and Archaeology of Ancient Art at the IMT School for Advanced Studies, Lucca.