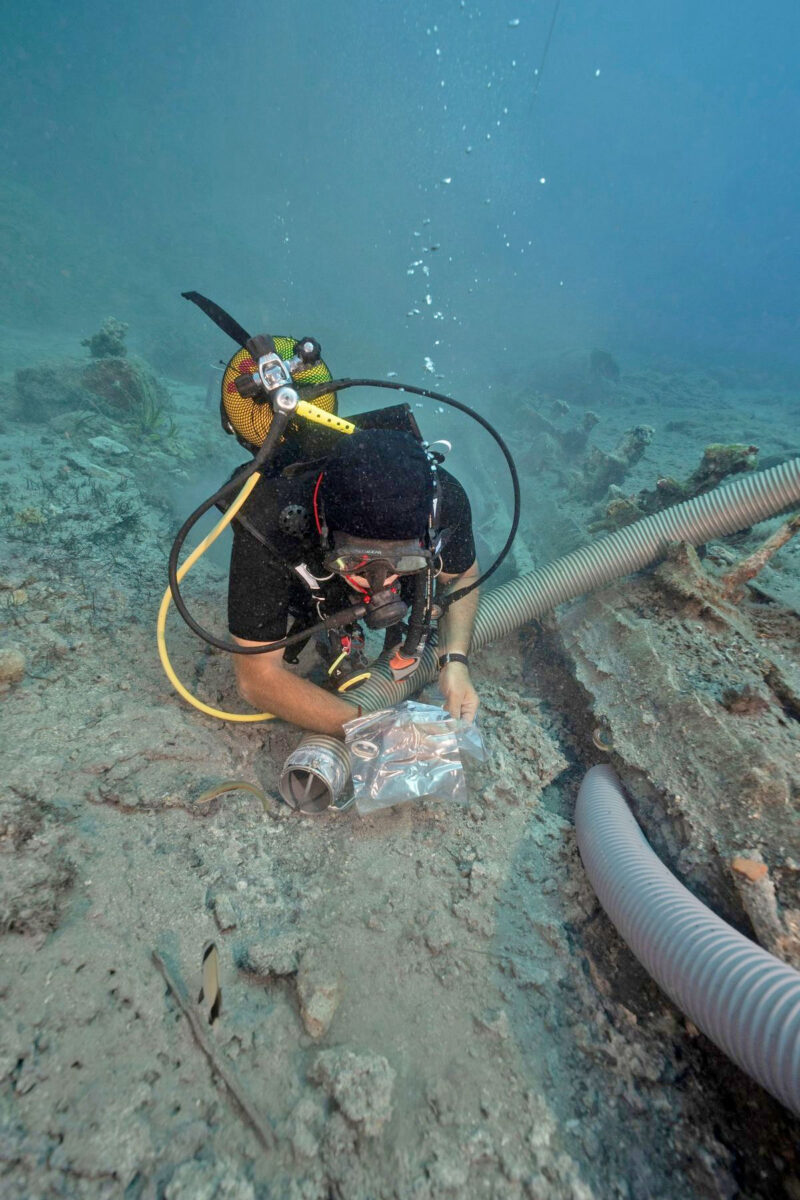 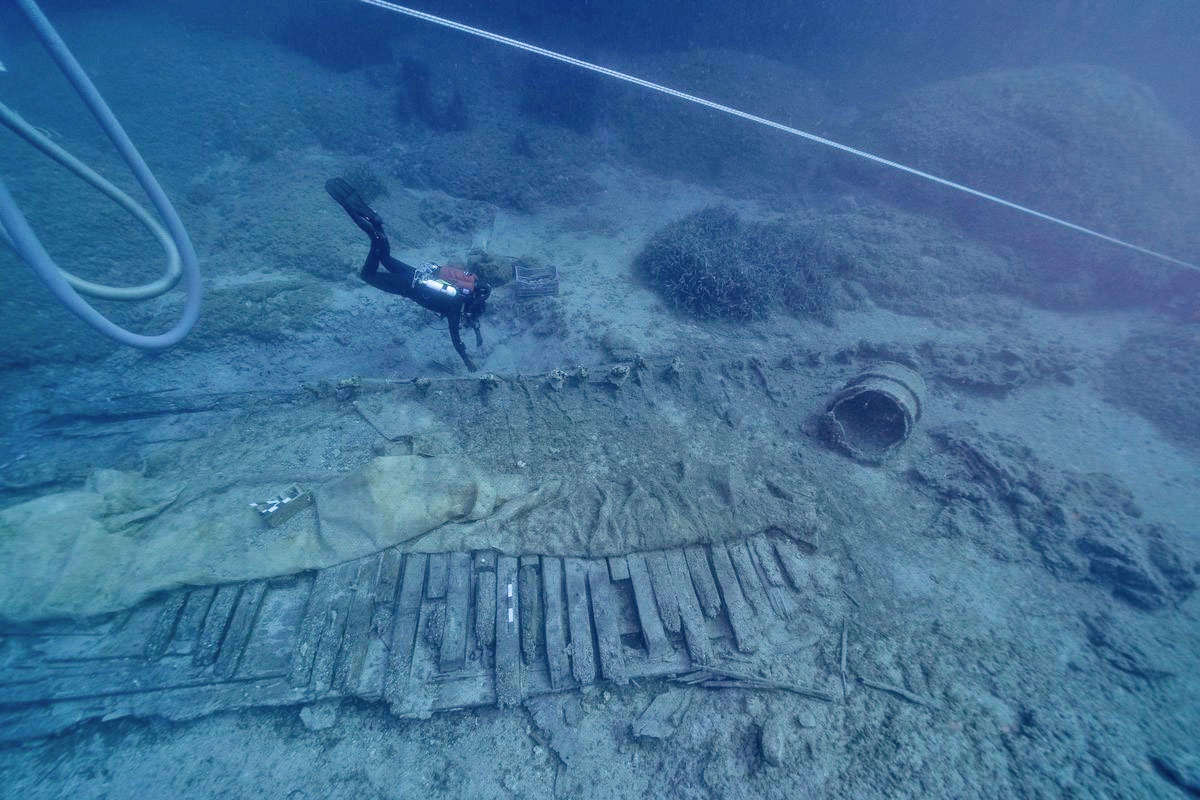 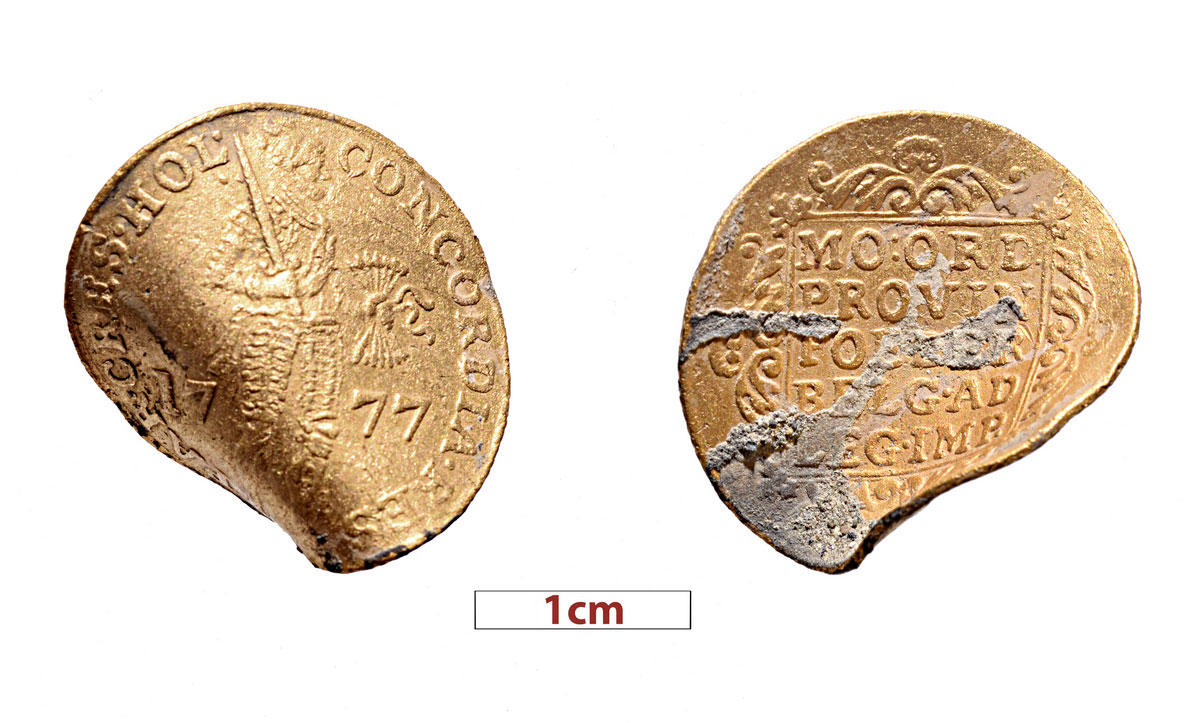 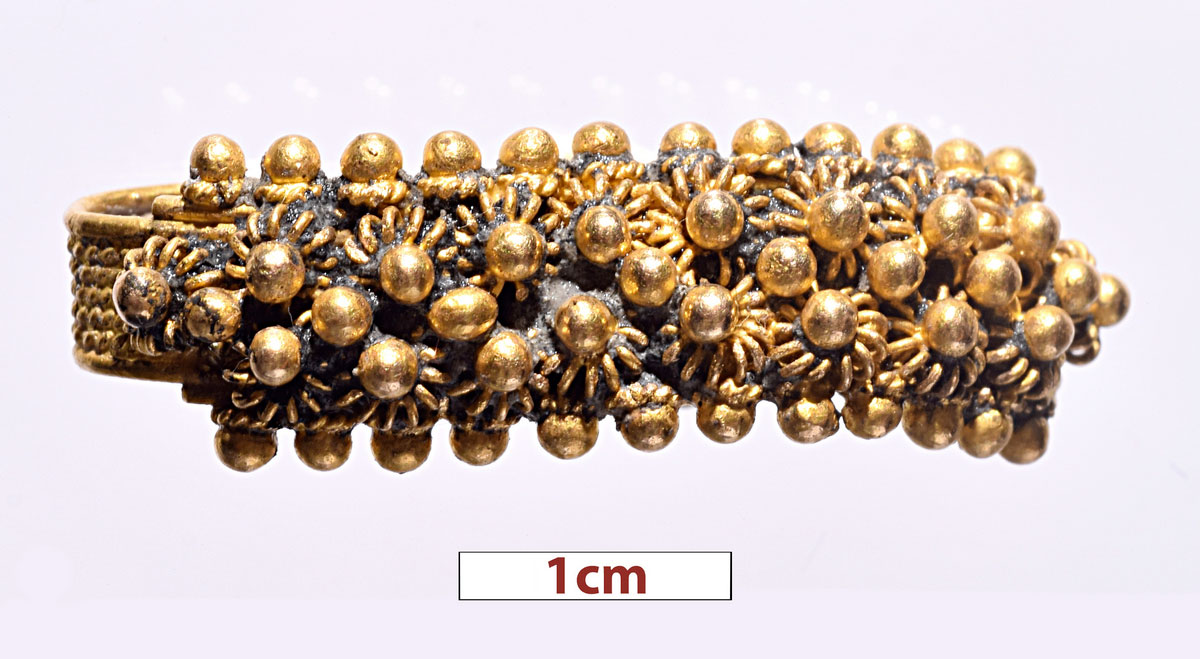 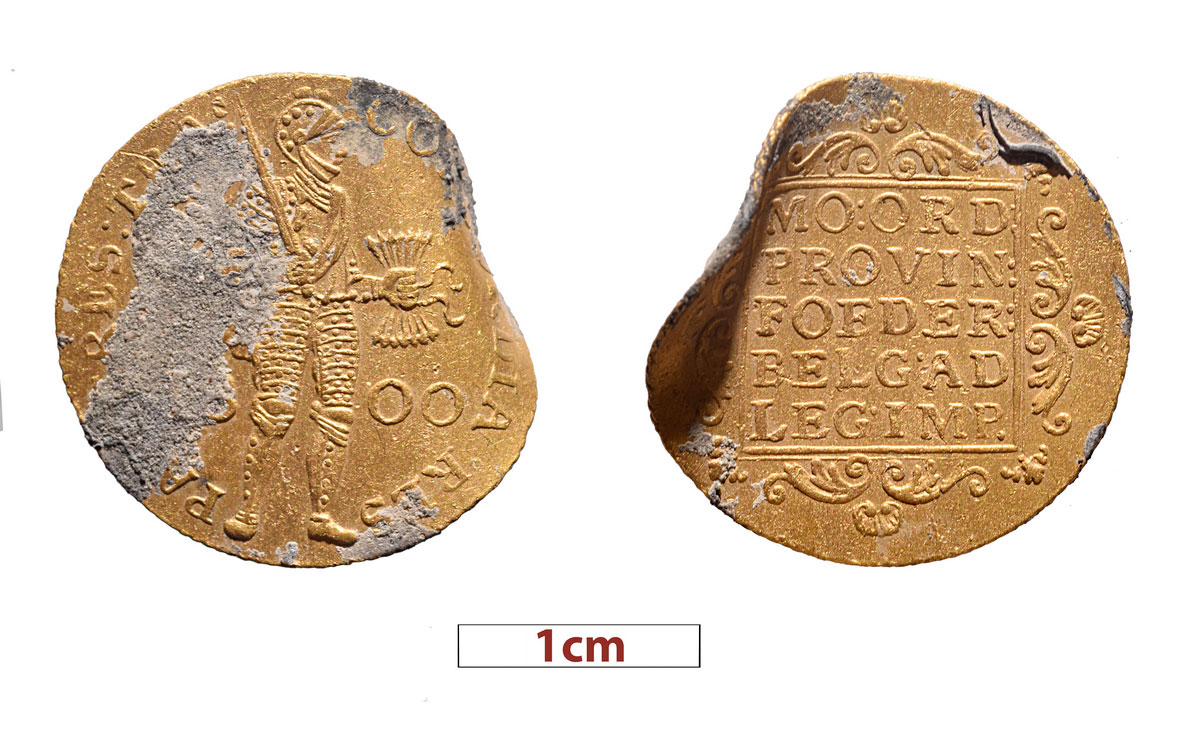 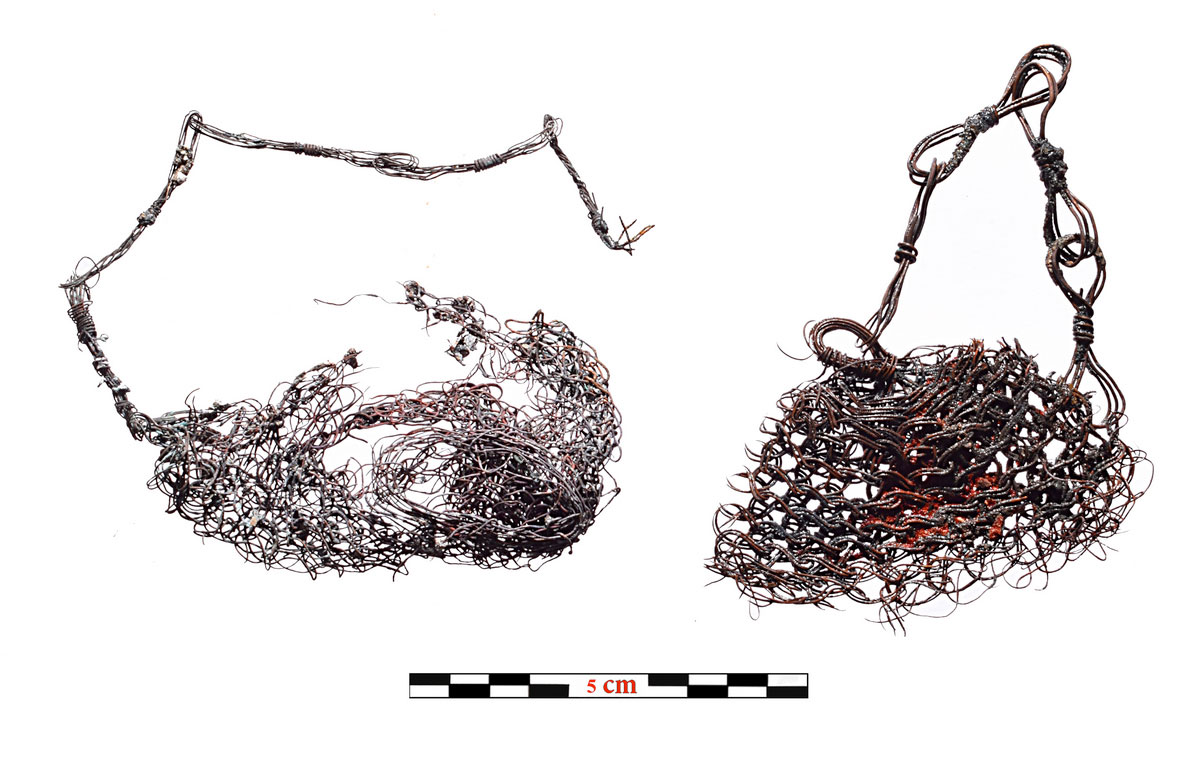 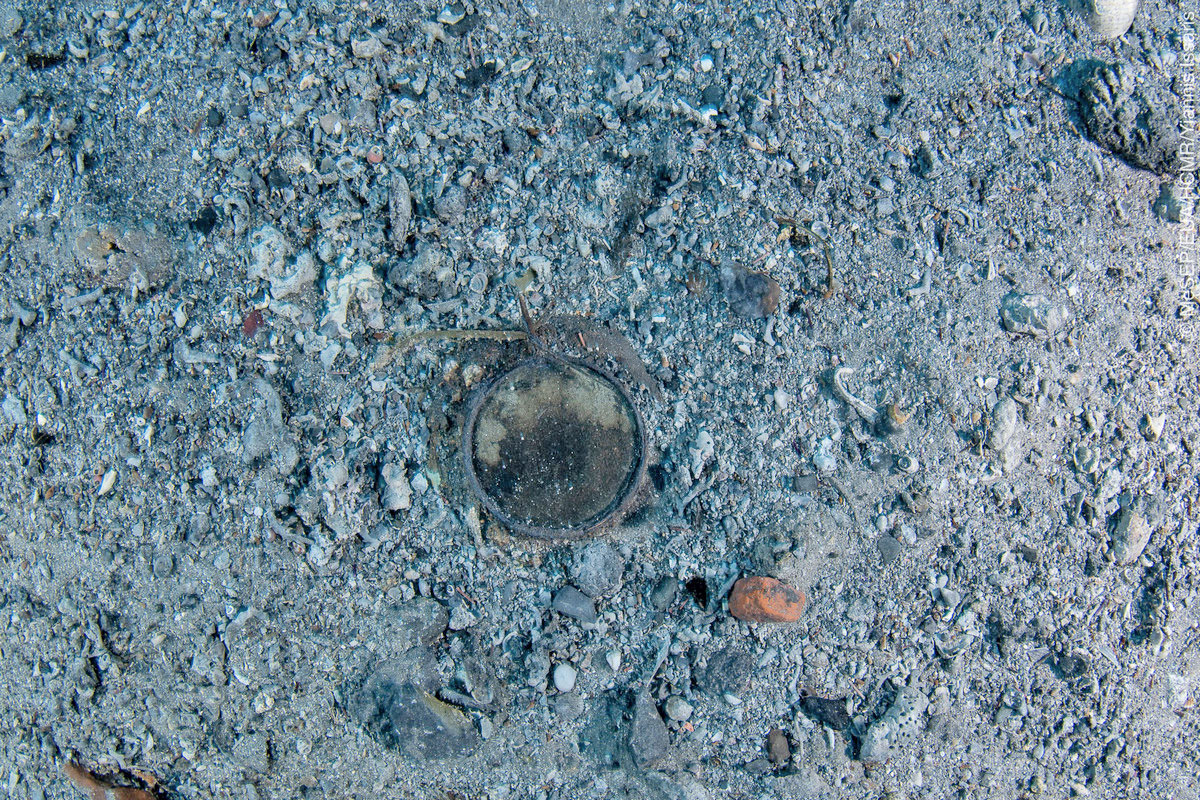 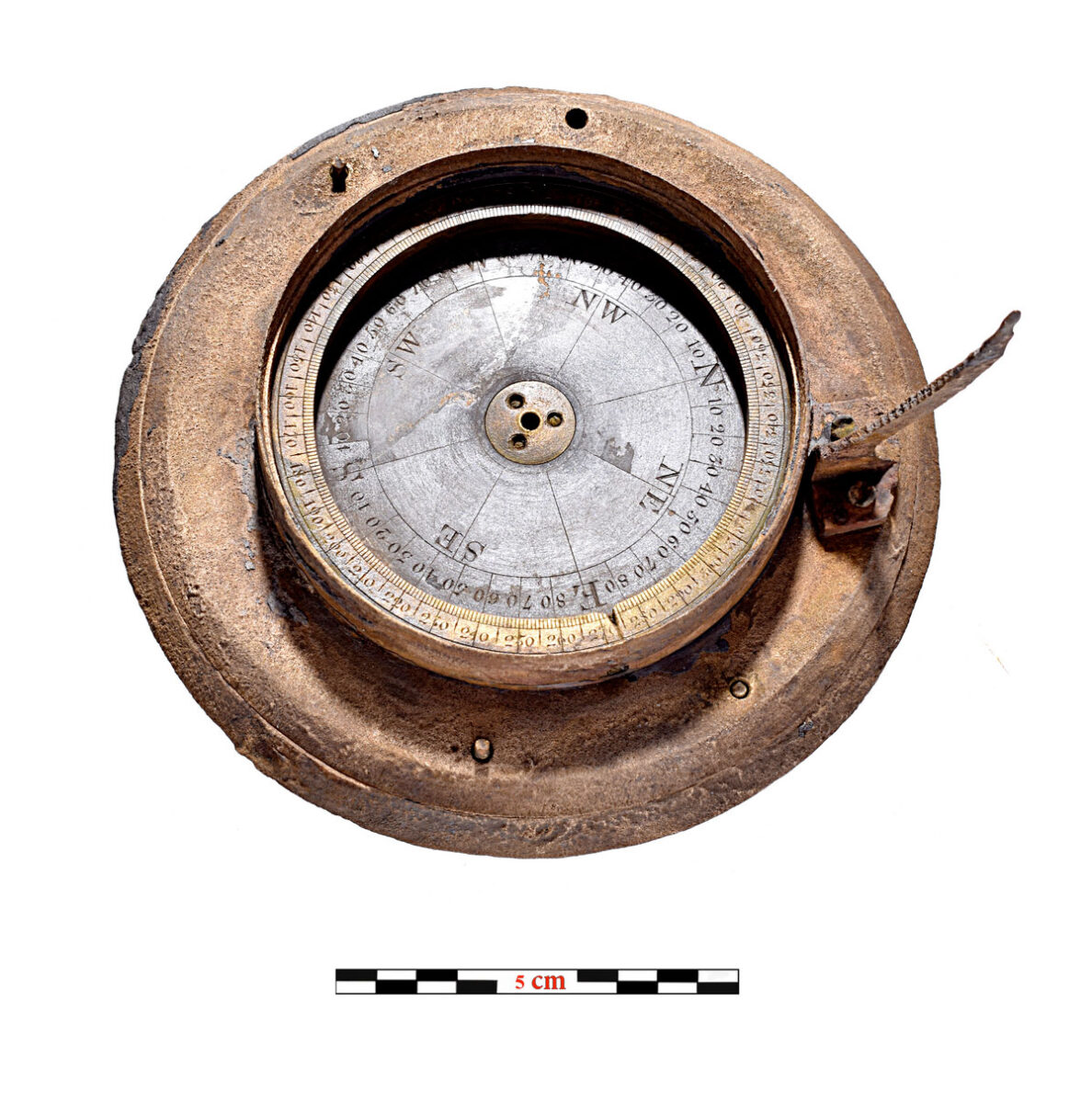 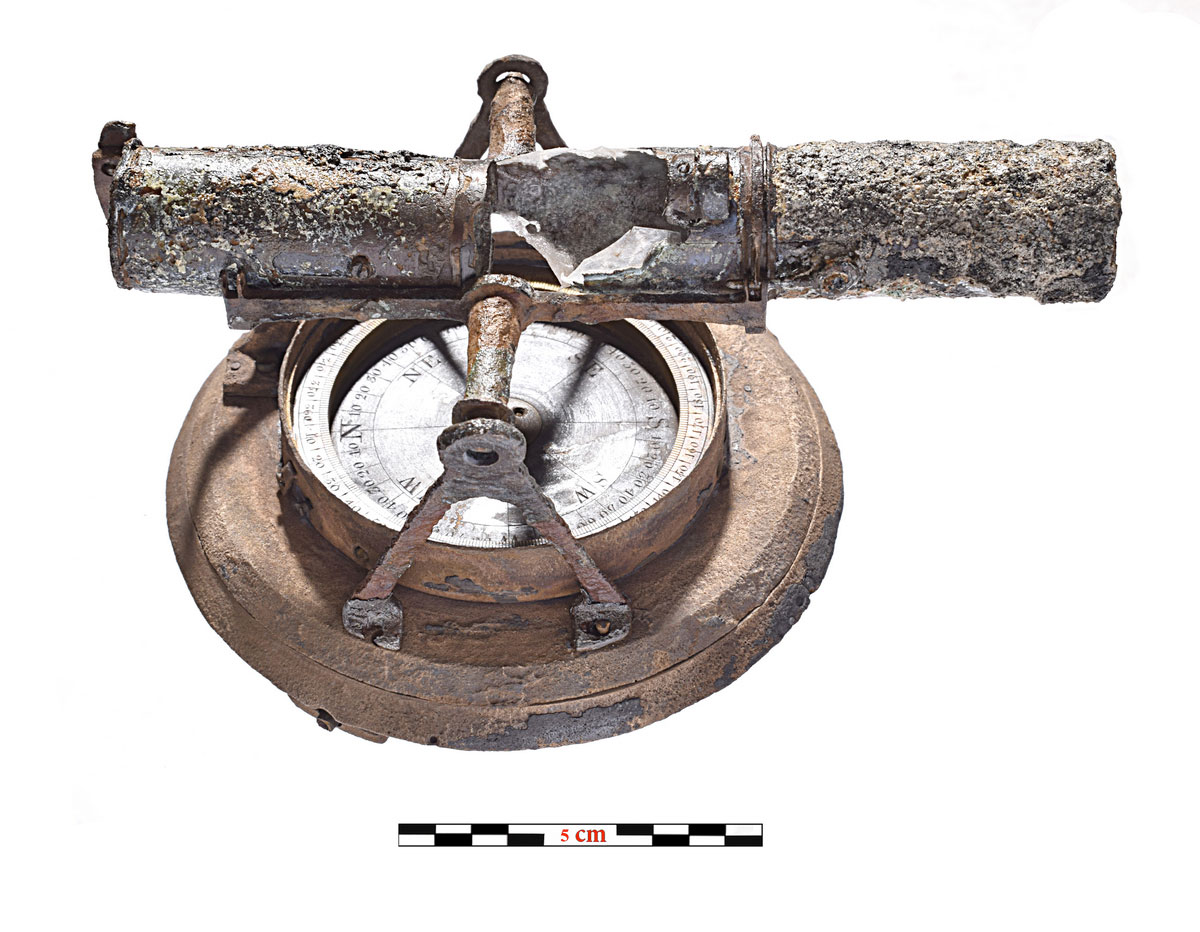 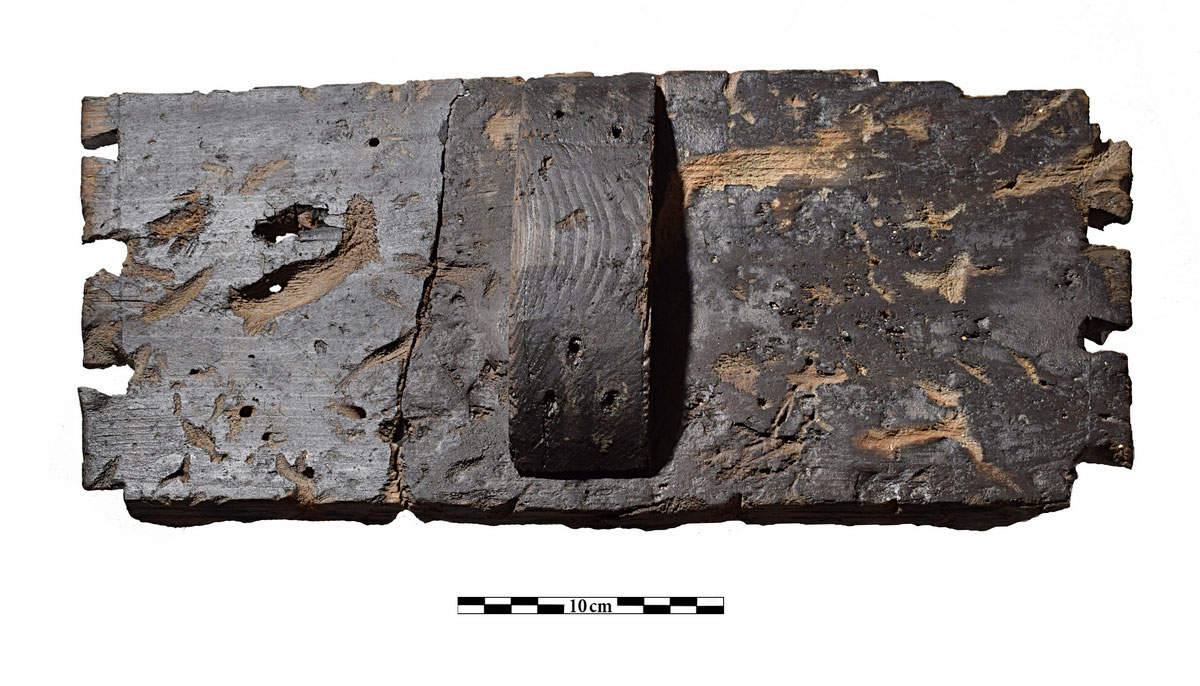 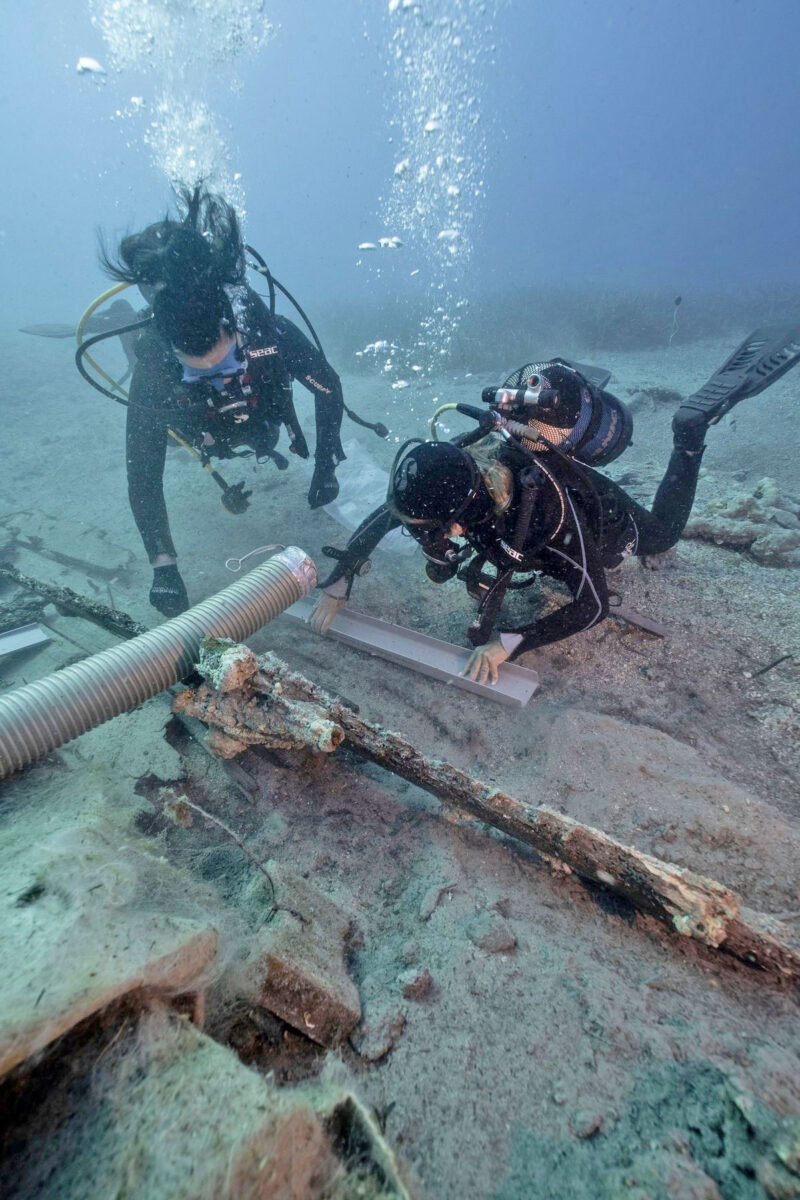 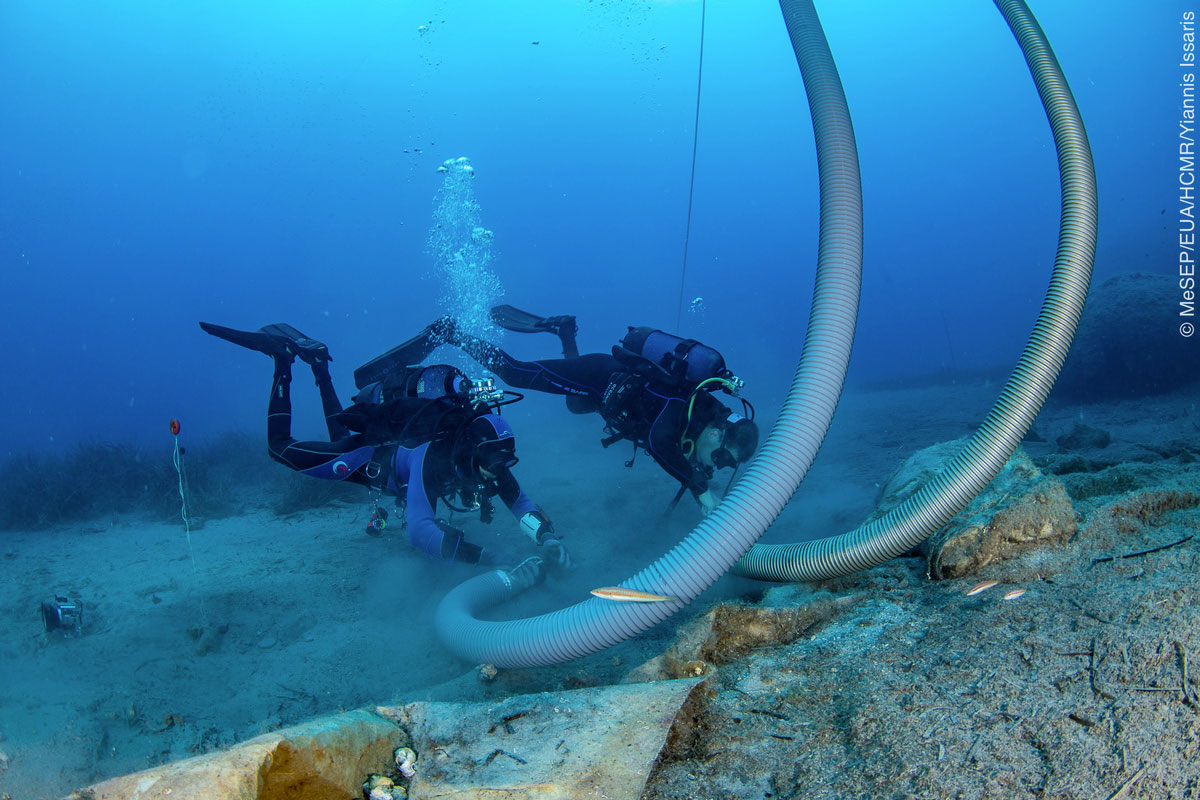 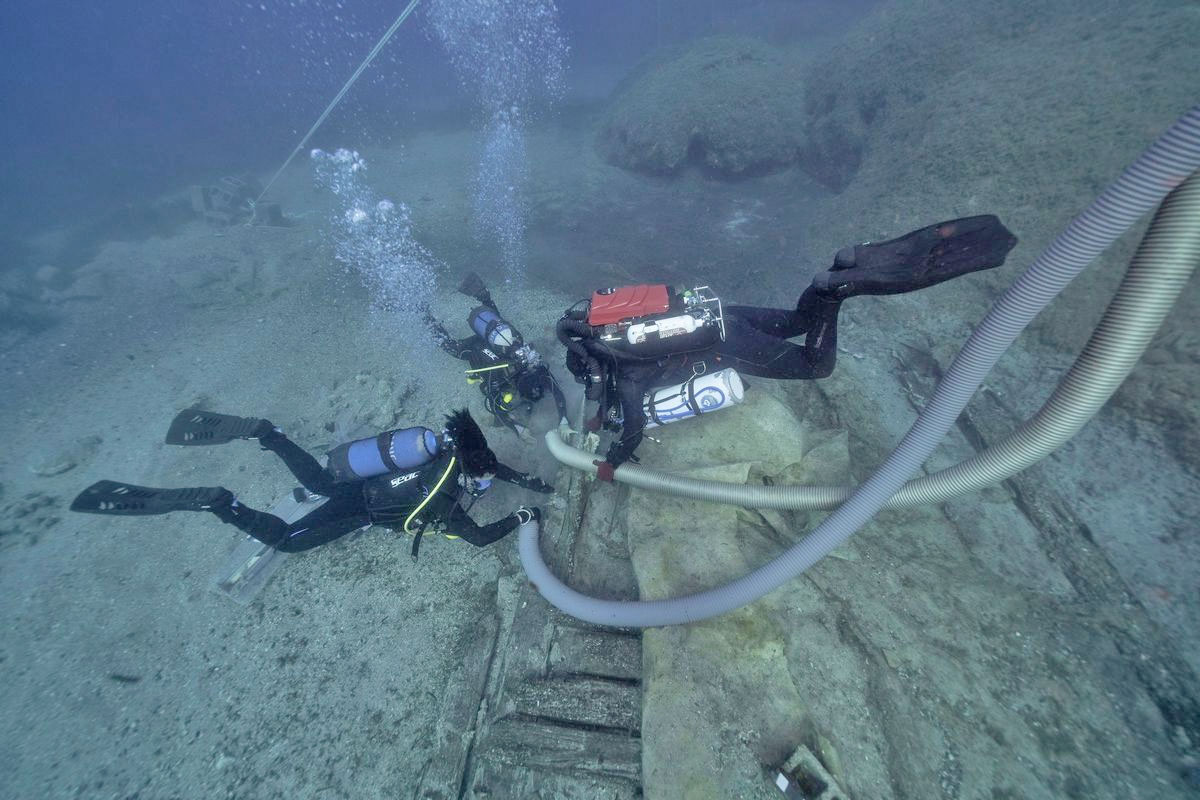 Results of the underwater archaeological research

Τhe results of the recent underwater research on the wreck of the ship “Mentor” are extremely important. They show us how the ship was built while the moveable findings give us a clearer picture both of life on board and of the personal belongings carried by its passengers in their luggage.

Headed by archaeologist Dr. Dimitris Kourkoumelis, the Ephorate of Underwater Antiquities continued its systematic archaeological research of the historic shipwreck “Mentor”, which sank in September 1802 outside the port of Aulaimon, southeast of Kythera. The “Mentor” was one of the ships used by Lord Elgin to transport the antiquities he had removed among other things from the Acropolis monuments. During the recent underwater research, two excavation trenches were made along the ship’s surviving hull.

The first trench was made along the keel on its north side, with the aim of studying its construction details. The Z-shaped connecting point of the two parts of the keel was located and it was found that the copper sheets that covered it had folded in various places, indicating that after it sank the ship probably dragged itself along for a few meters, until it rested its left side on the sea bed. At this spot, parts of the ropes from the ship’s equipment and other small items related to the crew and passengers had been trapped between the planks and other pieces of wood. These included parts of a military uniform’s wire epaulettes, pieces of wooden furniture, as well as a gold ring decorated with flowers and dots. An identical ring had been brought up during the 2019 survey.

The second trench was opened on the southern surviving part of the ship, along its frames and sheathing. The aim was to check the surviving limits of the hull, to make observations and measurements on the shipbuilding components and to look for any objects that might have rolled out of the hull after its sinking. The trench covered almost the entire surviving length of the hull’s southern end. It was found that large pieces of copper sheets were preserved under the sheathing from its external protective copper plating, and the sheathing itself was preserved in fairly good condition, although it showed damage from living organisms in various places. Of particular interest among the finds brought up were two large pieces of rope, part of a sextant and two gold ducats from the Netherlands issued in 1777 and 1800 respectively. A particularly important find was the base of a surveying instrument, a theodolite, outside the ship’s hull. During work on its conservation, it was discovered that part of the topographic instrument could be reassembled by combining findings from earlier excavation periods of 2013 and 2015. This object acquires a  special significance as on board the ship was the well-known surveyor, traveler and collector of antiquities, officer in the artillery of Great Britain, William Martin Leake. The instrument most likely belonged to him and may have been used for the extensive mapping of antiquities made by him in Attica, but also in the greater area.