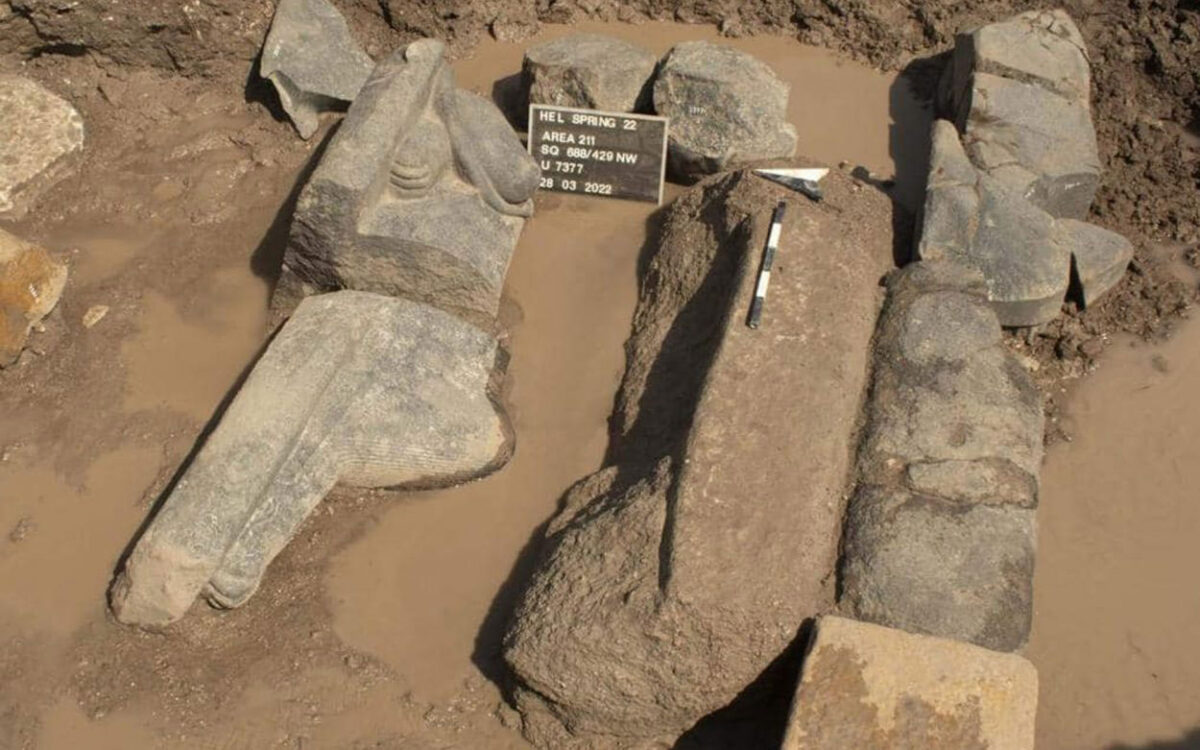 Stone blocks from reign of King Khufu discovered at Heliopolis

A joint German/Egyptian archaeological mission has discovered stone blocks from the reign of King Khufu in Heliopolis, Egypt.

Khufu or Cheops was an ancient Egyptian monarch, the second pharaoh of the Fourth Dynasty in the first half of the Old Kingdom period (26th century BC). Khufu is generally accepted for commissioning the construction of the Great Pyramid of Giza, one of the Seven Wonders of the Ancient World.

The mission was excavating in the ancient city of Heliopolis, the capital of the 13th or Heliopolite Nome of Lower Egypt and a major religious centre. Archaeologists uncovered large blocks of granite in the ruins of the Sun Temple near the obelisk of Senusret I, representing the first discovery from the period of King Khufu in the Ain Shams region.

Mustafa Waziri, Secretary General of the Supreme Council for Archaeology announced the discovery in a press release, suggesting that the stone may have been part of a building once situated at the Pyramids of Giza and later moved and repurposed during the Ramesside era (19th and 20th Dynasty).

Excavations also revealed the sarcophagi and altars from the era of Amenemhat IV, Sobekhotep IV, Ay, Seti I, Osorkon I, Takelot I, and Psamtik I, in addition to a sculptural model of quartz in the form of the Sphinx of King Amenhotep II, the base of a statue of King Amasis (Ahmose II), and the base of a colossal monkey statue of pink granite of a baboon.

The researchers also discovered archaeological layers dating back to the era of the Zero Dynasty (Naqada III period), layers of rubble pottery indicating religious and ritual activity in the third millennium BC and a piece of granite of King Pepi I (2280 BC) with an inscription of Horus.