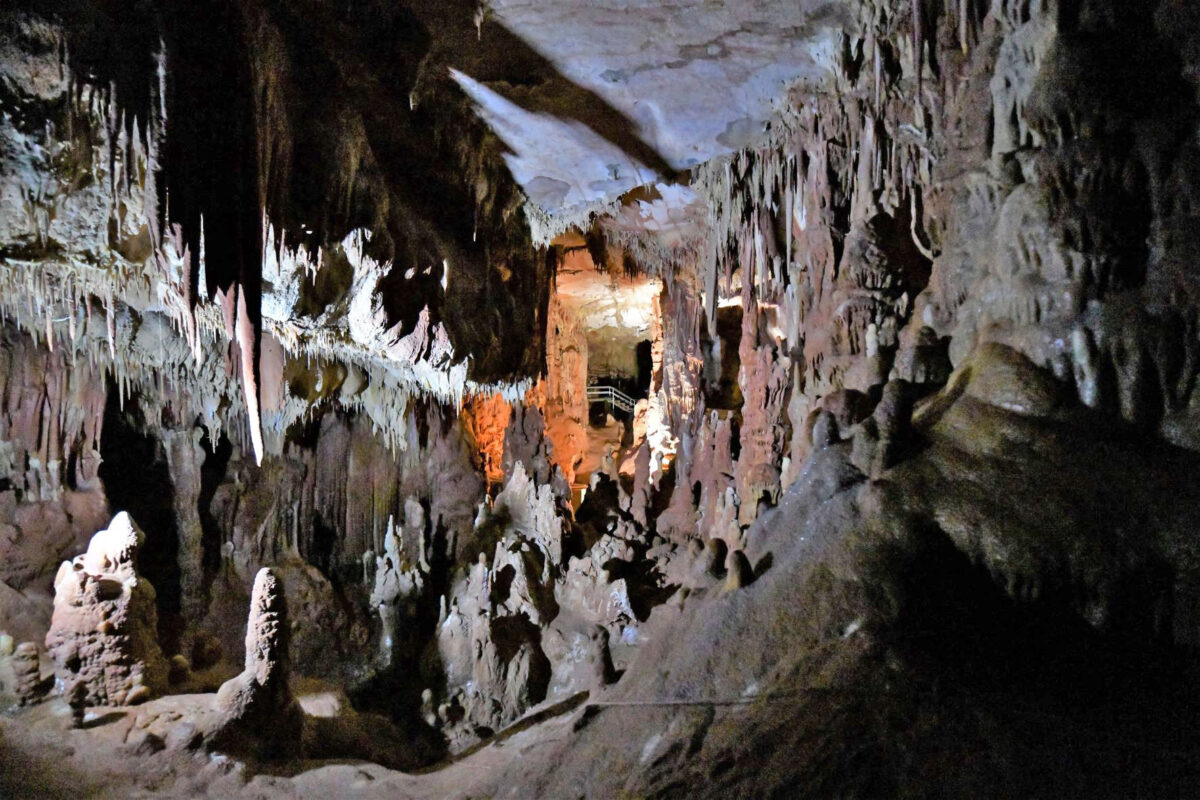 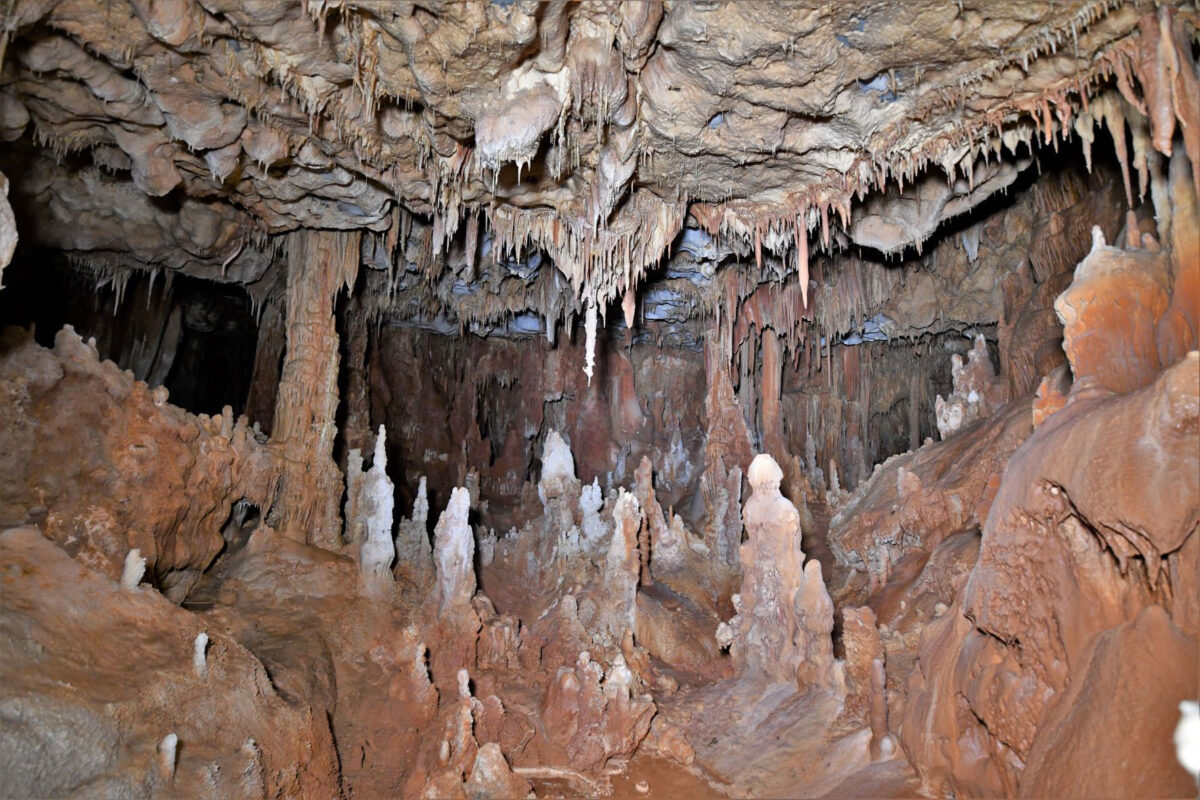 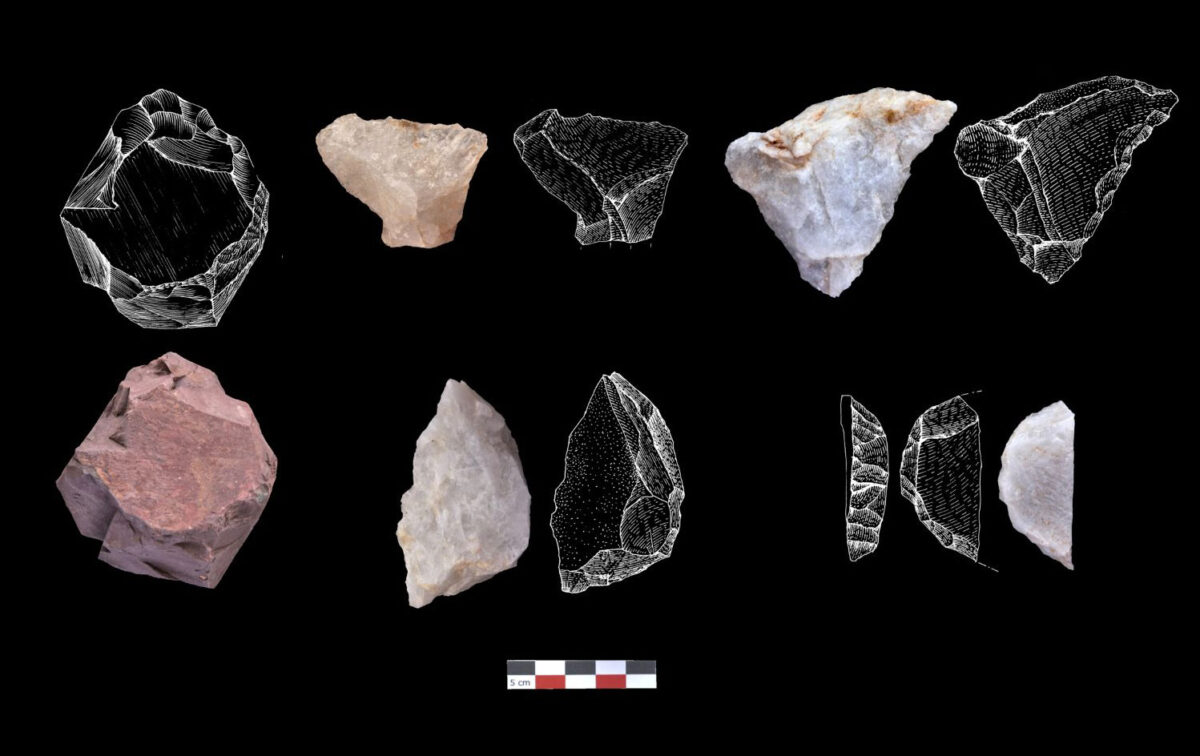 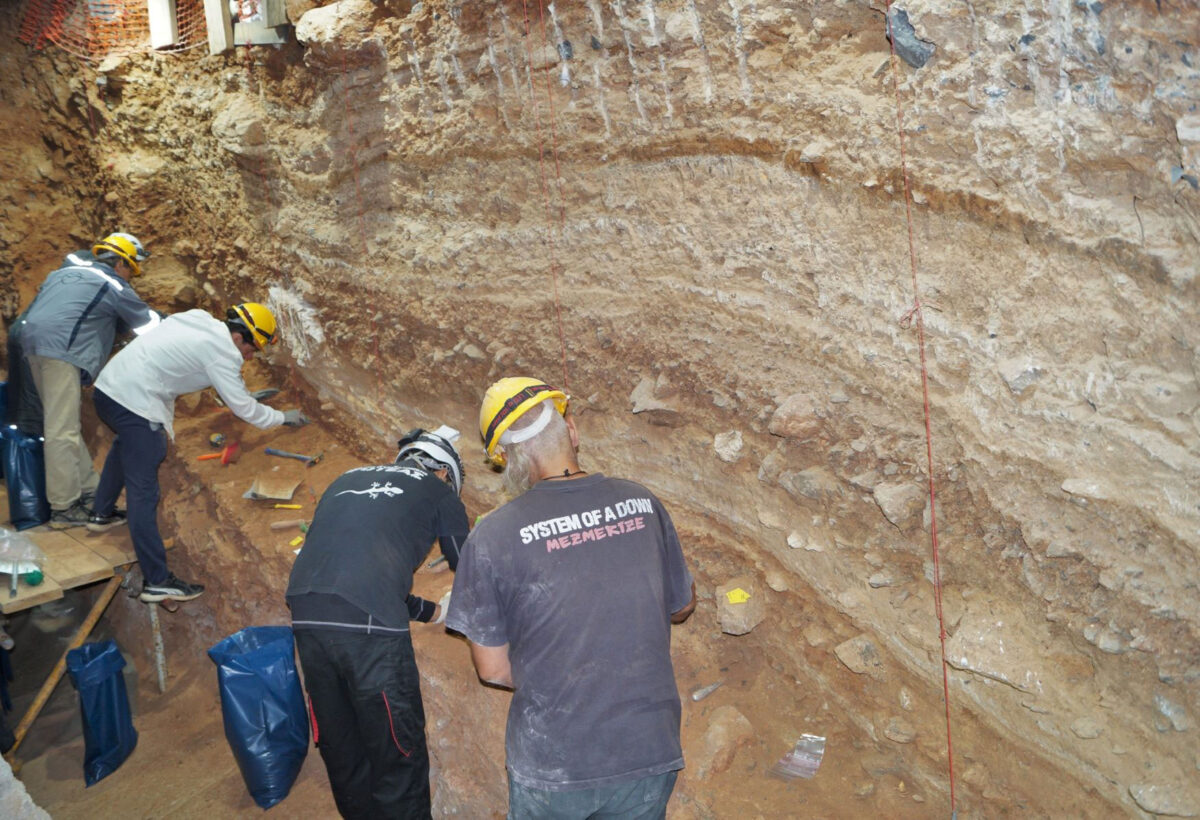 The Petralona Cave opens in the spring of 2023

Will the Archanthropus mystery be solved?

The Cave of Petralona in Halkidiki, safe and upgraded, is expected to reopen to the public before the summer of 2023, now providing documented evidence on the “Archanthropus”, the oldest European, as argued decades ago.

After Vergina, the Cave of Petralona was the second archaeological site in northern Greece with the highest number of visitors: approximately 70 thousand a year. “Since opening to the public in the mid-70s, it has be among the most frequently visited sites. This was good on the one hand, but on the other hand it also caused damages with the site not being very well maintained. We had reached a point where a lot of harm had been done essentially to its infrastructure. It was therefore necessary to carry out a major work of renovation-and upgrading”, said Andreas Darlas, head of the Paleoanthropology-Spelaeology Ephorate to the Athens and Macedonia News Agency/AMNA.

At the end of 2018 it closed to the public. Then its upgrading project “Promotion of the Petralona Cave and Upgrading of its Infrastructure” was included in the Regional Operational Programme (PEP) of Central Macedonia – NSRF 2014-2020 with a budget of 1,053,848 euros and work started in 2019. After conducting an inspection there, last July, the Minister of Culture and Sports Lina Mendoni stated that “in the next tourist season, the Cave of Petralona, as well as the Museum, will once again receive their numerous visitors. The service plans to hand over the cave in May and the museum in August of the following year”. She also noted that “the cave and the museum of Petralona must operate again, as they are an important cultural and economic resource for the district and the wider region”.

The “Archanthropus” and scientific documentation

In September 1960, a human skull was found in the Cave of Petralona. The anthropologist Aris Poulianos, who dealt with the find for many years, estimated that it was the oldest European. He named it “Archanthropus” and argued that not only the Cave, but also the wider region of Halkidiki was the cradle both of humankind and civilization. This was one of the two main, conflicting opinions that had been voiced concerning the Petralona Cave. The other advocated that the Cave was not an archaeological site, i.e. it had never been inhabited by a human being and that the skull had  found itself there accidentally.

Today, Mr. Darlas points out that the research excavation carried out as part of the ongoing project yielded many and well-documented findings. Although their study is still at a very early stage, they nevertheless prove that the Cave is an archaeological site, since it had been used by humans and indeed that its use lasted tens possibly even hundreds of millennia.

From the discovery of the skull to the present day, much older remains of humans and human activity have been found that are over 1.5 million years old in areas such as Georgia, the Iberian Peninsula and Italy. Therefore, the skull of Petralona can no longer be considered the most ancient of all.

However, Mr. Darlas says that the Petralona skull is the oldest human relic known to date from the Greek area. He further notes that the site of Petralona, even if not the most ancient, is included in the most ancient sites “and is particularly important as it is on the route from Asia to Europe”.

Food remains and tools from the Ice Age

With the evidence so far, the experts know that the Cave had been inhabited – densely in fact – by people in very far times, during the Lower Palaeolithic, in the geological period of the Middle Pleistocene, but without them being able to give an exact date. Moreover, Palaeolithic people did not have a permanent residence but moved from area to area depending on the seasons, so during the times they did not live in the Cave, carnivores, lions, bears and many hyenas also found refuge there.

Excavation documentation was made possible for the first time by the work on widening the Cave’s passage which was very narrow. “There were also finds from earlier excavations, but what was missing was the excavation documentation, i.e. where they had been found and how many of them were there” explains Mr. Darlas, adding that when the layers are dated, it will be clear to which period exactly the specific finds belong.

What is certain is that people had stayed there, something that had been disputed until now. “On the ground (on the ‘floor’) where they had stayed, they had left remains of food, tools and by-products from the crafting of stone tools” says Mr. Darlas. The detailed study of these finds gives us valuable information about the life, occupations, technology and environment of our distant ancestors.

Visiting the Cave is an experience

The visit to the Cave, internationally described as a “wonder of nature”, will now be “a different experience”, according to Mr. Darlas, with modern lighting, its stalagmites cleaned, a more comfortable and safe passage way and a section of it accessible to people with disabilities.

“All facilities will be more modern and secure. Inside the Cave, visitors will be able to admire its natural beauty, while getting information from a brochure and from the Museum” notes the head of the Palaeoanthropology-Spelaeology Ephorate.

According to Mr. Darlas, the Petralona Museum –closed to the public along with the Cave in 2018 – was very old and the finds were not properly displayed. The project “Re-exhibiting the collections of the Petralona Museum” is in progress, with a budget of 529,200 euros financed by the Regional Operational Programme/ PEP of Central Macedonia – NSRF 2014-2020.

“Our aim is to apply the museum concepts of today, so that people can see the new data and the earlier findings combining recreation and learning by using the latest technologies” explains the head of the Palaeoanthropology-Spelaeology Ephorate.

Work on the Museum began in 2021 and it is expected to open to the public immediately after the Cave. The project for the accessibility of people with disabilities between the cave and the museum is included by the Ministry of Culture and Sports so as to be financed by the Recovery Fund.