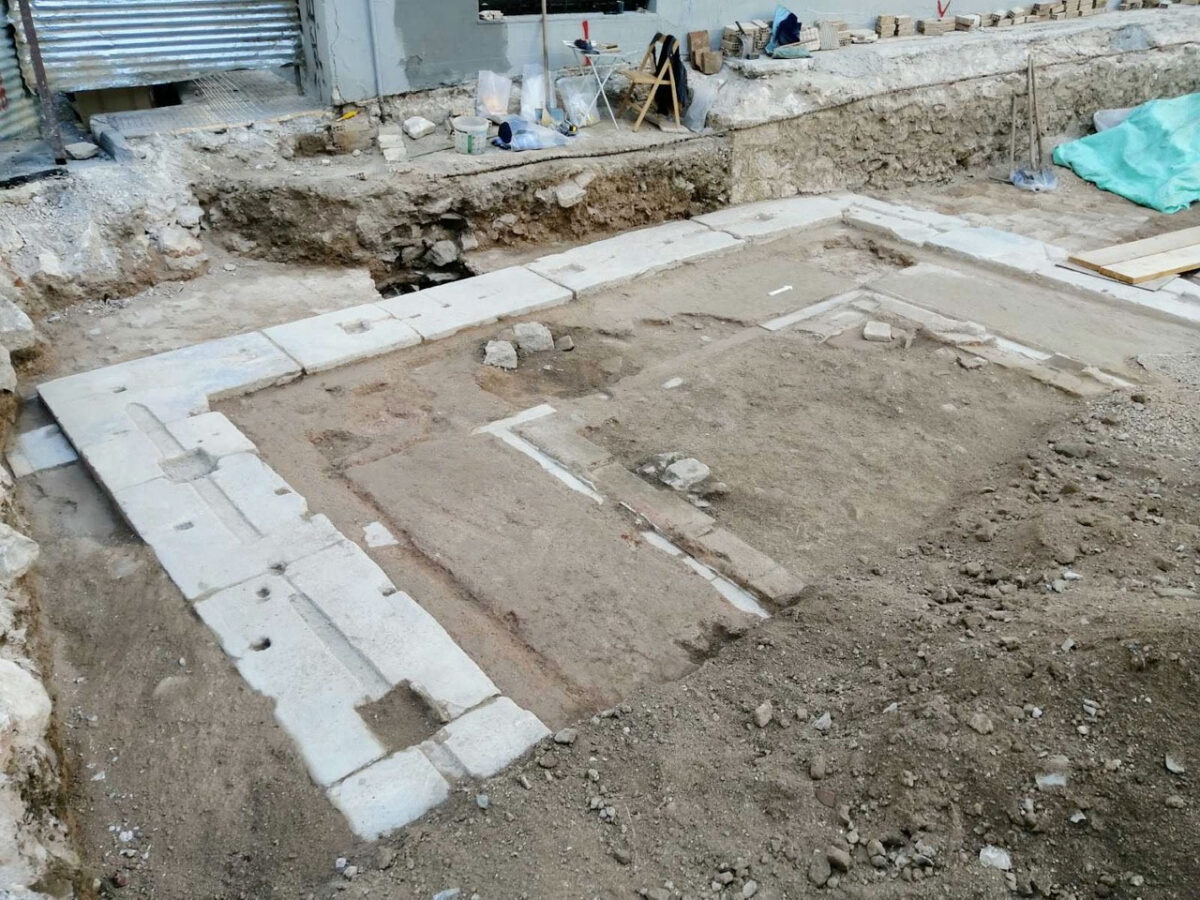 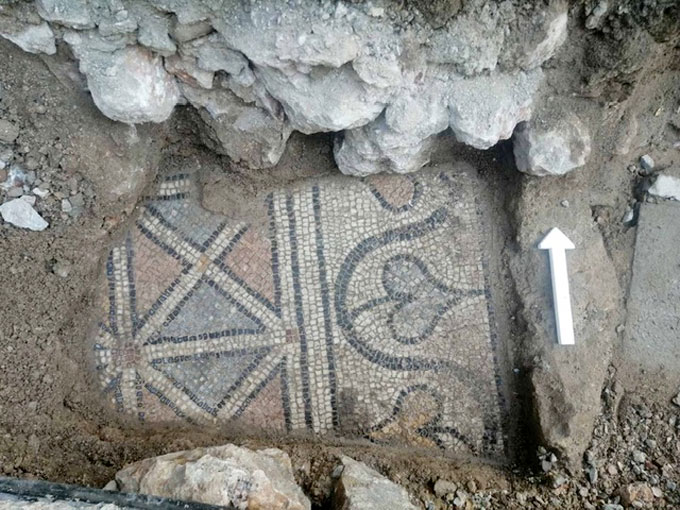 The architectural remains of a building complex

Important antiquities from the late Roman times were brought to light by excavation workσ that began on October 7, 2022 as part of a project carried out by the Municipality of Athens for the upgrading of the Plateia Theatrou (Theater Square) neighbourhood.

The Ministry of Culture and Sports announced that the antiquities, whose excavation is ongoing, were discovered in the southern part of the square, at an average depth of -1 m.

The data so far has established that these are the architectural remains of a fairly extensive building complex. It is made up of different spaces, which have been partially uncovered and are preserved at a low height. The central space, measuring 7.40 m laterally, is demarcated by marble plinths in the form of a column, with grooves on their upper surface for the insertion of railings or parapets. The floors of the rooms were covered with opus sectile marble slabs and a mosaic with a stylized floral and geometric decoration, parts of which have been well preserved and clearly prove the building’s luxurious character.

Further investigation of the remains is expected to provide data for its identification, precise chronological documentation and its eventual enhancement.

The main concern of the Ministry of Culture and Sports is to illuminate and save unknown aspects of the historical and archaeological development of the centre of Athens. At the same time, as noted by the Ministry in its announcement, an effort is being made to avoid delaying the important project implemented by the Municipality of Athens for the Square’s upgrading.