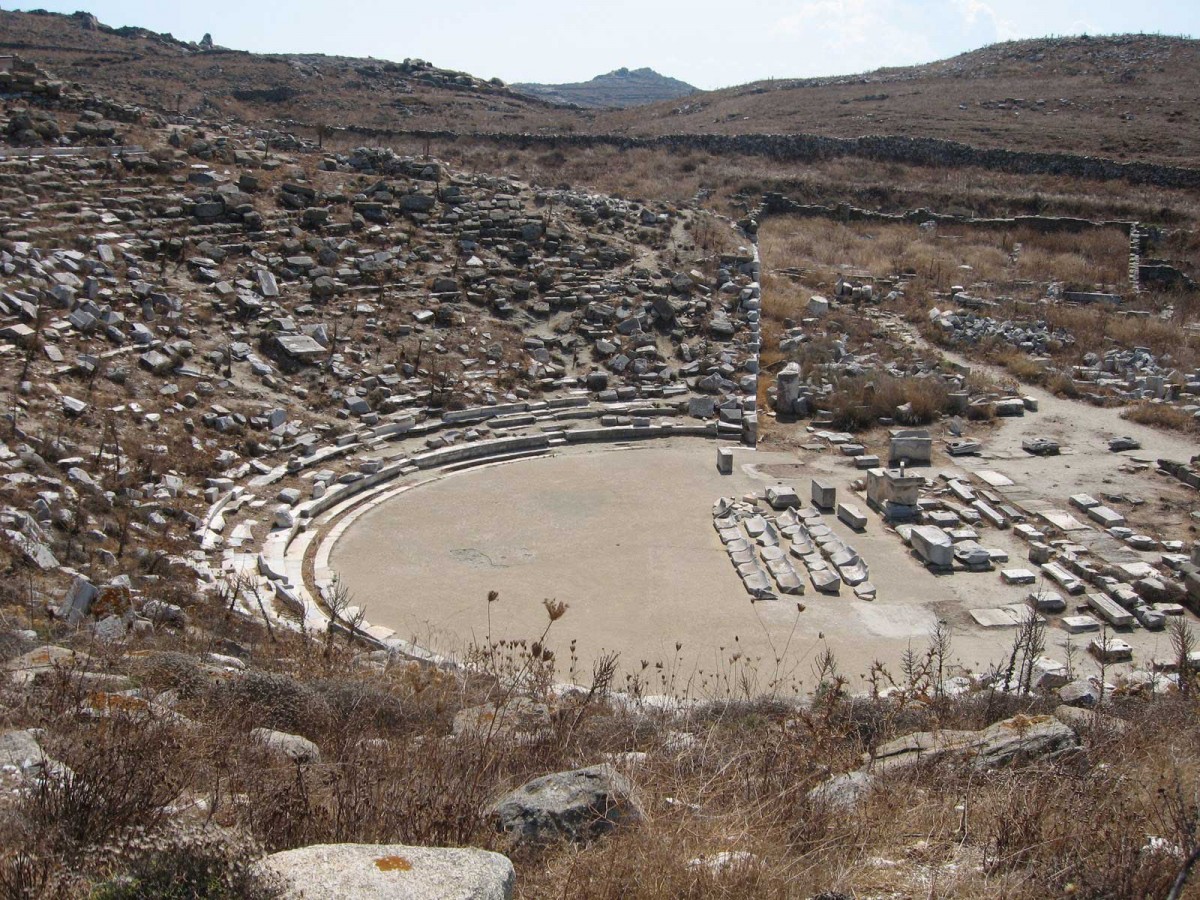 Ancient theatre of Delos to be restored

Plan of small interventions has been approved

Today covered almost completely by its scattered members, which lay under thick vegetation and the debris accumulated over the years. Soon, however, the theatre of Delos will recover its geometry and a part of its initial appearance.

Its koilon will be restored, its members will be put in their initial positions. Although it will not be completely restored (something which would look rather odd in the vast ruin site of Delos), the theatre will be protected against the ravages of time.

The Central Archaeological Council of Greece has given green light to the restoration. The study, worked out by engineer Constantinos Zampas and his collaborators Gerasimos Thomas and Irini Doudoumis, is an initiative of the “Diazoma” organization. Zampas said the project was “technical and educational”, leaving it to the next generations of archaeologists to carry out their own interventions. It is based on a study carried out by Philip Fraisse and Jean Ch. Moretti of the French School of Archaeology, who started the first excavations by the end of the 19th century.

Several small interventions and cleanup operations will be carried out. The actual restoration work will include moving and labeling the architectonic pieces in the area, protection of the rock surfaces to make it easier for rainwater to flow away and the protection of containment walls. The operation will cost around 1.5 million euros, according to the Greek press. No new marble will be used in the project.

Only 584 of the 4.000 marble members of the theatre remain unidentified. All together they weigh 300 tons.

The ancient theatre of Delos was one of a few ancient Greek theatres completely built in marble. It had a capacity of 6.500 people. Its construction started around 314 BC and ended around 70 years later, in 250 BC. It was abandoned in 88 BC, after the Mithridates plundered the island.

According to engineer Zampas, the theatre may even be used for small events after its restorations, hosting up to 200 people.