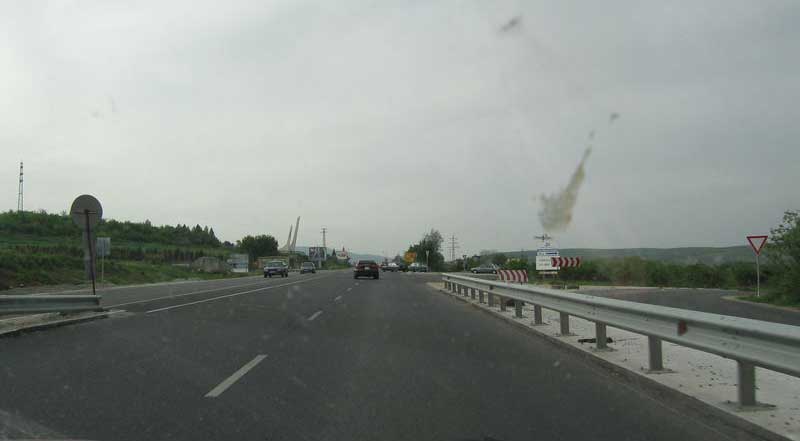 Dating back about 2800 years

Archaeologists working along the route of Bulgaria’s Struma Motorway, which when completed will lead from capital city Sofia to the Greek border, have found a necropolis estimated to date back about 2800 years, public broadcaster Bulgarian National Television said on May 1 2012.

For the archaeologists, the site has presented more questions than answers, with those working on the site surprised not only by the size of the necropolis but also by the long period during which it was in use.

Two ancient settlements had been found nearby, which could explain the large scale of the burial place, the report said.

Archaeologist Filip Mihailov was quoted as saying that the remains of the dead had been disposed on the site after cremation, and it was also probable that remains had been placed in clay urns.

A silver earring, pendant and beads had been found at the site. It seemed that more than 2500 years ago, blue glass beads had been believed – as some in the region still believe that they do – to ward off the evil eye.

Stone mounds had been found, adding to the “mystery” of the site because the stones had been brought from several kilometres away. Such burial practices were characteristic of mountain regions, while the site itself was a hillside of thick reddish clay with no stones.