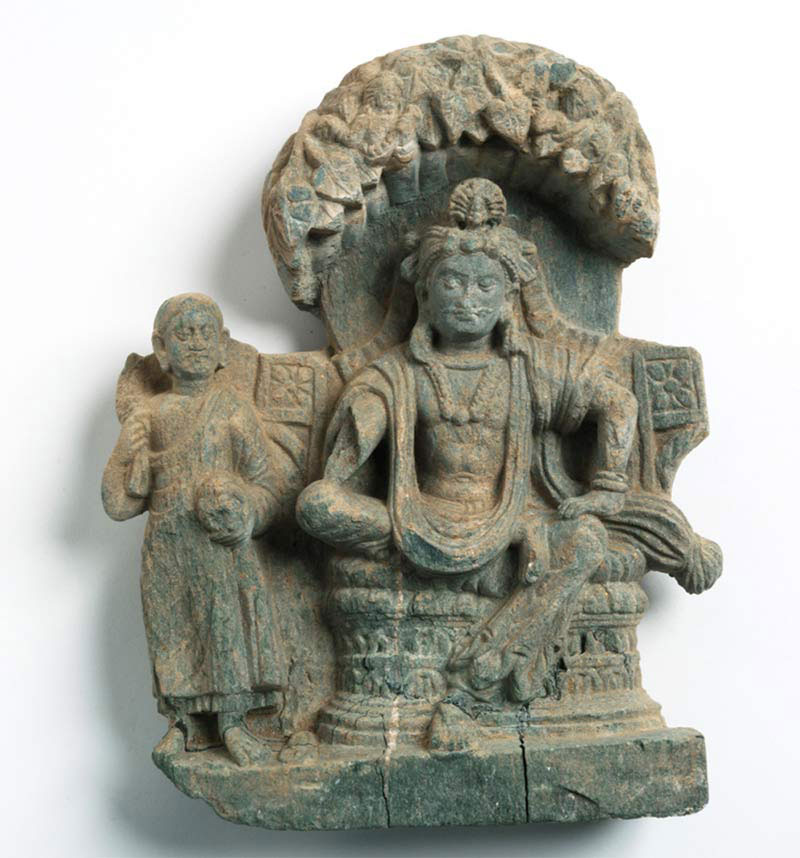 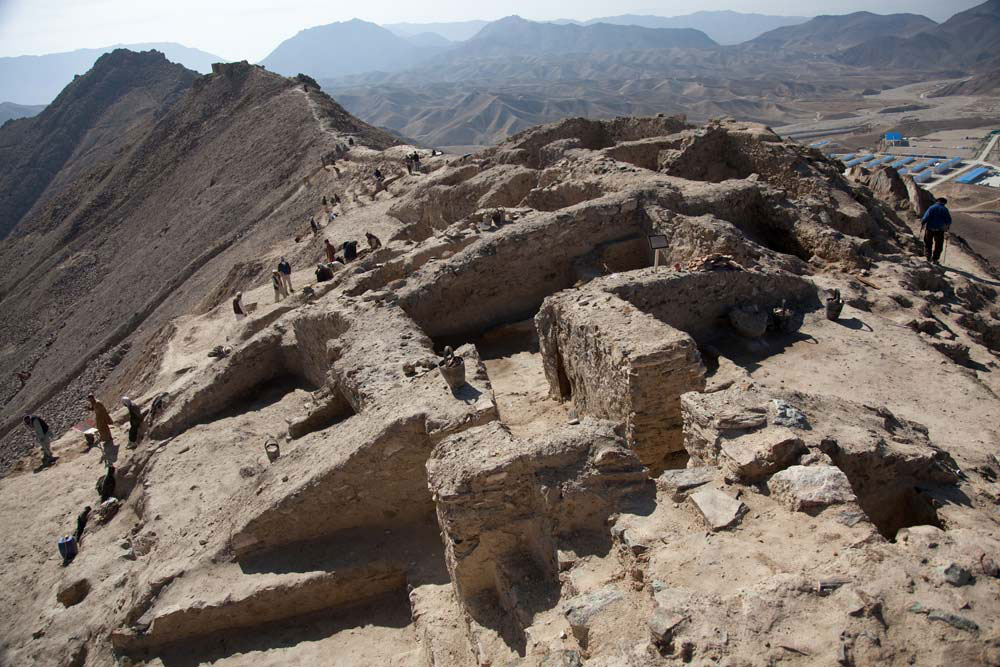 Τhe Buddha before he became a Buddha

In the ruins of a Buddhist monastery in Afghanistan, archaeologists have uncovered a stone statue that seems to depict the prince Siddhartha before he founded Buddhism.

The stone statue, or stele, was discovered at the Mes Aynak site in a ruined monastery in 2010, but it wasn’t until now that it was analyzed and described. Gérard Fussman, a professor at the Collège de France in Paris, details his study in “The Early Iconography of Avalokitesvara” (Collège de France, 2012).

Standing 11 inches (28 centimeters) high and carved from schist — a stone not found in the area — the stele depicts a prince alongside a monk. Based on a bronze coin found nearby, Fussman estimates the statue dates back at least 1,600 years. Siddhartha lived 25 centuries ago.

The prince is shown sitting on a round wicker stool, his eyes looking down and with his right foot against his left knee. He is “clad in a dhoti (a garment), with a turban, wearing necklaces, earrings and bracelets, sitting under a pipal tree foliage. On the back of the turban, two large rubans [are] flowing from the head to the shoulders,” writes Fussman in his new book. “The turban is decorated by a rich front-ornament, without any human figure in it.”

The monk stands at the prince’s right side, his right forearm shown upright. In his right hand the monk holds a lotus flower or palm (now broken), and in his left is a round object of some kind.

Based on the iconography of the stele, particularly the pipal leaves, Fussman believes the prince is Gautama Siddhartha Sakyamuni, who is said to have achieved enlightenment, become a Buddha — someone of divine wisdom and virtue — and founded the religion of Buddhism. This stele shows him at an early moment in his life, when he has yet to start his fateful journey of enlightenment.

According to the story, Siddhartha’s father wanted him to follow a worldly path and tried to keep his son cloistered in a palace.

“Lotus pools were made for me at my father’s house solely for my use; in one, blue lotuses flowered, in another white, and in another red,” says Siddharthain ancient writings attributed to him. “A white sunshade was held over me day and night so that I would not be troubled by cold or heat, dust or grit or dew.” (This translation is from Rupert Gethin’s “The Foundations of Buddhism,” Oxford University Press, 1998.)

The prince’s life would change when he ventured outside the palace and saw the real world. “As soon as he left the palace he became pessimistic,” Fussman told LiveScience, “because by meeting these people, he knew that everybody is to work, everybody may become ill, everybody is to die.”

He grew disenchanted with palace life and left, becoming a poor ascetic.

Fussman said that this stele supports the idea that there was a monastic cult, in antiquity, dedicated to Siddhartha’s pre-enlightenment life. This idea was first proposed in a 2005 article inthe journalEast and West by UCLA professor Gregory Schopen. Schopen found evidence for the cult when studying the Tibetan version of the monastic code, Mulasarvastivada vinaya.

It’s a “cult focused on his image that involved taking it in procession through the region and into town,” Schopen wrote. “A cult tied to a cycle of festivals celebrating four moments, not in the biography of the Buddha but in the pre-enlightenment period of the life of Siddhartha.”

One section of the code authorizes carrying the image of Siddhartha (referred to as a Bodhisattva) on a wagon.

Excavations continue at the Mes Aynak site as scientists explore the complex in an effort to save the artifacts before the area is disturbed by copper mining.