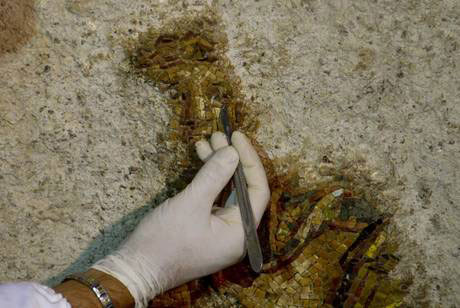 A large mosaic, likely of ancient Greek origins, has been discovered in the southern Italian town of Monasterace.

The discovery was announced Thursday by Mayor Maria Carmela Lanzetta.

The polychrome mosaic, said to be well-preserved, measures 25 square meters and covers the entire floor of a room in a thermal bath.

According to archaeologist Francesco Cuteri, who made the discovery, the mosaic is the largest found in southern Italy and dates from the Hellenistic period, which ran from about 323 BC to about 146 BC.