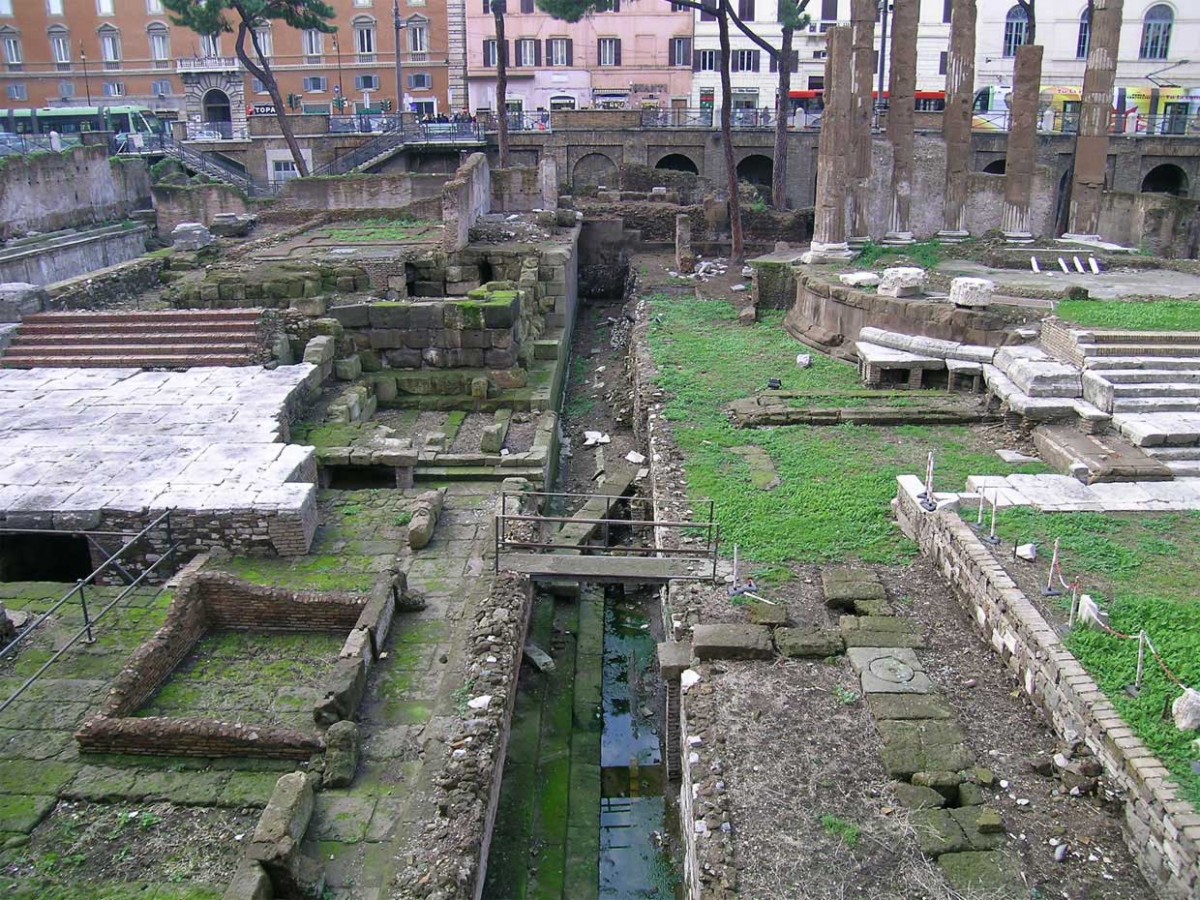 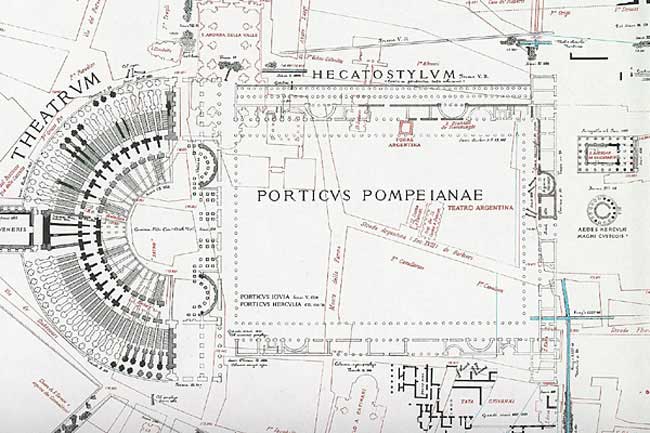 Τhe exact spot where Caesar was stabbed to death

located by a team from the National Research Council of Spain

Several ancient Roman texts describe the murder of Julius Caesar in 44 BC as the result of a plot by a group of senators to kill the general. Now, 2,056 years later, a team from the National Research Council (CSIC) of Spain  have located the exact spot where Caesar was stabbed to death.

This assassination led to the formation of the Second Triumvirate and had repercussions that would result in civil wars and spell the end of the Roman Republic.

A concrete structure three metres wide and more than two metres high had been constructed at the murder spot by the order of Octavian (Augustus), who, as the adoptive son of Caesar, assumed the title of Divi Filius (son of a god) and was soon to be the first Emperor of Rome.

Finding the structure confirms that Caesar was stabbed right at the bottom of the Curia of Pompey while sitting in a chair at a meeting of the Senate. Today the remains of this building are located in the archaeological area of Torre Argentina, in the historic centre of the Italian capital.

“We always knew that Julius Caesar was assassinated in the Curia of Pompey on March 15, 44 BC, because of the classical texts, but so far (we) had not recovered any material evidence of this fact that is so often depicted in painting and film,” explains Antonio Monterroso CSIC researcher, who works at the Institute of History of the Center for Humanities and Social Sciences.

Classical sources refer to the place where Julius Caesar presided, at that fateful session of the Senate. Where he was stabbed was an enclosed rectangular structure that was later walled up and filled with concrete.

Researchers have begun to study the remains of the Portico of the Hundred Columns (Hecatostylon), the Torre Argentina, in addition to the Curia of Pompey. The aim is to identify links between archaeology and art history that connect to the death of Julius Caesar. Monterroso says: “We also aim to better understand that sense of physical closure of the murder scene described in classical texts”.

The buildings are part of the monumental complex of about 54,000 square metres that Pompey the Great built in the capital to commemorate his military successes in the East around the year 55 BC.