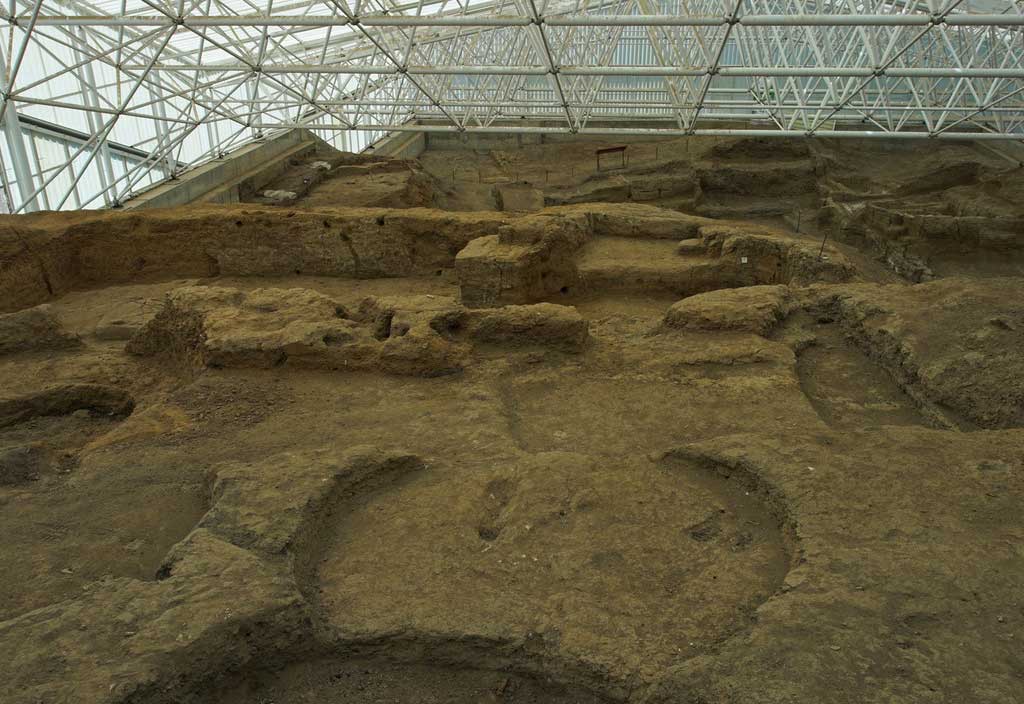 Survey suggests the city was an egalitarian society.

Two rare funerary gift mirrors have been discovered in a tomb in the ancient settlement of Çatalhöyük in the Central Anatolian province of Konya, where a new “georadar” technique is being used.

The settlement, which has been undergoing excavations for 50 years, is considered the first city established in the Near East. The assistant director of the Çatalhöyük excavations, Serap Özdöl of Aegean University, said that when many societies in the world had not adopted settled life, 8,000 people in Çatalhöyük had established themselves in “urban life.”

Özdöl said the very rare funerary gift mirrors, made of obsidian, a volcanic rock, were the most important artifacts unearthed this year.

Another significant development, she added, was a special technique called “georadar,” which the excavation team used to take a rough x-ray of ruins up to four meters beneath the surface.

“The results of the georadar revealed that the architecture in the areas that have not yet been excavated does not differ greatly from the structures we have already excavated.”

The egalitarian social structure of the ancient settlement is very interesting for the hundreds of scientists working in the area.“ This is the most exciting and mysterious aspect of the settlement for us.”

She said that in Çatalhöyük, artifacts suggesting hierarchical order or a governing class, typical features of ancient cities, had not been found. “The most persistent question about Çatalhöyük is how the people managed to live in peace and equality for 1,400 years.”

She said the georadar results supported this premise. “Even though there are some small differences in wall shape and motifs, all the houses are almost the same. We have not seen a structure owned by a governor or a privileged group of people. We have also not seen any traces of a special field where people held ceremonies or of brutal mass killings. The findings so far show us that the people here lived in peace and harmony. Now the most important thing that we are curious about is how they managed it.”

Özdül said excavation work had been carried out under an archaeology professor from Stanford University, Ian Hodder, for 20 years and would continue for more five years. The team had focused more on preparing publications about the settlement than actual excavations for two years, she said.

Özdöl said artifacts unearthed at Çatalhöyük were always sent to labs abroad for detailed analysis, adding that they had signed an agreement with Middle East Technical University for restoration and conservation.