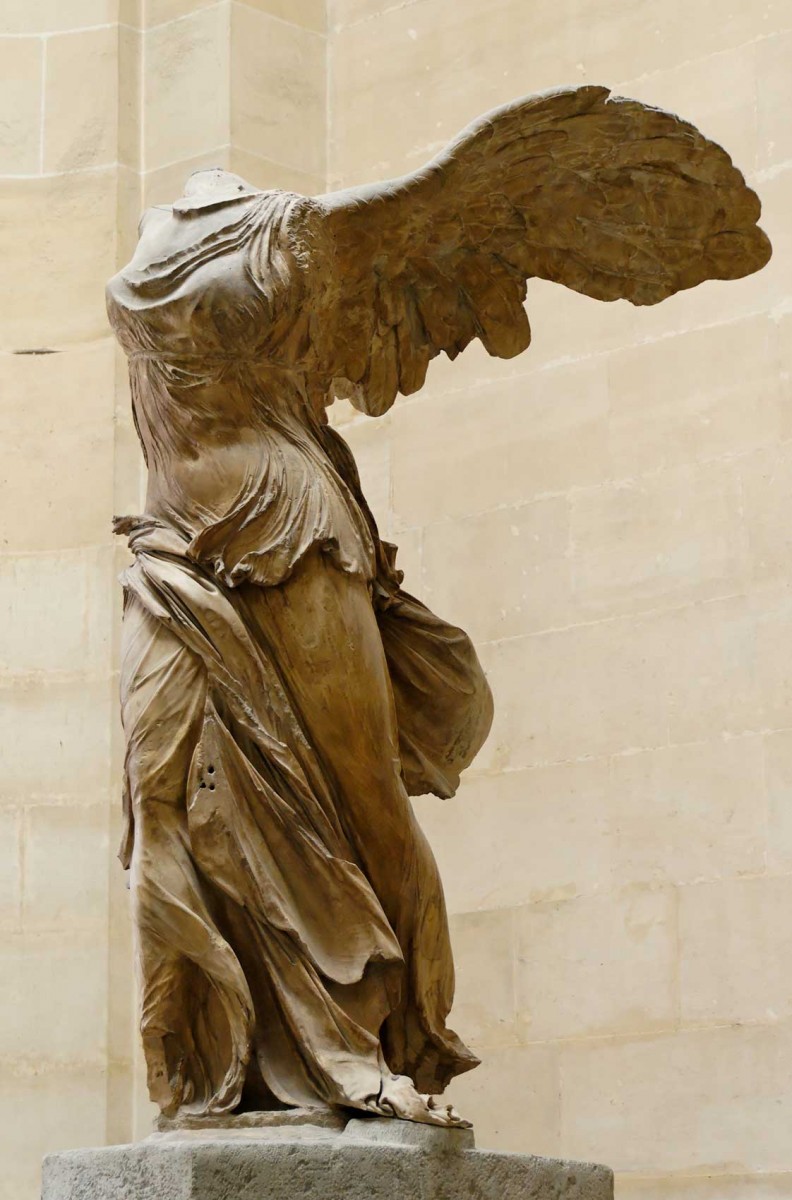 Victory of Samothrace to be restored

The “Victory of Samothrace” one of the most iconic works of the Louvre, which since 1884 is prominently displayed at the top of the monumental Daru staircase, will be restored as from September, the French museum announced on Monday.

The Louvre advisory committee responsible for restoration matters has given the green light for the project which includes the cleaning of the marble statue and the renovation of the staircase.

An international team of experts will follow the works which will take more than a year to be completed.

Cost is estimated to be 3 million euros. The project will be funded by Nippon Television Holdings, Fimalac and Bank of America Merrill Lynch Art Conservation Programme.

One of the three most popular exhibits of the Louvre (along with Venus de Milo and the MonaLisa), the Victory of Samothrace is a Greek Hellenistic era statue, dated to 220-185 BC.

It was discovered in 1863 broken into countless pieces, on the Aegean island of Samothrace. It represents Nike, the goddess Victory. After careful restoration work at the Louvre, the main block (legs and lower torso) was put on display in 1866. Overall, the work measures 5,57 m in height. The statue stands 2,75 m tall including the wings.

By this restoration, the Louvre intends to solve some structural problems which were not addressed in the previous restoration of 1934, as Jean-Luc Martinez, director of the Department of Greek, Roman and Etruscan Antiquities said.

“The modern concrete base is slightly cracked, but there is no danger” he added. Above all, they are going to clean the statue, which has become very dirty over the years. “We are going to rediscover the contrast between the white Parian marble of the statue and the grey Rhodian marble of the boat and base” Mr. Martinez explained.

The statue will be moved to a separate hall, la Salle des Sept Cheminées (the Hall of the Seven Chimneys), for the restoration work. Once a month the Louvre will organize a public presentation on the progress of the work.

The museum believes the statue will be back on show by the spring of 2014.

The Daru staircase will also be renovated, but it will remain accessible during the renovation.

According to the Louvre, approximately 70% of the museum’s visitors walk up the Daru staircase. In 2012 the Victory of Samothrace had 7 million visitors.