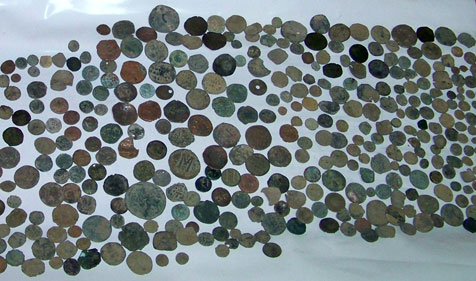 More than 600 Roman coins were found in possession of two men arrested in Kilkis.

As the police stated, they found 607 coins and a ring in possession of the two men. The objects are dated to the Roman period. The case falls within the scope of the law on the Protection of Antiquities.

The coins and the ring were handed over to the 16th Ephorate of Prehistorc and Classical Antiquities in order to be examined.