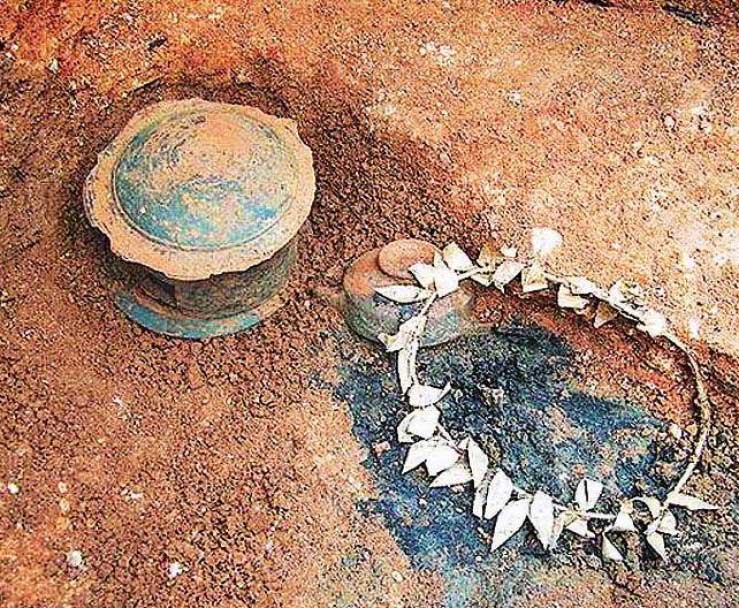 Another gold wreath (the ninth since the excavations have started) testifies to the 2,000-year-old history of Thessaloniki. It has been revealed during the subway construction works.

The new impressive find was located on Friday morning, during the last excavations being conducted at the Dimokratias station.

The gold wreath was found within a large Macedonian cist tomb, at the head of the inhumated man.

Director of the 16th Ephorate of Prehistoric and Classical Antiquites (EPCA), Mrs. Vasiliki Misailidou, has confirmed the revealing of the gold wreath, but refused to give any further information regarding the quality and the exact dating of the artifact.

According to the first estimates, however, the golden wreath (and the burial) is dated to the Early Hellenistic Era, namely to late 4th-early 3rd century BC.

It is the ninth wreath coming to light during the metro construction excavations in Thessaloniki. At the beginning of June 2008, excavations at the intersection of the metro lines, at the Library of the University, eight Hellenistic era wreaths were revealed. The wreaths were placed within a female burial in an unusual way. The tomb was one of 840 found at the Eastern Cemetery of the city.

The new gold find was recovered from the tomb, where it lay hidden for the last… 2,500 years and was transferred to the laboratories of the 16th EPCA in Thessaloniki, in order to be cleaned and investigated.