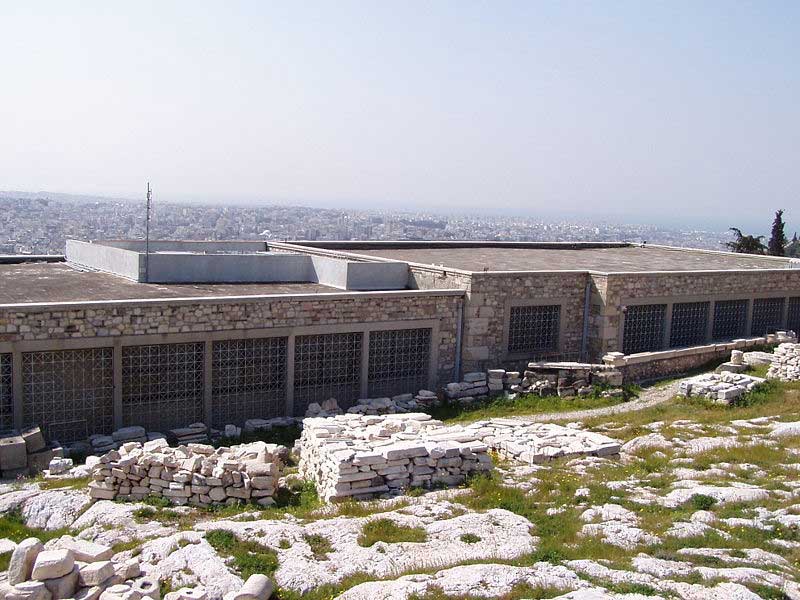 Regarding the recent decision of the Central Archaeological Council not to declare the old museum as a preservable monument, the Association of Greek Archaeologists issued a press release expressing their concern about the old museum’s fate.

In particular, the press release starts with a brief description of the history of the Museum, which is more or less known. Its construction started in mid-19th century. It was designed by architect Panages Kalkos. After various expansions, it took its final form in mid-20th century, as it has been designed by Patroklos Karantinos. It is the first building that was constructed in Greece in order to house a museum. For 150 years it hosted not only the finds of the Acropolis’ excavations but also innumerable visitors: by telling the story of the movable finds it added to the breathtaking experience of an archaeological site with monuments of great significance.

Its architecture is simple, symmetrical and classicist, thus reflecting the movements of its time. In any case, the designers saw to it that it was built beneath the level of the hilltop, so that it wouldn’t visually distract visitors from the ancient monuments or the picture of the Sacred Rock. Materials were wisely selected so that the building was in perfect harmony with its surroundings. The old Museum ended its first long life cycle with the –indisputably necessary- construction of the new Museum for the Acropolis. Since then it lies empty, still bearing the traces of its exhibits in its rooms, as well as the patina of the many years it has been operating.

The decision, taken by a marginal majority, not to declare the old museum as a preservable monument, despite the positive recommendations coming from ENMA and the 1st EPCA, came indeed as a surprise. But not so much because the matter has been suddenly put back on the negotiating table, as for the remarks published in the press. The meeting might not have focused on a possible demolition but headlines such as “Now, there are no more obstacles for the demolition of the old Acropolis Museum” apparently reveal some hidden agenda on behalf of those involved in the case. Some might wish the… catharsis of the site due to the same narrow-minded point of view that in the past has deconstructed anything that didn’t belong to the Classic era, thus stripping sites off the indicators of diachronic evolution. Others might be anxious to reveal new finds that they assume are buried underneath the building, while some might even wish that an opposite pole of interest ceases to exist. This non-declaration could at some point answer any of these purposes.

A modern archaeological site with 1,5 million visitors a year needs this one and only roofed space. There it will be possible to protect and showcase a big number of inscriptions which now are being damaged as they lie outdoors, and numerous architectural members, that today lie in stone-mounds and cages scattered all over the site. But first of all, this museum could become a visitable space and tell stories which have never been presented before to the public, such as the history of the excavations at the Rock, the restoration works etc. (…) The building could also house educational programmes. (…)

Regarding the architectural remains of the Sanctuary of Pandion and the Mycenaean walls that are in the underground storehouses of the museum, they can become visitable by small alterations of the routes. (…)

The Association of Greek Archaeologists believes the decision should be reconsidered, and all necessary means should be provided to the services in charge of the old museum in order that a new life cycle will be initiated for it.