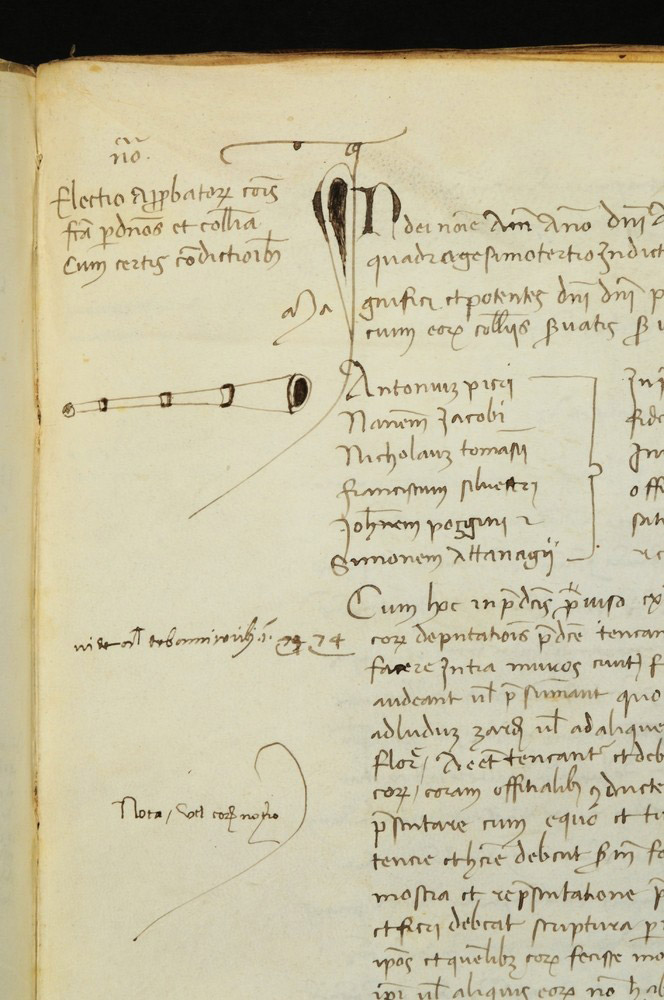 By Professor Stephen Milner in Florence

The original copy of a 500-year old proclamation calling for the arrest of Niccolò Machiavelli has been discovered by a British historian.

Professor Stephen Milner of the University of Manchester came across the 1513 proclamation buried in the state archives in Florence. The document began a chain of events that marked a change in the civil servant’s political fortunes leading to to the writing of The Prince later that same year and eventually resulting in his death 14 years later in abject poverty.

The Prince’ s 500-year anniversary is being celebrated this year by the city of Florence – beginning with a reconstruction of the events surrounding Machiavelli’s capture and imprisonment. The festivities include the vocal announcement of Machiavelli’s arrest proclamation by a town crier mounted on a horse and armed with a silver trumpet to attract the attention of crowds around Florence. The sites within the city where the town crier would have actually read out the proclamation have been mapped by Professor Milner, who has examined hundreds of such documents dating between 1470 and 1530 in order to be able to do so. His further discoveries have shed light on the payments made to four horsemen who searched the streets for Machiavelli and the cash they received for his capture.

“When I saw it I knew exactly what it was and it was pretty exciting,” said Professor Milner about discovering the original proclamation. “When you realise this document marked the fall from grace of one the world’s most influential political writers, it’s quite a feeling […]. The Prince is a seminal work, with a lasting influence on political thought and culture. The term Machiavellian and the naming of the Devil as ‘Old Nick’ all derive from this single work. But the circumstances of its composition have often been overlooked. On the return of the Medici faction to power in 1512, Machiavelli was removed from his post in the city’s Chancery because of his close association with the previous leading citizen and head of the republican government, Piero Soderini. When his name was linked to conspiracy to overthrow the Medici, they wasted no time in seeking his capture using the proclamation I discovered. On the same day, he was imprisoned, tortured and later released and placed under house arrest outside the city. The Prince was written in the vain hope of gaining favour and employment with the Medici – but there’s no evidence to suggest they even read it.”.

Still, the actual reason leading to the writing of The Prince remains a mystery. According to James Johnson, associate professor of history at Boston University, some scholars support that he wanted to empower tyrants, while others say he listed their crimes the better to expose them. Thinkers across the ages have found support to defend movements as diverse as monarchy and  democracy, cynicism and idealism, religious zealotry and religious skepticism.  “Still, one thing is clear. The book follows its declared purpose fearlessly and without hesitation: to show rulers how to survive in the world as it is and not as it should be.”, says Dr. Johnson.