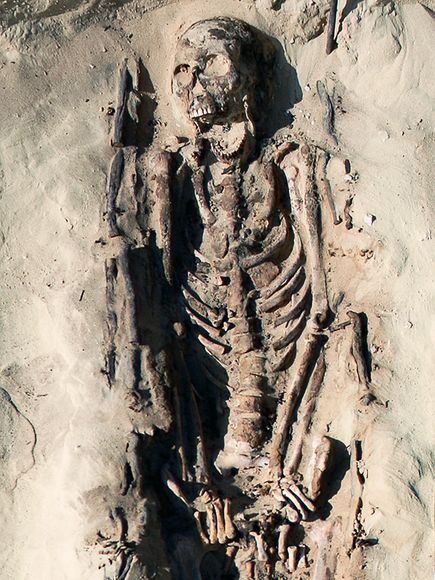 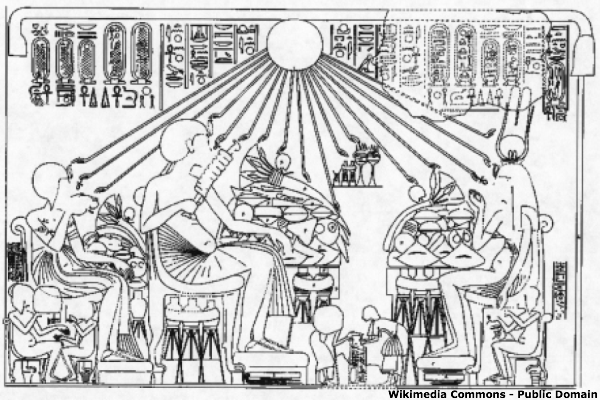 The Dark Side of the Sun

Analysis of remains from a cemetery at the city of Tell el-Amarna is painting an unsettling picture of the reign of the famously monotheistic pharaoh Akhenaten.

According to researchers led by University of Arkansas bioarchaeologist Jerome Rose, the remains of bodies found in the commoners’ cemetery in Tell el-Amarna -some 200 miles south of modern Cairo- show signs of a hard life which contrasts to the idyllic images of everyday life pictured in the high ranking officials’ tombs.

Sometime around 1350 B.C, Akhenaten rejected the traditional pantheon of Egyptian gods and moved his capital to Amarna, where he established a religion dedicated to the worship of the sun god Aten. The new city, complete with palaces, lavish villas for all the King’s men and houses for the hopeful who followed Akhenaten in his daring project, was surrounded by a  number of cemeteries allocated according to the King’s ideas about the cosmos. While the King and his family was to be buried in a massive tomb hewn in the bedrock, similarly glamorous monuments, decorated with reliefs showing life in the royal court had been prepared for the elite members of the society.  As for the commoners (forming the 90% of the city’s population) there was a special cemetery where they were to be buried in a basic way. The so-called South Tombs cemetery consists of tightly packed graves marked by piles of rocks.

In the current issue of the journal Antiquity, the Amarna Project team reports excavating more than 200 graves at the South Tombs site and finding only 20 coffins. Most of the skeletons are rolled in stick mats—a likely sign of modest means in a society that deemed coffins highly desirable. One of the cemetery’s few coffins is painted with hieroglyphs that bear no meaning, suggesting that the coffin artist, and perhaps the person who commissioned the coffin, were illiterate.

Nor do the tombs contain many of the grave goods found in wealthier burials. Among the few objects found in the graves are three hippopotamus-shaped beads, probably worn by a woman or child before death as protective amulets.The ordinary people of Amarna couldn’t have afforded much, but the bareness of their burials may also indicate that grave goods were becoming less important at the time, said archaeologist Anna Stevens, assistant director of the work at the site.

Still, the most interesting results came from examiming the human remains found in these tombs. Remains of children show they were malnourished and engaged in an unsually high degree of physical activity. Skeletons from those between the ages of 3 and 25 at the time of death show signs of scurvy and rickets, according to research that Kathleen Kuckens, a University of Arkansas student working with Rose, will present at an anthropology meeting in April. Kuckens will also report that the children’s teeth are grooved, a telltale mark of malnutrition. Children older than about 8.5 years showed signs of serious stunting, according to preliminary data that University of Arkansas graduate student Ashley Shidner will also present at the April meeting. It seems likely that those children weren’t properly nourished and were engaged in abnormally high levels of physical activity. “The children’s skeletons show evidence of the constant use of muscles”, Shidner said.

Adult skeletons show evidence of hard labor and numerous injuries. More than 75 percent of the skeletons studied in detail had arthritis in their limbs or spines, suggesting hard labor. Fractured and compressed vertebrae were common, and 67 percent of the skeletons showed signs of at least one healing or healed fracture. The researchers connect such indications with the highly demanded speed in progressing building activity at Tell el-Amarna, back to the time when the city was constructed. According to pictorial evidence from the period, each workman was able to carry -and he did- by himself the specially designed stone building blocks weighing 70 kg. each, which were invented during that period to enable fast building.

“We have evidence of the most stressed and disease-ridden of the ancient skeletons of Egypt that have been reported to date,” says Dr. Rose. “Amarna is the capital city of the Egyptian empire. There should be plenty of food. Something seems to be amiss.”