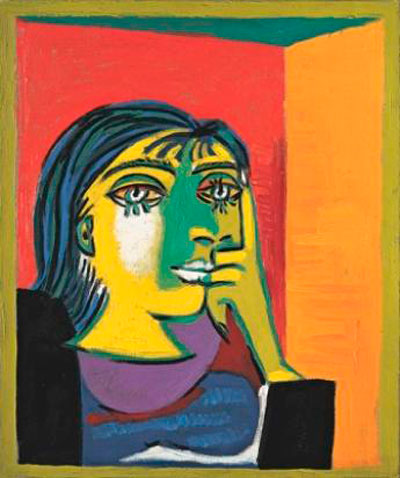 Masterpieces from the Picasso Museum to Zagreb

56 paintings and sculptures will be on show

The portrait of Dora Maar, the Croatian muse and lover of Pablo Picasso, will be on show at the Gallery Klovicevi Dvori, in Zagreb, just a few days before the opening of the exhibit “Picasso: Masterpieces from the Musee National Picasso, Paris”.

The box in which the painting was transported opened in the presence of French experts, a few days after it arrived in Zagreb and put in a temperature-controlled room. The rest of the paintings will be taken to the Gallery Klovicevi Dvori, where the exhibition will open to the public on March 23rd.

The exhibit presents 56 paintings and sculptures selected by the director of the Musée Picasso, Anne Baldassari, who in 2004 curated the “Picasso and Dora Maar: Touching with Looks” exhibition.

It also includes 100 works of art and various documents reflecting the fascinating “journey” of the Modernist painter. The exhibit is structured in sections according to chronological criteria and features Picasso’s early works, works of the Blue and the Rose Period, of Early Cubism, of the African explorations, of analytic and synthetic Cubism, works of the classical period, of Surrealism and some of his last works.

Dora Maar’s portrait (1937) is the central piece of the exhibition. The love story between the famous painter and the female artist, whose real name was Henriette Theodora Marković, was the subject of the “Picasso and Dora Maar” exhibition organized in 2004 at the Palace of Klović in Zagreb.

As parallel events of the exhibition, lectures will be given about the personality and the work of Picasso.