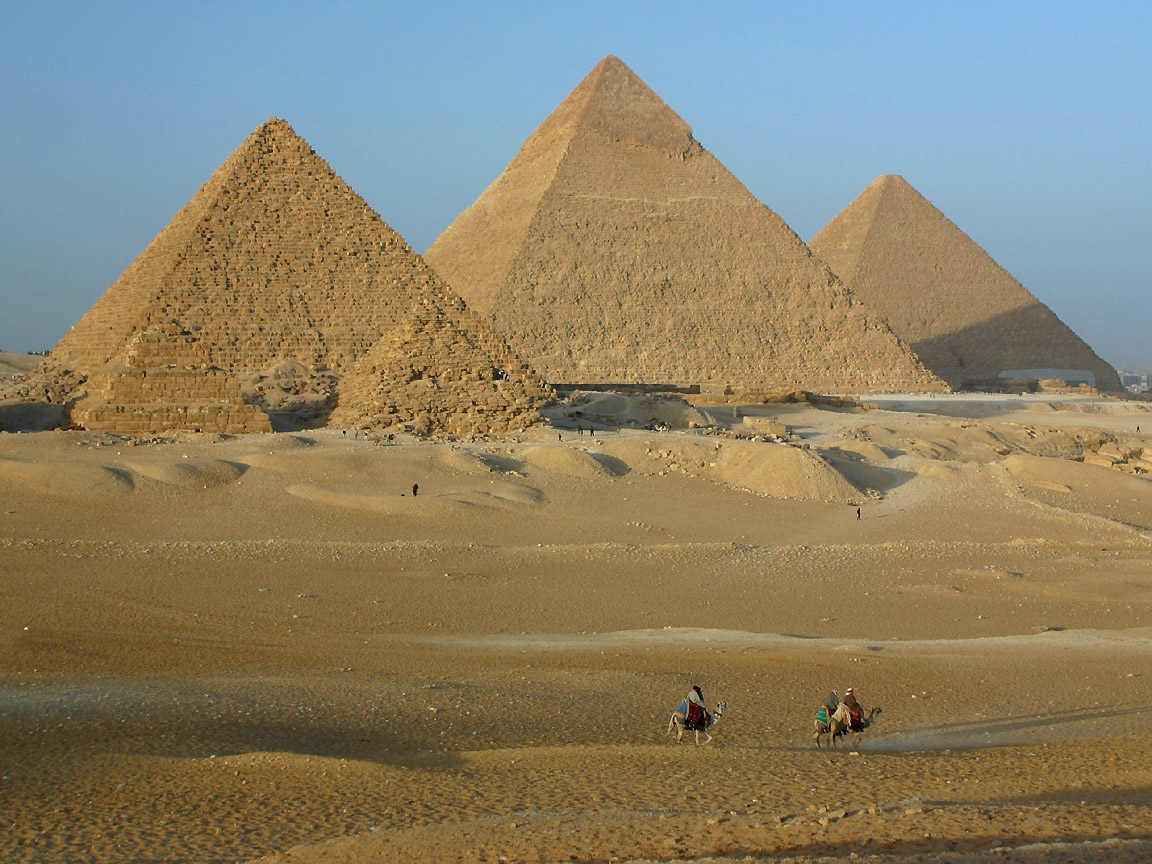 A massive catering-style operation had been set to provide the pyramid builders with their daily bread, researchers state

Scientists in Egypt have recently discovered remains of what is thought to have been a a massive catering-type operation serving the needs for food of the Giza pyramids’  builders.

The discovery took place during the continuous excavation works at the “worker’s village”, a settlement situated 400 m. south of the Sphinx where people building the pyramid complex of King Menkaure ( including the Third Pyramid) used to live during a period of about 35 years. It came to light in the form of piles of animal bones and a corral with possible slaughter areas which was located on the southern edge of the site.

A study on the material -archaeologist Richard Redding estimates he has identified about 25,000 sheep and goats, 8,000 cattle and 1,000 pig bones- showed thet more than 4,000 pounds of meat were slaughtered daily to feed the builders. Combining this piece of information with the fact that several skeletons of builders -found in a cemetery nearby- shown healed bones, life conditions in the construction site were much better than in most contemporary settlements in Egypt.

It has been estimated that the workers -permanent stuff as well as temporarily occupied stone cutters- would need 45-50 gr. of protein a day in order to fulfill their hard task. According to Redding,  half of this protein would come from fish, beans, lentils and other non-meat sources, while the other half would come from sheep, goat and cattle. It is not likely for dairy to have been consumed due to to transportation problems.

Where would these animals be fed themselves? And who would take care of them? Herds would have been spread out in villages across the Nile Delta, then brought to the workers’ town at Giza to be slaughtered and cooked, scientists say. Till then, they would have been cared by an amazingly large number of hearders living in the areas nearby and consisting 2% of the Egyptian population at the time.

Researchers have also found that the workforce’s diet would change according to status. Overseers — who lived in a structure the archaeologists call the “north street gatehouse” — got to eat the most cattle, and those living in an area called the “galleries,” where the everyday workers lived, ate mainly sheep and goats. Also, the residents of the eastern town were not as directly involved in pyramid building and had a special relationship with the pyramid workers. “They were not provisioned; they were not given their meat and food every day,” like those in the workers’ town were, Redding said. “It’s more of a typical urban farming settlement, and there was a symbiotic relationship between the two —probably,” he added.

What the future holds?

Future studies will look for the remains of the workers’ towns of Khufu and Khafre, the two other pharaohs who built pyramids at Giza. A dump area, investigated in the 1950s, may hold them; seal impressions found at the dump have the rulers’ names on them.

“What we think was going on was that Menkaure came along, he establishes his reign, he leveled that whole area and he took all the levelling debris, took it to the top of the hill and threw it over the back in a big dump,” Redding said.