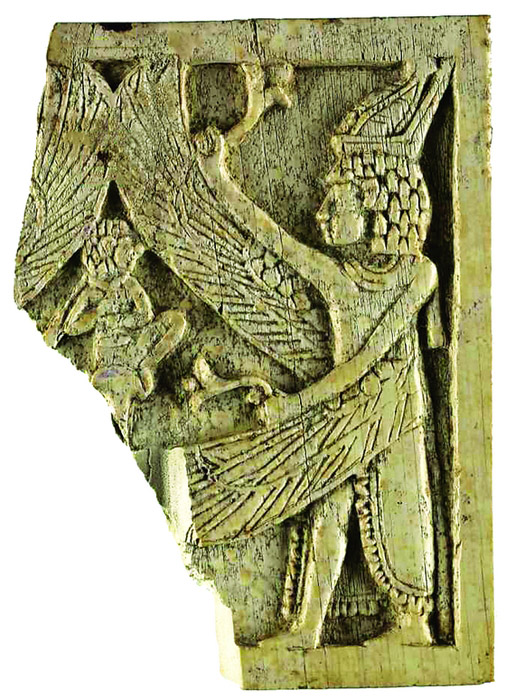 Chemical analysis performed by researchers based in France and Germany indicated that traces of metals, invisible to the naked eye, survive on 8th century ivory Phoenician artefacts from Syria, now held at Baden State Museum, in Karlsruhe, Germany. Such metals are found in pigments commonly used in antiquity, such as the copper-based pigment Egyptian blue or the iron-based pigment hematite.

According to Ina Reiche, a chemist at the Laboratory of Molecular & Structural Archaeology, in Paris, who led the research, the metals are not normally in ivory nor in the soil where the artifacts were long buried.

“Scholars had suspected that Phoenician ivory sculptures might initially have been painted, but to date most studies had examined just a few spots on ivory surfaces”, Reiche says. Her team used a synchrotron to do X-ray fluorescence spectroscopy to analyze the entire surface of the artifacts with micrometer resolution, revealing the spatial distribution of the lost pigmentation.“Knowledge of an object’s original appearance can help us understand why it was so visually powerful to ancient viewers,” says Benjamin W. Porter, an archaeologist at the University of California, Berkeley. And there are plenty of important objects to examine, he adds. “This technique is transferable to other kinds of ancient art whose pigments have been weathered, from the palace wall reliefs of the Assyrian empire to Egyptian tomb paintings to everyday ceramic vessels whose decorations have been worn.”