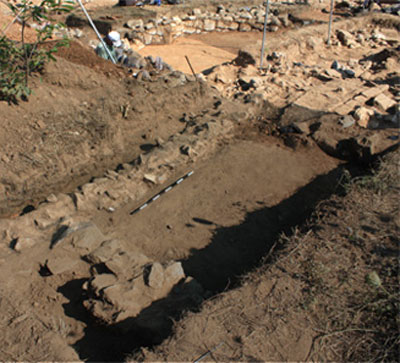 What questions did visitors of ancient oracles ask?

Presentation at the Annual Meeting of the Finnish Institute

Will I be happy with the woman I’m marrying? Will I have children? Will I find myself in danger during my forthcoming journey to the colonies? To which gods should I offer sacrifice to remain in good health?

Ancient Greeks were seeking answers to this kind of questions when they visited the oracles of the time. The oracular statements were often ambiguous and vague.

This interesting subject was addressed by professor of the Elsinki University Mika Kajava, during the 28th Annual Meeting of the Finnish Institute at Athens, which was held last week. During his lecture, titled “Ancient Oracles and Epigraphy”, professor Kajava presented fascinating details about the things that troubled our ancestors, who asked for the guidance of the gods while visiting oracles, such as the one in Dodona.

“Should I stay or should I go?” a slave asked Zeus Naios and Dione –the two gods worshipped at Dodona-, and then he inscribed his question on lead foil, as the rest of the visitors at Dodona did. “Who stole the sheet?”, “Who poisoned Aristovoula?” were the questions of people trying to solve a crime that was on their minds. “Should I ask for the citizenship now?”, asked a metic, while a restless husband wanted to know if the child his wife was carrying was his or not. “To which god should I pray, in order that my business prospers?”, was another question.

The outgoing director of the Finnish Institute at Athens, Martti Leiwo, referred to the underwater surveys conducted at the port of Kyllene, and the ongoing excavations in Aghia Paraskevi in Arachamites of Arcadia.

The Kyllene Harbour Project was initiated in 2007, and the survey has continued in 2008 and 2009 by the Finnish Institute at Athens in collaboration with the Archaeological Service and the University of Patras. It is an interdisciplinary study of the coastal and underwater remains of an ancient naval base and the Frankish fortifications. The systematic excavations in Arachamites of Arcadia, that started in 2010, brought to light important finds, such as the identification of the small sanctuary with the Sanctuary of Artemis Lykoatida, and the discovery of a building with a stoa and many rooms of the Late Hellenistic period, which is connected to the sanctuary, and of another square building which has to be further investigated.