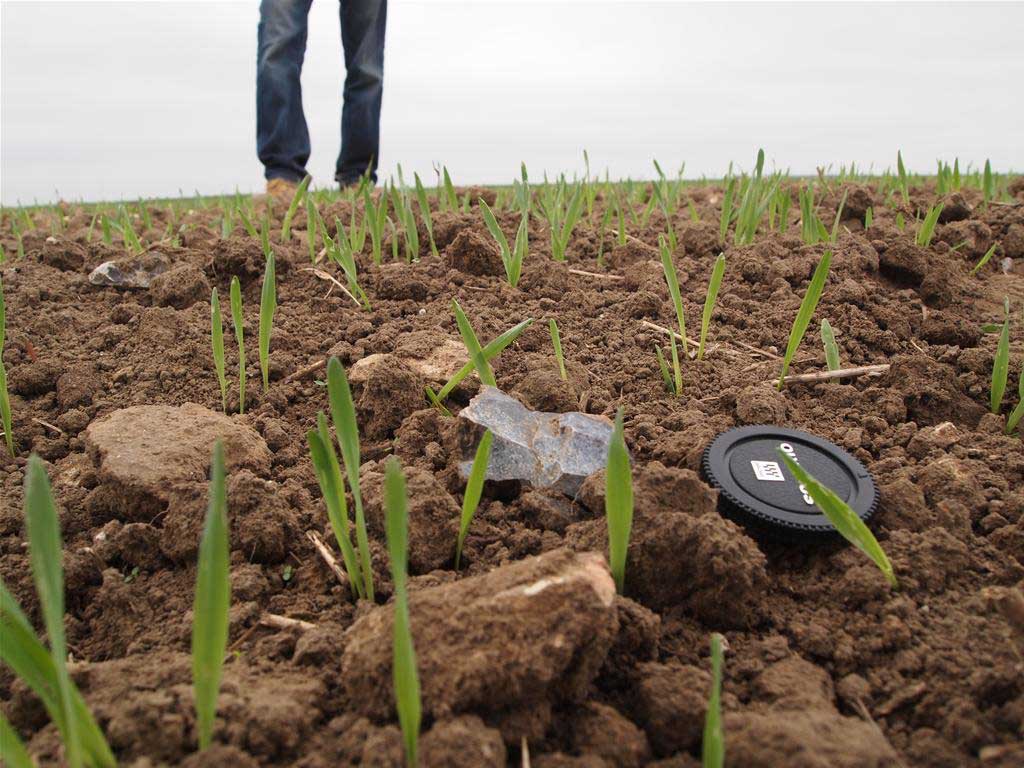 Late fifth and fourth millennium BC

Archaeologists from Cardinal Stefan Wyszyński University in Warsaw have discovered a flint mining site in the Holy Cross Mountains. Flint was used for making tools by the Lublin-Volyn culture population living in the area in the late 5th and 4th millennium BC.

The site has been sought for years during the investigation of other prehistoric mining sites at the northeastern part of the Holy Cross Mountains… The newly discovered site, however, differs substantially from the other known sites of similar type, as the initiator of research, Dr. Janusz Budziszewski said. “Contrary to previous assumptions, Lublin-Volyn culture population probably used relatively simple methods to mine secondary flint deposits” Dr. Budziszewski explained.

The Lublin-Volyn culture community used the chocolate flint to make impressive tools, including flint daggers that, according to archaeologists, had a prestigious role. Specimens of these tools have been discovered recently in the course of the culture’s unique burial ground in Książnice.

“Chocolate flint is extremely easy to work with, which in prehistoric times made it one of the most commonly used raw materials in the manufacture of small tools. It had been used since the appearance of people in our land, until the end of the Bronze Age”, Dr. Budziszewski explained.

Chocolate flint outcrop extends over a nearly 100 km long, narrow strip from Zawichost in the Vistula valley to the area near Orońsko south of Radom. The outcrop area has been very popular among archaeologists for over 90 years. The first study in the area was initiated by geologist Jan Samsonowicz and archaeologist Stefan Krukowski in the early 1920s and continued for the next several years.

“As a result of these and further studies, the course of chocolate flint outcrops could be identified. Remains of more than twenty sites associated with prehistoric mining activity have been discovered”, Budziszewski said.

The current project is being carried out by the Institute of Archaeology of Cardinal Stefan Wyszyński University in Warsaw, in the framework of the programme “Cultural Heritage, Protection of Archaeological Sites”, co-ordinated by the National Heritage Board of Poland, with financial support of the Ministry of Culture and National Heritage as part of the task “Inventory of prehistoric flint mines in a variety of environments”. Activities include documentation and inventory work in the central, best explored part of chocolate flint outcrops between Prędocin and Wierzbica.

As Dr. Budziszewski pointed out, the area, although best explored, still has a lot of white spots. The majority of objects known to experts have not yet been recognized as historical monuments. They are not even recorded in the AZP documentation (Archeologiczne Zdjęcie Polski – Archaeological Picture of Poland, project aimed at mapping all archaeological sites in Poland – ed. PAP), and they still aren’t protected by law.

Therefore, according to the archaeologist, the ongoing project involves an inventory of all prehistoric mining sites of the region and developing a strategy to protect them. Researchers are also planning to prepare the numerical model of the terrain with a laser (LIDAR), and aerial photography documentation. At few selected sites geophysical, GPR studies will be carried out.

In early May, in the first round of surface studies was completed. “Although the weather this year was not particularly favourable, the results proved to be quite successful” said Dr. Budziszewski.