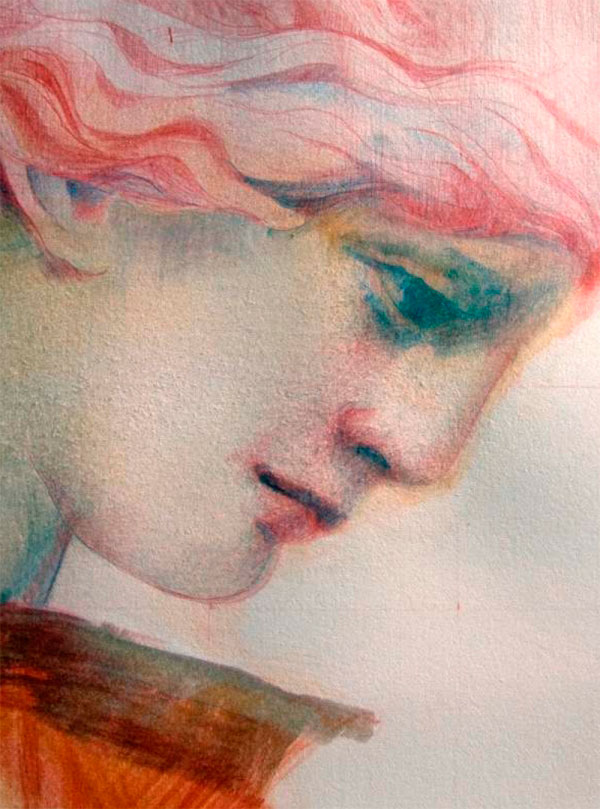 New works for the Incantadas

The Incantadas (Enchanted ones) are four stone pillars from the 2nd century AD, each carved with two life-size mythological figures. The pillars were part of a Corinthian colonnade of a public building at the south of the Imperial era Forum in Thessaloniki.

The Turkish-Islamic population of the city call these figures “suret maleh” (the faces of angels), the Greek-Orthodox inhabitants refer to them as “The idols”, while the Hispanic-Jewish population called them “Las Incantadas”. The last name, in Sephardim Ladino language, was the one that ultimately prevailed.

How can the Classical Greek and Roman sculptures become contemporary drawings? Which new artistic ideas emerge from the exhibition of these Classical works of art and what are the artistic challenges we face today?

Ricardo Marin Viadel and Asunción Jodar Miñarro, artists and professors from the Faculty of Fine Arts of University of Granada, give their own artistic answers to these questions in the exhibition “Incantadas – An installation of monumental and contemporary drawings after the visual heritage from Macedonia”, shown at the Archaeological Museum of Thessaloniki.

The installation is a work in progress, which was inaugurated in September 2012. On Thursday, July 11 2013, at 7.00 p.m., new works of the two artists will be presented at the Archaeological Museum of Thessaloniki. The event will also feature the music and dance group Caja Secreta.