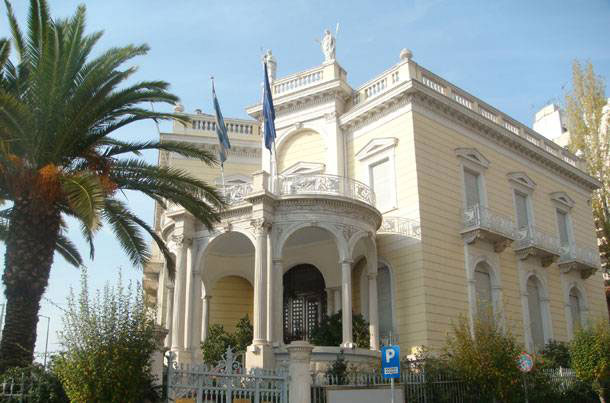 Antiquities and poems of Cavafy in dialogue

Historical and mythological poems of C.P. Cavafy and artworks of antiquity, often evoked in Cavafy’s poetry, are the subject of the upcoming Cycladic Art Museum exhibition “Figures, loved and idealized – Visualizing Cavafy’s poems.” The exhibition will open in November 2013, on the occasion of the “Year of Cavafy” as 2013 has been designated, since it is the 150th anniversary of birth of the great poet from Alexandria. The title of the exhibition refers to the verse “Voices, loved and idealized” of the poem “Voices”.

Director of the Museum of Cycladic Art Nikolaos Stambolidis said that each poem will be presented with reference to specific keywords, accompanied by an explanatory text about the personages and subjects the poems refer to. However, as he adds, they will be displayed in such a way that the visitor will “take something with him when he leaves the museum.” The Central Archaeological Council of Greece has recently given the green light for the loan of 80 works of ancient art to the Cycladic Museum.

The central theme of the poem will be stressed, as Mr. Stambolidis explained. For example, in the case of the poem “Nero’s Deadline,” the Roman emperor and the former consul Galba play the leading parts in the poem. Their busts will be displayed in reference to the poem, while the lighting will be directed first to the front part of Nero’s head and then to that of Galba, thus visualizing the meaning of the poem. “Nero’s Deadline” refers to the Delphic Oracle which warned Nero “Beware the age of seventy-three,” the fact that the young emperor didn’t worry at all, being only 30 years old at the time, and to his successor, 73-year-old Galba, who at the same time secretly mustered and drilled his army in preparation of a rebellion against Nero.

The works of art to be loaned belong to the National Archaeological Museum, the Acropolis Museum, the Epigraphical Museum, the Numismatic Museum of Athens, the Benaki Museum, the 1st, 2nd, 3rd, 5th, 21st, 27th, 37th and 39th Ephorates of Classical and Prehistoric Antiquities, and two coins come from the Alpha Bank Numismatic Collection. The exhibition will run from November 26, 2013 to March 31, 2014.