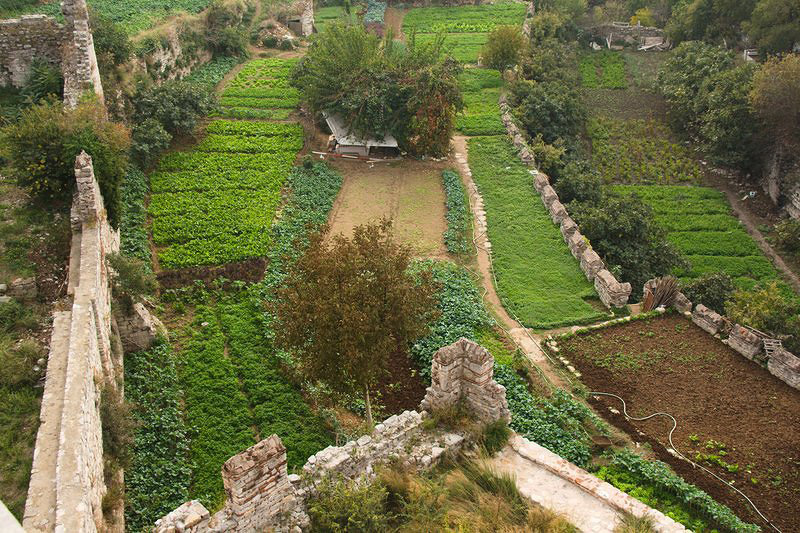 Istanbul’s Fatih district municipality has decided to demolish the Yedikule gardens surrounded by Byzantine-era walls, as protests regarding the city’s Gezi Park continue.

The gardens, which are a UNESCO-protected site, lay along the old city walls and across the way from the Sea of Marmara and a different park of pathways and grassy areas that hugs the shoreline. Caroline Finkel, a historian, said the status of these gardens had allowed this area to remain as it was from the Ottoman Empire era until today.

Fatih Municipality, the owner of the gardens, has announced that it will build a park and a green area without publishing the details of the project. Responding to the plan, as well as to social media reports that “rubble stones were poured on the garden” on July 8, environmentalists and historians flocked to the area, where vegetable plots line the city walls.

Fatih Municipality Mayor Mustafa Demir showed protesters at the gardens the plans for the project and said the work on the project had started in 2006. The Istanbul Metropolitan Municipality also issued a statement on the issue saying Istanbul was embracing a new green area and claiming the project aimed to create a giant park covering 90,000 square meters.

However a farmer who rented one of the gardens and asked to remain anonymous said the municipality had told him to evacuate the area a week before the protests and their efforts to object were only responded to with earth movers demolishing the area.