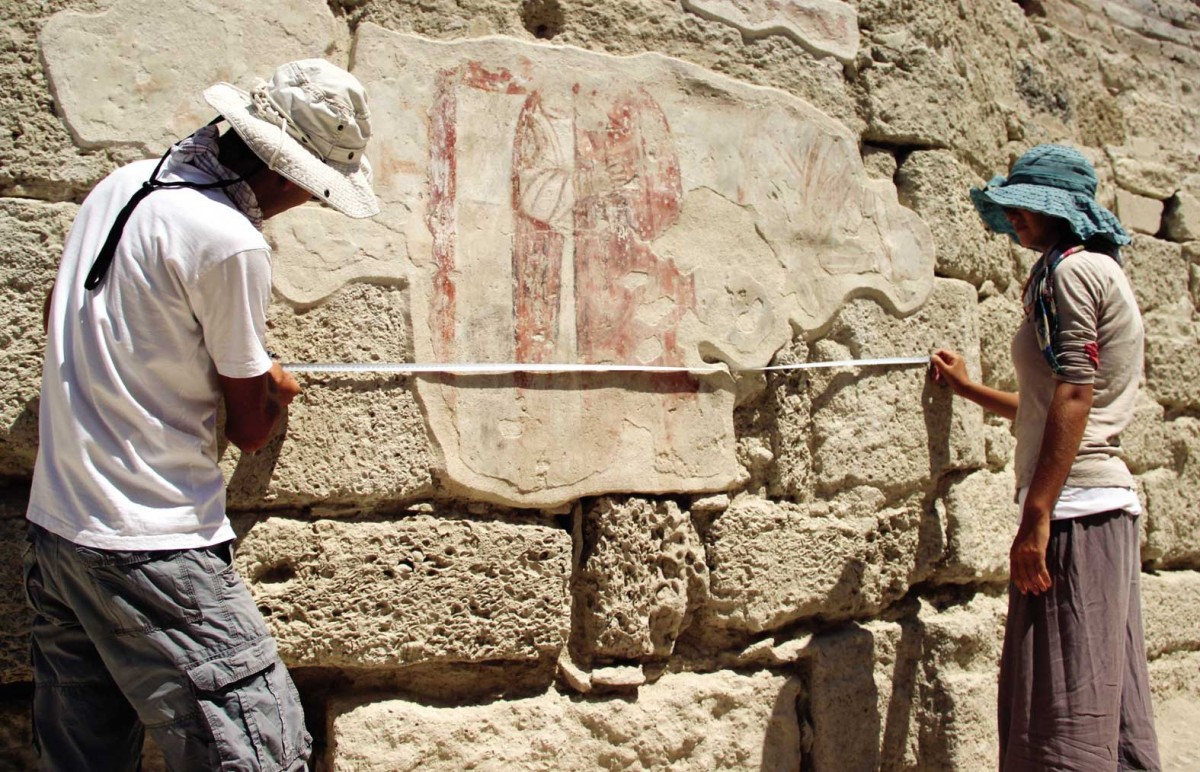 It was probably owned by wealthy people

Ongoing excavations in Denizli’s ancient Lycian city of Tripolis have revealed a house featuring a large collection of colorful mosaics with floral and geometric patterns. Archaeologists believe the house was owned by rich families between the fourth and fifth centuries AD.

“When we removed the earth, we saw that the structures [of the ancient city of Tripolis] had survived underground,” Denizli Governor Abdülkadir Demir recently told Anadolu Agency. The remains found are in a very good condition. The excavation team also revealed the agora and a columned gallery as well as stores. The house with the mosaics is also very well preserved. “There is little damage to the mosaics,” Abdülkadir Demir added.

Five of Denizli’s 19 ancient cities are in a flat area of the province, including Tripolis, he said, adding that excavations had been continuing in the ancient city for 15 years.

More than 50 percent of the excavation work has been completed in the agora area. The Governor said they will be finished by the end of the year, so that the closed bazaar area in the agora can be opened for visitors.

The mosaic-house has seven or eight rooms and its floor is covered with colorful mosaics with floral and geometric patterns, as the head of the Tripolis excavations, Pamukkale University Professor Bahadır Duman, said. “This is why we think that a wealthy family of Tripolis was living in this house. Although it was constructed in the fourth century AD, the house was also used in the fifth century AD. People living in this house were not ordinary people; they were very influential,” Duman explained.

Human settlement in the area, however, dates back to the third century B.C.

The archaeological excavations in the area have started two years ago, and are being conducted by Pamukkale University in Tripolis. One of the most important findings in 2013 was a sixth-century early Byzantine church.