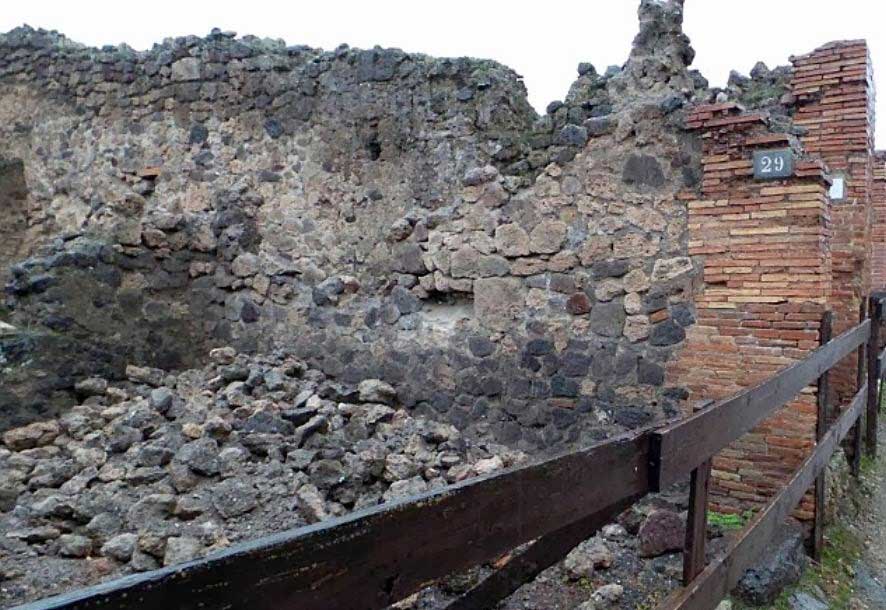 Due to heavy rain

The ancient Roman city of Pompeii has been plagued by another building collapse, due to heavy rain and wind on Sunday. A wall of an ancient shop in the city’s Via Stabiana crumbled, and some plaster fell from the nearby House of the Fountain.

The damaged buildings are in an area that was already set to be restored as part of a 105-million-euro project launched in February thanks to European Union funds. According to conservation authorities repair work would start by mid-December.

A local trade unionist, said the main cause of the latest collapse was the fact that “ordinary maintenance work has been neglected for too many years.”

Since 2010, at least a dozen buildings at the UNESCO World Heritage site have crumbled, including the famous House of the Gladiators. Two weeks ago, cracks appeared in another wall and plaster fell from another building at the site.

Several investigations have revealed that past maintenance and restoration work in Pompeii was undermined by corrupt officials and infiltration by the local mafia, the Naples-based Camorra.