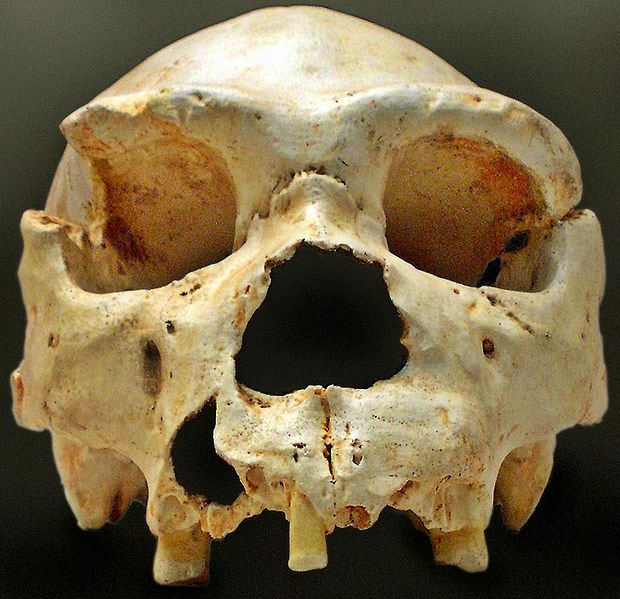 Researchers at the Max Planck Institute for Evolutionary Anthropology in Leipzig, Germany, have determined an almost complete mitochondrial genome sequence of a 400,000-year-old representative of the genus Homo, whose remains were found in Spain. DNA this old has until recently been retrieved only from the permafrost. Still, using novel techniques to extract and study ancient DNA, the scientists gained access to the evidence from the Sima de los Huesos cave site, finding links to the mitochondrial genome of Denisovans, extinct relatives of Neanderthals in Asia.

Sima de los Huesos, (meaning the “bone pit”), is a cave site in Northern Spain that has yielded the world’s largest assembly of Middle Pleistocene hominin fossils. There, at least 28 skeletons have been excavated and pieced together over the course of more than two decades. The Spanish team of paleontologists led by Juan-Luis Arsuaga who researches the material has managed to classify the fossils as Homo heidelbergensis of a unique kind, also carrying traits typical of Neanderthals.

Enter Matthias Meyer and his team from the Max Planck Institute for Evolutionary Anthropology in Leipzig, Germany, who have developed new techniques for retrieving and sequencing highly degraded ancient DNA.  Joining forces with Juan-Luis Arsuaga and his team, they applied the new techniques to a cave bear from the Sima de los Huesos site. After this success, the researchers sampled two grams of bone powder from a hominin thigh bone from the cave. They extracted its DNA and sequenced the genome of the mitochondria or mtDNA, a small part of the genome that is passed down along the maternal line and occurs in many copies per cell. The researchers then compared this ancient mitochondrial DNA with Neanderthals, Denisovans, present-day humans, and apes.

From the missing mutations in the old DNA sequences the researchers found out that the Sima hominin lived about 400,000 years ago. It also shared a common ancestor with the Denisovans, an extinct archaic group from Asia related to the Neanderthals, about 700,000 years ago. “The fact that the mtDNA of the Sima de los Huesos hominin shares a common ancestor with Denisovan rather than Neanderthal mtDNAs is unexpected since its skeletal remains carry Neanderthal-derived features”, says Matthias Meyer. Considering their age and Neanderthal-like features, the Sima hominins were likely related to the population ancestral to both Neanderthals and Denisovans. Another possibility is that gene flow from yet another group of hominins brought the Denisova-like mtDNA into the Sima hominins or their ancestors.

“Our results show that we can now study DNA from human ancestors that are hundreds of thousands of years old. This opens prospects to study the genes of the ancestors of Neanderthals and Denisovans. It is tremendously exciting” says Svante Pääbo, director at the Max Planck Institute for Evolutionary Anthropology.

“This unexpected result points to a complex pattern of evolution in the origin of Neanderthals and modern humans. I hope that more research will help clarify the genetic relationships of the hominins from Sima de los Huesos to Neanderthals and Denisovans” says Juan-Luis Arsuaga, director of the Center for Research on Human Evolution and Behaviour. The researchers are now focusing on retrieving DNA from more individuals from this site and on retrieving also nuclear DNA sequences, in order to paint a clearer picture of the unexpected Homo-Neanderthal link.