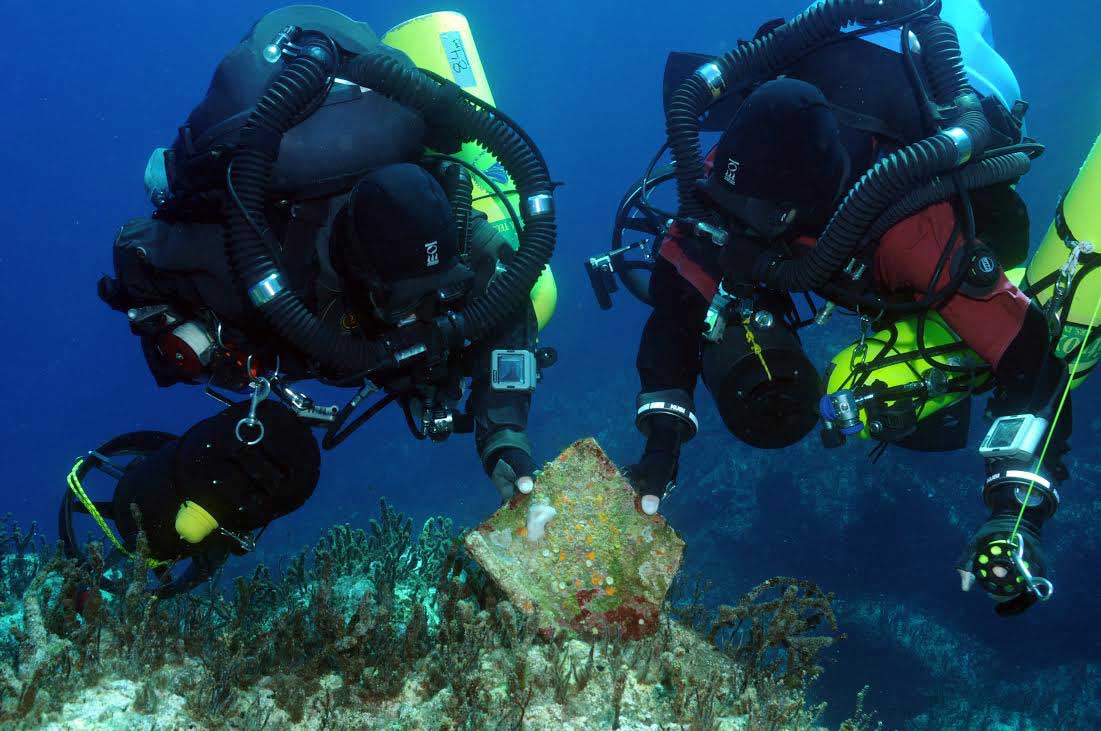 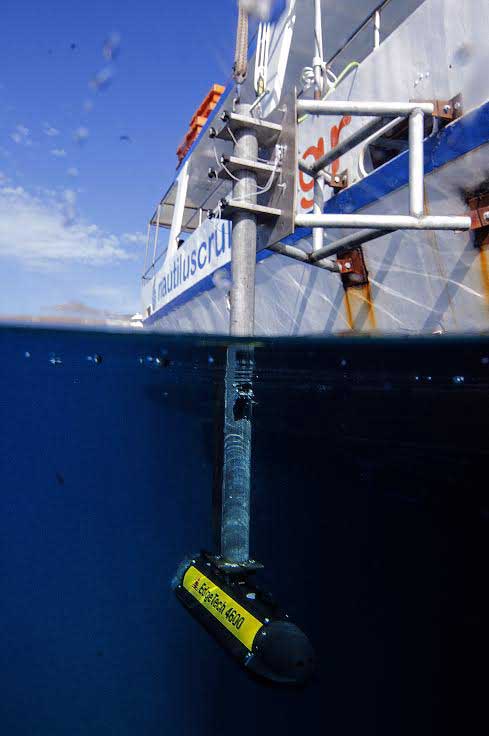 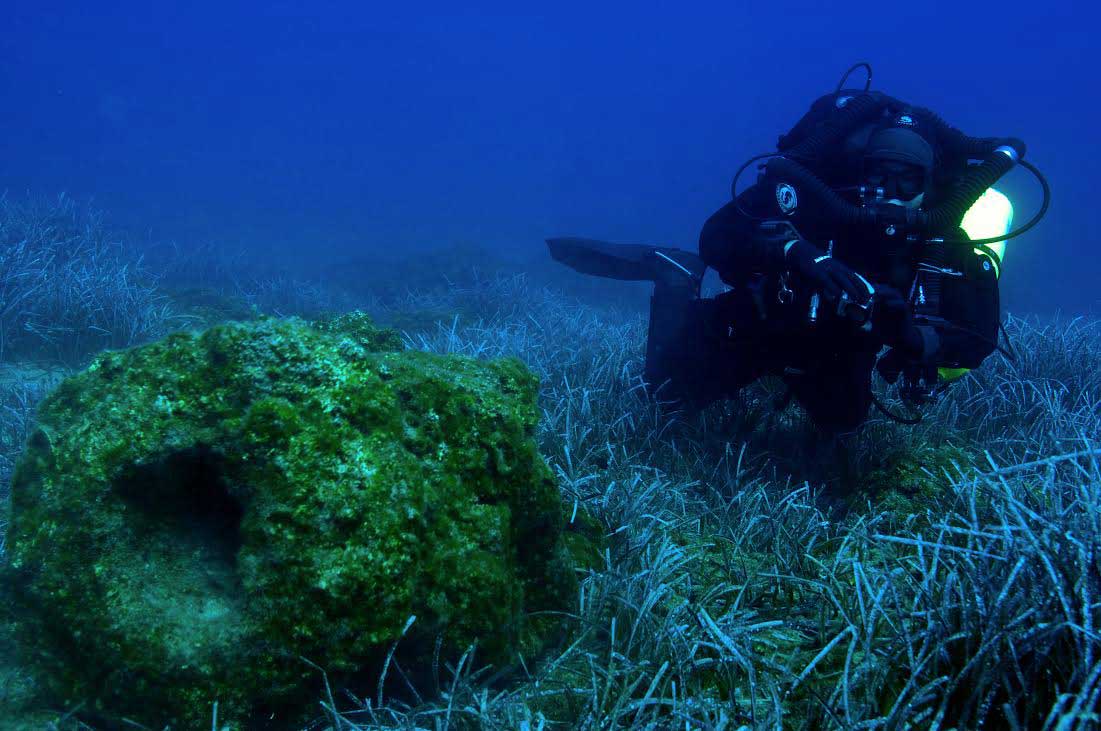 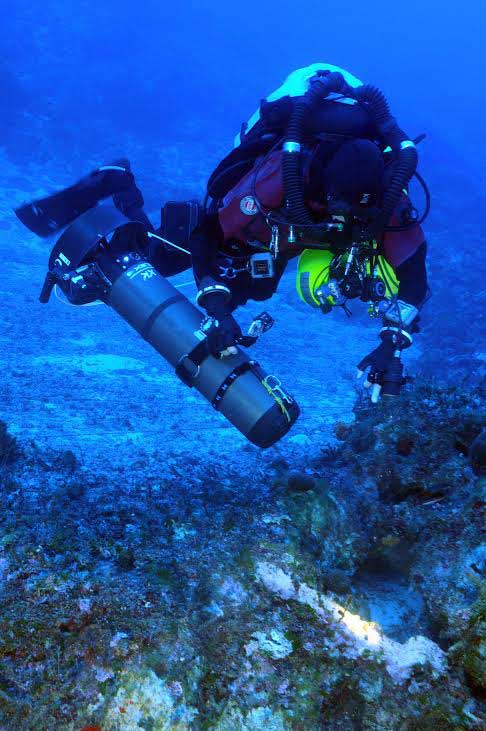 The Hellenic Ephorate of Underwater Antiquities

The Hellenic Ephorate of Underwater Antiquities with the technical and financial support of the Woods Hole Oceanographic Institute (WHOI), has successfully conducted an underwater archaeological survey during the time Sept. 15 – Oct. 15 2013, in Western Crete and Antikythera, locating six ancient shipwrecks and five anchorages, thus gaining new insights into the history of the Antikythera shipwreck.

Using the Edge Tech-4600 technology, which produces real-time high resolution 3D maps of the seafloor providing co-registered simultaneous side scan and bathymetric data, the area beginning 65 km off the coast of the Gramvousa and Rodopos peninsula and up to the 120-metre isobath was surveyed, as was the perimeter of Antikythera (30 km). Researchers layed stress on the area of the Roman shipwreck of Antikythera and the cargo of the ancient treasures (36 statues and the famous Antikythera Mechanism), which were recovered thanks to the titanic efforts of Symian sponge divers in 1900. In 1976, Cousteau’s team revisited the area, under the supervision of the Hellenic Ministry of Environment of the time, while in 2012 researchers of the Hellenic Ephorate of Underwater Antiquities and the WHOI undertook a joined expedition at the site.

By combining the survey results of 2012 and 2013, the archaeologists concluded that there are possibly two shipwrecks in the same area. Systematic survey is necessary in order to answer the scientific questions raised by the comparative study of the 1900 raising and the limited excavational survey of 1976 in a small part of the area that the cargo covered. According to archaeologists, it is certain that the surveys will bring to light important archaeological findings, like those already recovered.

In addition, the remains of six ancient shipwrecks were located in the area of the two western peninsulae of Crete: three of Roman times, one with a cargo of stone blocks weighing more than 100 tons, the second with a cargo of amphorae and utilitarian pottery and the third with a cargo of African amphorae, two with amphorae of the Middle Byzantine period and one with a cargo of unidentified perforated stones. Also, the relics of a modern metal shipwreck and the remains of a 19th-century shipwreck were located, which could be attributed to the HMS Cambrian that sank while bombarding pirates in the castle of Gramvousa in January 1828. Five more anchorage sites used from the Classical period until today were investigated, which are indicative for the ancient seafaring in the difficult waters of western Crete, as well as the elevated harbour of Kissamos with very interesting observations. Equally significant were the conclusions regarding the seismic and geological history of Western Crete and Antikythera, as both sites lie along the Hellenic arc, where an earthquake measuring 6.2 on the Richter scale occurred during the surveys.

The underwater optical survey was conducted mainly by the use of the technical diving methods Nitrox and Trimix and the application of the close-circuit rebreathers and DPVs enabling the survey of 25 km in up to 70 m depths within 100 hours of diving.

The survey, carried out under the supervision of the Director of the Ephorate Dr A. Simosi, is being conducted by the archaeologists Dr Th. Theodoulou (scientific advisor of the survey) and Dr B. Foley (representing WHOI). The 15-member team included archaeologists, geologists, geophysicists, divers, underwater archaeologists, underwater technicians and photographers. Very helpful was also the contribution of local divers, like the diving club of Chania “Filoi tou Vythou” and the Kissamos Diving Center.