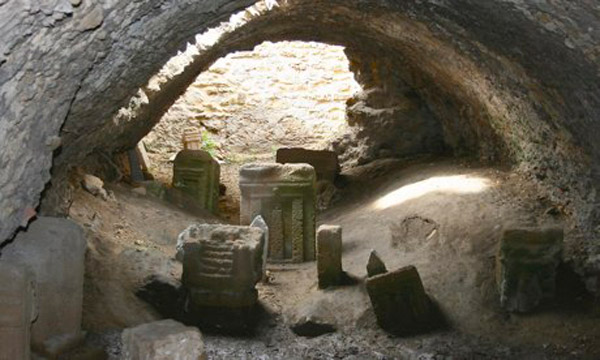 Did Carthaginians Sacrificed Their Children?

“Why not?”, new research suggests

Results from a new international research led by Paolo Xella (ISCIMA,CNR) seeks to confirm ancient records on Carthaginians sacrificing their own children to thank their gods.

According to The Guardian, the team -a group of Punic archaeologists and historians from Italy and the Netherlands- looked at ancient litterary sources (eg. Diodorus Siculus), inscriptions and forensic evidence from Carthaginian cemeteries in Tynisia, Sicily and Sardinia (known in bibliography as tophets), seeking to define whether ancient records on Carthaginian child sarcrifices can be supported from archaeological finds.

The team argued that whereas the forensic evidence strongly agrees with ancient historical records, there is a modern research taboo on believing that the Carthaginians could actually follow such a cruel custom. “This is something dismissed as black propaganda because in modern times people just didn’t want to believe it,”, says team member and Oxford lecturer Josephine Quinn on academic tradition regarding the subject. “We like to think that we’re quite close to the ancient world, that they were really just like us – the truth is, I’m afraid, that they really weren’t.”

Ancient historians, with the Roman Diodorus Siculus as the most prolific, gave graphic accounts of Carthaginian child sacrifice: “There was in their city a bronze image of Cronus, extending its hands, palms up and sloping towards the ground, so that each of the children when placed thereon rolled down and fell into a sort of gaping pit filled with fire.”

Diodorus even said that some citizens who bought children from poor people and reared them specially for sacrifice believed misfortunes had resulted because they had not sacrificed their own offspring.

Forensic evidence from the graves revealed within the tophets of Tynisia’s Carthage, Italy’s Selinunte and other sites with Carthaginian character comes in the form of tiny cremated bones carefully packed into urns. These urns were buried under tombstones inscribed with texts giving thanks to the gods and rarely bearing pictirial decoration. In one such case, a carving shows a priest carrying the body of a small child.

In addition, animal remains from the sites, identified as sacrificial offerings, were buried in exactly the same way as the bones of children and in several cases alongside them in the same urn.

However impressive, the finds were also… depressive enough to divide the academic community. While some archaeologists and historians saw the finds as condfirming ancient accounts of child sacrifice, others insisted they showed tender respect for cherished children who died before or soon after birth. Four years ago a group of scientists published a paper saying the cremated remains did not indicate infant sacrifice. Even now, a group of researchers that studied the same bones argue that the earlier study got the science of burnt infant bones wrong, and therefore greatly overestimated the number who died before birth rather than being murdered in infancy. The relevant paper appears in the same issue of the journal Antiquity when Xella and Quinn’s research is also published!

According to Quinn and her colleagues, although hundreds of remains were found, there were far too few to represent all the stillbirth and infant deaths of Carthage. Talking numbers, there were perhaps 25 such burials a year, for a city of perhaps 500,000 people.

Then, there are the inscriptions and iconography. “The inscriptions are unequivocal: time and again we find the explanation that the gods ‘heard my voice and blessed me’. It cannot be that so many children conveniently happened to die at just the right time to become an offering – and in any case a poorly or dead child would make a pretty feeble offering if you’re already worried about the gods rejecting it.”, says Quinn, who also rejects the view that the carving of a priest carrying a child showed tender respect for cherished children who died before or soon after birth, supporting instead that this is clearly a sacrificial scene.

“The feeling that some ultimate taboo is being broken is very strong. It was striking how often colleagues, when they asked what I was working on, reacted in horror and said, ‘Oh no, that’s simply not possible, you must have got it wrong.'”, says Quinn.

“But when you pull together all the evidence – archaeological, epigraphic and literary – it is overwhelming and, we believe, conclusive: they did kill their children, and on the evidence of the inscriptions, not just as an offering for future favours but fulfilling a promise that had already been made. This was not a common event, and it must have been among an elite because cremation was very expensive, and so was the ritual of burial. It may even have been seen as a philanthropic act for the good of the whole community.”, she explains.