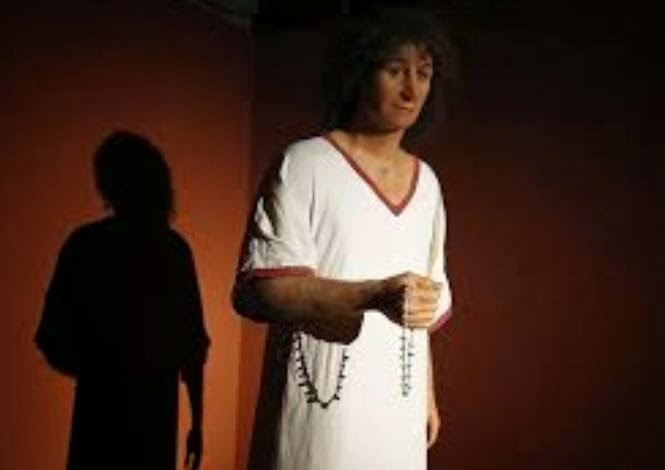 Face to Face With a Carthagenian

The life and death of Arish from Carthage

On January 29 the American University of Beirut Archaeological museum opened a special exhibition dedicated to the reconstructed identity of a man who lived in Carthage (modern day Tunisia) 2,500 years ago.

His name was Arish, “the beloved one”. He was relatively young (19 to 24 years old) when he died in his homeland Carthage, the most famous Phoenician colony in the North of Africa, in the 6th century BC. Nearly 2,500 years later, the curator of the Tunis National Museum Abdelmagid Ennable revealed a tomb, where Arish’s body was still buried.

Now, based on his skeleton,  researhers managed to reconstruct Arish’s face and body using criminal investigation techniques and dermoplasty. With the help of French dermoplastic sculptor and specialist Elisabeth Daynes, the result is a life-like prototype of a Phoenician-Carthagenian man. Estimated to be between 19 and 24 years old at time of death, the young man of Carthage was about 170 centimeters tall, and bore physical features that have come to be associated with Phoenicians – a broad forehead, high orbits and long skull. The reconstruction is considered to be 95 percent accurate, since the colour of eyes, hair, and skin could not be verified through criminal investigation techniques.

And then, the “invitation” to Lebanon came. “When I found out about Arish during an international museum meeting in Paris, I was thrilled and eager to invite him to the AUB museum and the land of his ancestors,” said Leila Badre, the Museum’s director.

While the recreated man was brought to AUB, it was not possible to ship his skeleton, due to the difficulty of transporting human bones across countries. Instead, the museum decided to show one of the skeletons in its own collection. Arish, along with some items discovered in the tomb, will be on display at the AUB Museum, in an exhibition entitled “The Young Phoenician Man of Carthage,” organized by the Society of the Friends of the AUB Museum in collaboration with the National Museum of Carthage. The exhibition will run from January 29 to February 26, 2014.