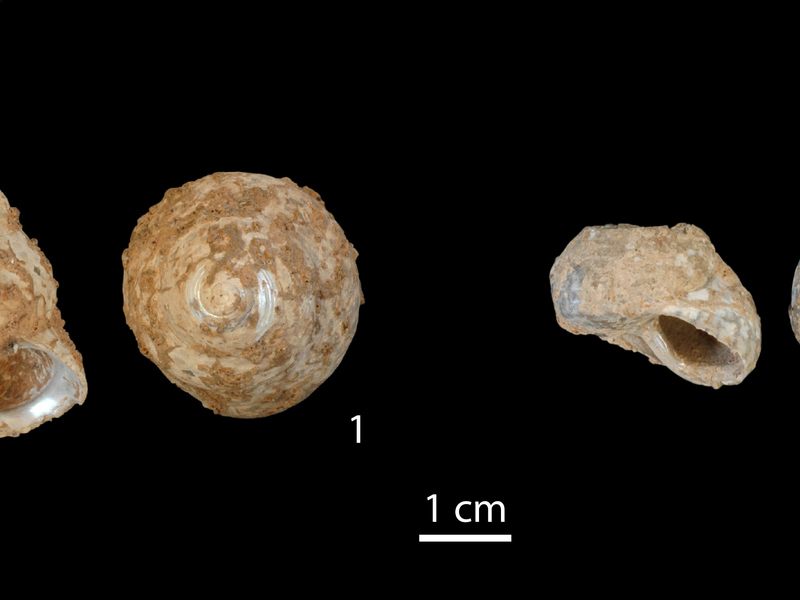 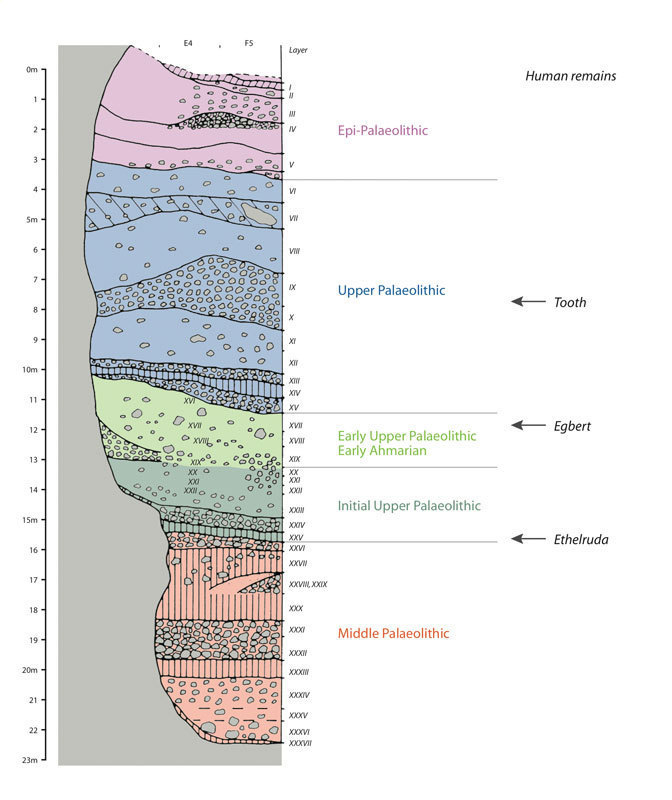 Modern human dispersal into Europe came from the Levant

Researchers from the Max Planck Institute for Evolutionary Anthropology found out

Modern humans occupied the Near East 45,900 years ago and colonized Europe from there.

A multinational team led by researchers from the Max Planck Institute for Evolutionary Anthropology (Leipzig, Germany), working in collaboration with colleagues from the Universities of Leiden, Groningen (the Netherlands), Mainz (Germany), York and Cambridge (UK), analysed shells recovered at Ksâr ‘Akil, a site in Lebanon. Ksâr ‘Akil  is one of the few sites in the Near East where modern human fossils are associated with Upper Palaeolithic (UP) tools. The authors radiocarbon-dated the shell carbonates of the mollusc species Phorcus turbinatus that was eaten by prehistoric humans. Using several independent lines of evidence in a novel approach, they could show that modern humans carrying a UP toolkit occupied the Levant at least 45,900 years ago. This confirms UP modern human presence in the Levant prior to their arrival in Europe and suggests that the Levant served as a corridor for the colonization of Europe by modern humans.

The timing of the spread of modern humans out of Africa and into Eurasia is currently a topic of major debate among archaeologists, human paleontologists and geneticists. When did modern humans first arrive in Europe and what route did they take? Did the Levant serve as a corridor facilitating Upper Palaeolithic modern human dispersal? “The problem is that we have very few human remains associated with the early Upper Palaeolithic in both the Levant and Europe,” says Jean-Jacques Hublin, Professor at the Max Planck Institute for Evolutionary Anthropology.

“The importance of Ksâr ‘Akil lies in the fact that we have two modern human fossils, nicknamed ‘Ethelruda’ and ‘Egbert’ by the original excavators, associated with Upper Palaeolithic toolkits from the site,” explains Marjolein Bosch from the Max Planck Institute for Evolutionary Anthropology, the lead author of the study. The authors report in the Proceedings of the National Academy of Sciences of the USA new age estimations for these two fossils. “Our analyses show that Egbert lived around 43,000 years ago and Ethelruda at least 45,900 years ago, possibly earlier. Therefore, Ethelruda pre-dates all European modern humans,” says Johannes van der Plicht from the Center for Isotopic Research of Groningen University. “Toolkits similar to those associated with Ethelruda and Egbert are also found in other sites in the Levant as well as in Europe. These similar toolkits and the earlier ages in the Near East suggest population dispersals from the Near East to Europe between 55,000 and 40,000 years ago,” explains Bosch.

The authors studied an assemblage of around 3500 shells comprising 49 species and found that the best-preserved shells were those of molluscs gathered by prehistoric humans for consumption as food. “We know, for instance, that Phorcus turbinatusmolluscs were eaten by Upper Palaeolithic humans because the tops of their shells were frequently cut off to facilitate the extraction of their flesh”, explains Marcello Mannino from the Max Planck Institute for Evolutionary Anthropology.

It has been notoriously difficult to radiocarbon-date shells in the Levant. “In general, radiocarbon dating of shell is a developing technique and up to now there is no fool-proof method to adequately detect diagenetically compromised samples,” says van der Plicht. “We developed a novel approach integrating radiocarbon dates and biochemical datasets in an effort to address these issues,” Mannino explains. “One of these approaches is a technique called ‘intra-crystalline protein diagenesis’ which evaluates the integrity of amino acids preserved in the intra-crystalline structure of the shell carbonates,” explains Beatrice Demarchi from the University of York. These combined analyses have allowed the authors to propose a robust new chronology for Ksâr ‘Akil.