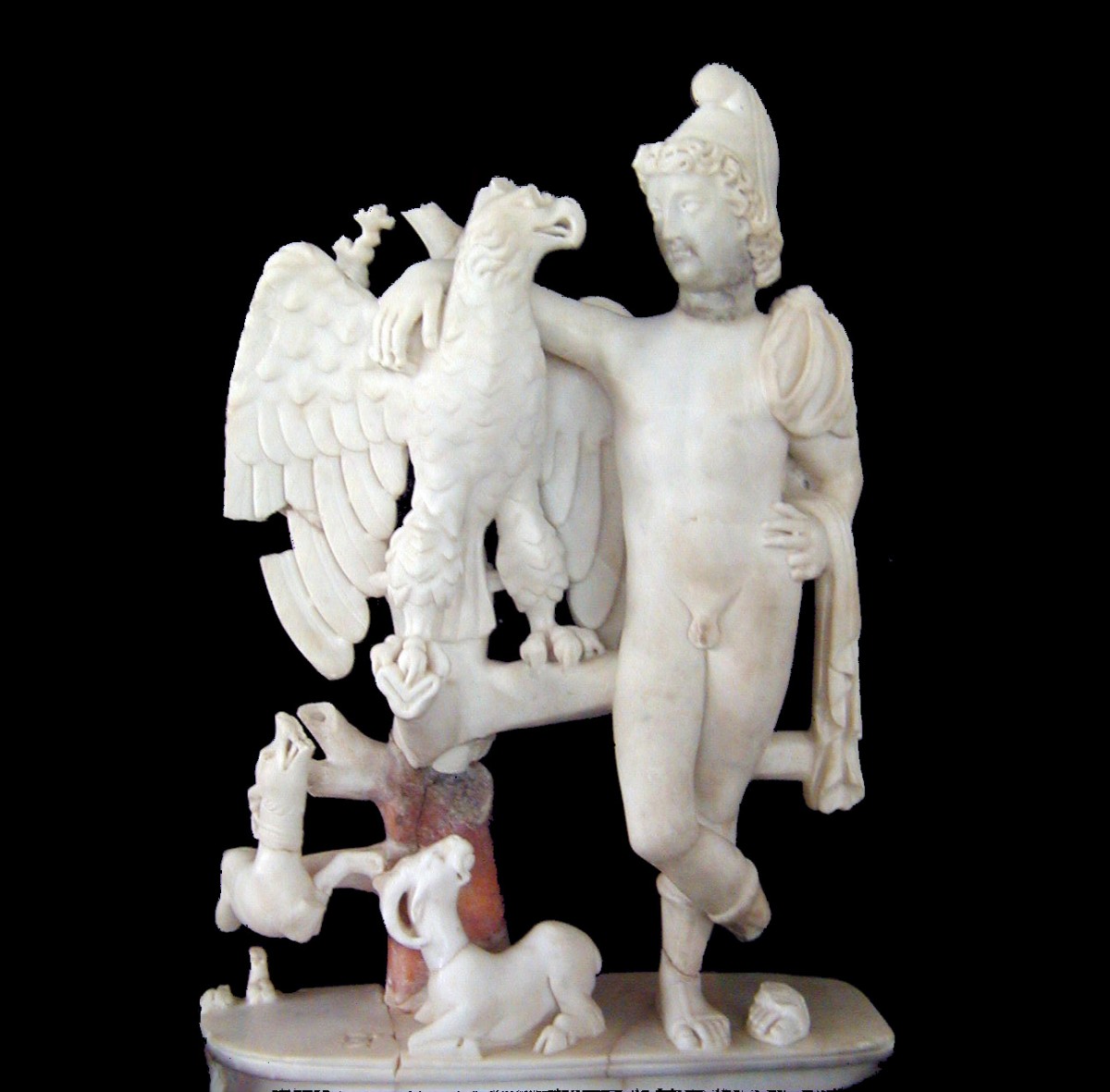 A 5th c. AD statue depicting the mythological figure of Ganymede embracing Zeus in the form of an eagle was stolen from the Paleo-Christian Museum in Carthage, Tunisia by thieves who broke into the building over the weekend.

First discovered in pieces during a 1977 excavation in a cistern under the House of the Greek Charioteers in Carthage, the statue measured over a foot and a half once it was restored. Study of the sculpture and others like it made clear that wealthy Christians of the period did not hesitate to decorate their homes with pagan sculptures.

The Tunisian police and Interpol are now on the lookout for the statue.