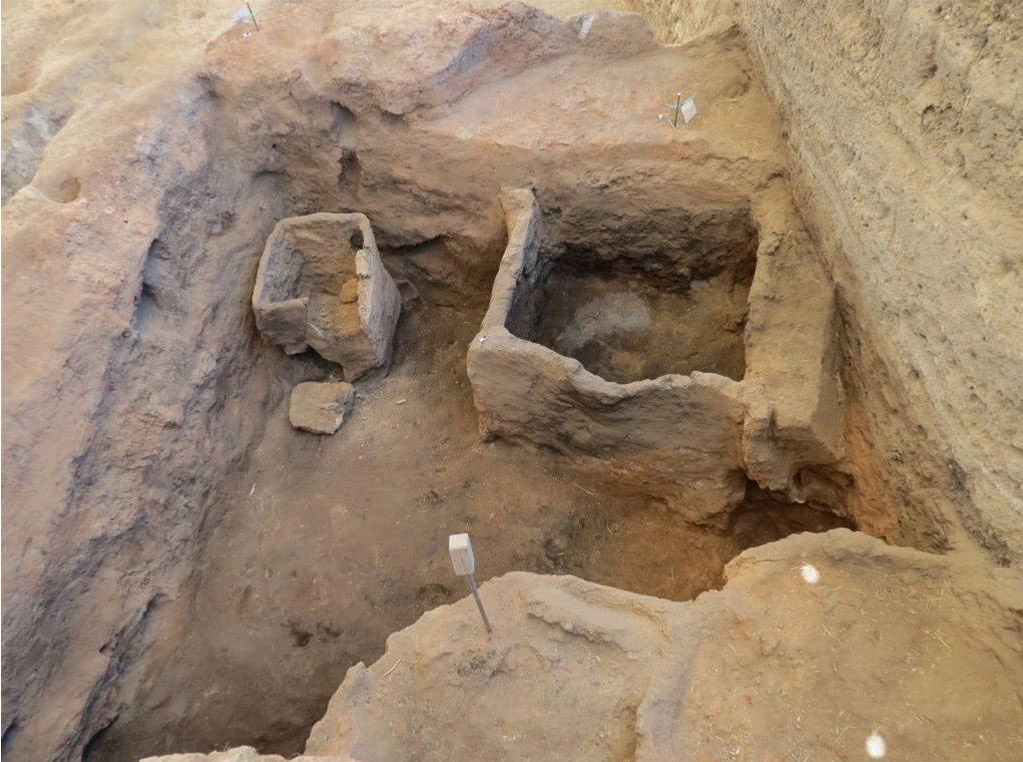 It is the largest amount of Neolithic grain ever found

The largest amount of Neolithic grain known so far was unearthed in Çatalhöyük, Turkey by a Polish archaeological team.

“In a small room with an area of approximately 7 m2 we discovered four clay rectangular containers. Each contained barley”, explained project leader Prof. Arkadiusz Marciniak (Institute of Prehistory, Adam Mickiewicz University in Poznań). According to Prof. Marciniak, only few inhabited households remained on the hill at the time.

According to the archaeologists, each one of the two storage facilities contained approximately 5 kg of grain which survives in a very good condition. A second grain cluster was discovered in another site in the same room. Archeobotanical analysis showed that the commodity belonged to an extinct species of wheat, which was popular in Neolithic times in the Middle East and Europe. It is also suggested that the grain storage must have burned down as grain was charred at the temperature of several hundred degrees.

The room in which the discovery was made was situated in the north-eastern part of the homestead and it belonged to a larger residential building, inhabited 8,200 years ago, during the settlement’s final phase. The archaeologists were able to determine that the walls of the room were whitened from the inside, and the room also contained several ceramic vessels, also used for storage.

Çatalhöyük is located in the southern part of the Anatolian Plateau (central Turkey). So far, Polish excavations have focused in the central part of the tell -an artificial hill formed as a result of centuries of settlement. Currently, during the second season, archaeologists explore a part of the site’s south slope.