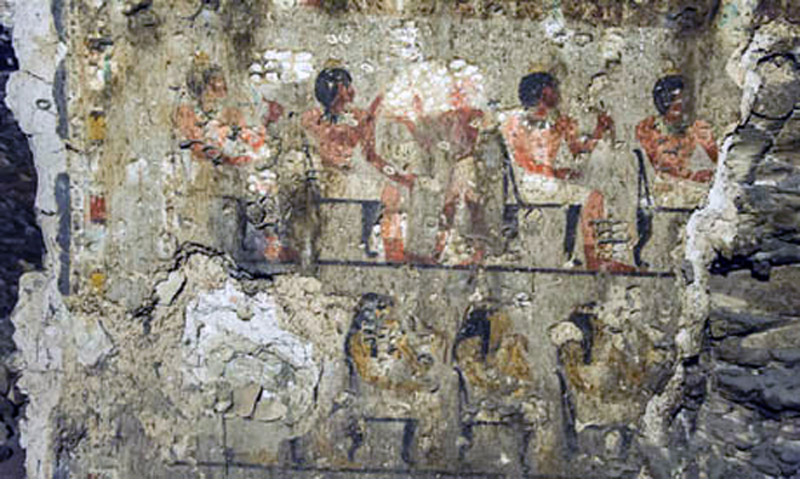 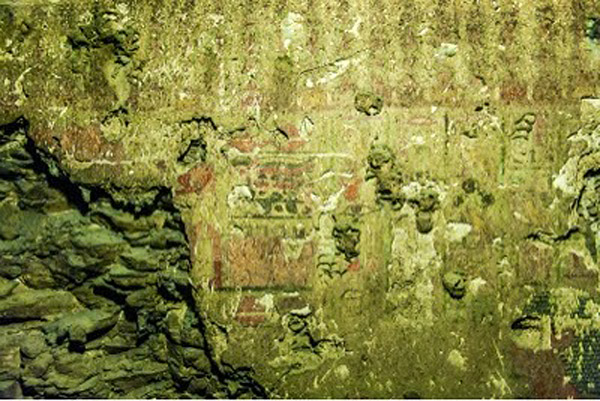 At Sheikh Abd-el-Qurna, near Luxor

A New Kingdom nobleman’s tomb, still bearing a series of well preserved wall paintings has been revealed in the necropolis of Sheikh Abd-el-Qurna, near Luxor, Egypt.

According to a statement by the Egyptian Minister of State for Antiquities, Mohamed Ibrahim, the tomb is ascribed to Maayi, a top governmental official who served as a stablemaster at some point during the 18th Dynasty.

The tomb was discovered by the members of The Min Project, a Spanish-Italian expedition excavating and studying the tomb of a nobleman called Min (TT 109), under the lead of Dr. Mila Alvarez Sosa. As it is reported, the archaeologists dug a hole on one of the walls of TT 109 and found themselves inside Maay’s tomb. And, while it was possible to locate the inner parts of the tomb, its entrance and outer parts are still unexplored as they are still covered by debris.

Within the inner parts of the tomb revealed so far, wall decoration survives in very good condition. Themes include a banqueting scene and depictions of the owner with family members.

As reported in Luxor Times Online magazine, Dr. Alvarez Sosa “I am happy with this discovery especially it is her first season of the concession in this site.”, adding that there were different expertise cooperated in the excavation between the Egyptian and foreign archaeologists of different specialties.