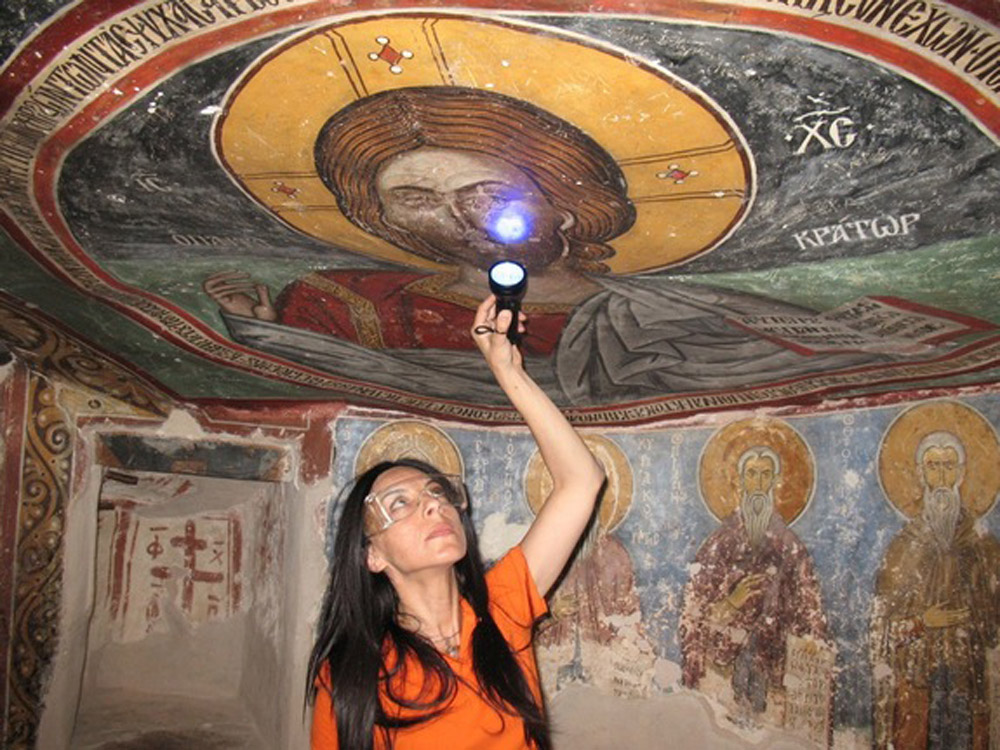 At the Encleistra of St. Neophytos

UCLA researchers studying 12th c. wall paintings at the Encleistra of St. Neophytos in Cyprus led by Engineering Professor Ioanna Kakoulli found that a kind of asbestos had been used within the plaster coating under the paintings in order to secure their stability and preservation.

According to article recently published in the Journal of Archaeological Science, details of which were reproduced by NBC News, the researchers discovered the magnesium silicate mineral, chrysotile  or white asbestos, in the finish coating of the plaster underneath a portion of a wall painting. The common use of asbestos, a natural mineral known for its ability to separate into fibres is recorded since the Industrial Revolution, while its used has ceased recently after it was proved its connection to cancer. However, since 2,500 BC asbestos minerals were mixed with clay to strengthen pottery, while during the Roman Era, asbestos fibres were incorporated into textiles to make cloths of special use which could be cleaned when tossed into fire. According to Prof. Kakoulli, the material was actually thought as having magical powers.

Still, the UCLA research team could not expect that the Encleistra’s wall-paintings contained asbestos. And while they check whether any change had occured in the materials used in the paintings across the centuries, it is now quite certain that Byzantine wall-paintings in the monastery stood the test of time with the help of a “magic touch”.