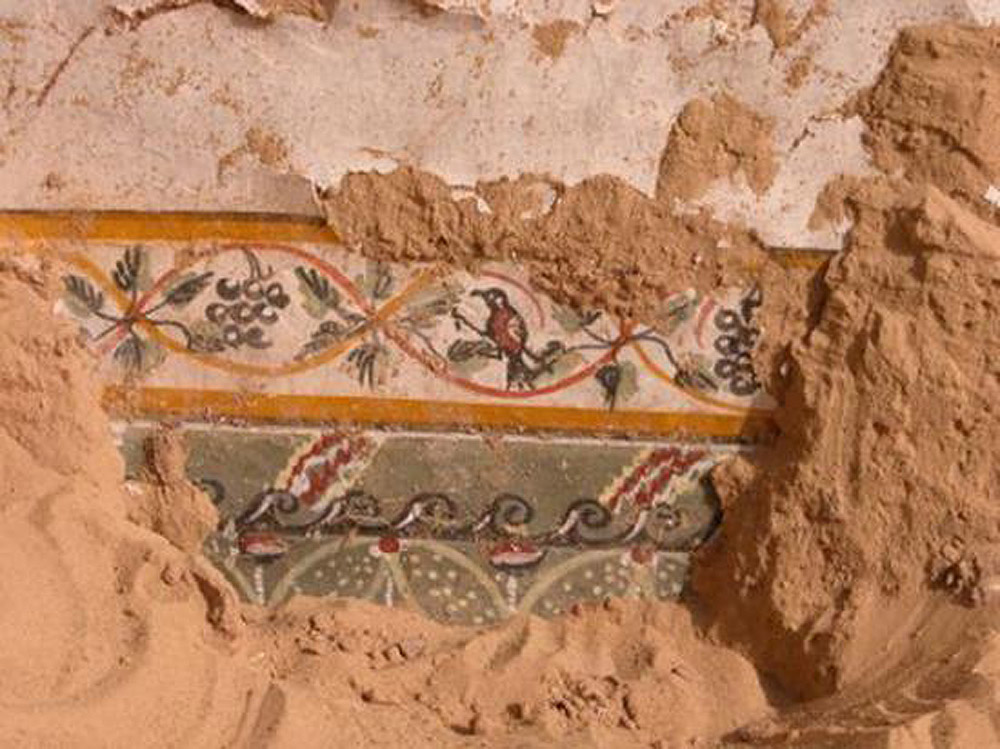 Guarding Grapes and Other Tales from Papyri

Guarding grapes in ancient Egyptian vineyards was no easy gig.

A University of Cincinnati graduate student writes about the contractual obligations of vineyard guards and researchers from around the world contribute more stories from ancient times in the most recent volumes of the Bulletin of the American Society of Papyrologists (BASP).

UC’s Peter van Minnen, associate professor of classics, has edited the international journal since 2006. BASP is an annual collection of articles and reviews pertaining to important discoveries from around the world in the field of papyrology – the study of ancient texts on papyrus and other materials.

In “Guarding Grapes in Roman Egypt (P.Mich. inv. 438),” UC graduate student Kyle Helms details what he deciphered from a roughly 3-by-5 inch shred of dark brown papyrus dating back to the fourth century.

In large, cursive script, the hired guard outlines his labor contract: “I agree that I have made a contract with you on the condition that I guard your property, a vineyard near the village Panoouei, from the present day until vintage and transport, so that there be no negligence, and on the condition that I receive in return for pay for all of the aforementioned time” an unknown amount of money, as the papyrus is broken off at the bottom.

In his contribution, Helms references another papyrus record of a vineyard guard who was beaten by “violent and rapacious” criminals while attempting to chase them from the vineyard.

Other UC research published in the latest volumes of BASP include:

“A Cancellation of a Contract of Debt from Hermopolis” by Andrew Connor, classics graduate student, BASP 49