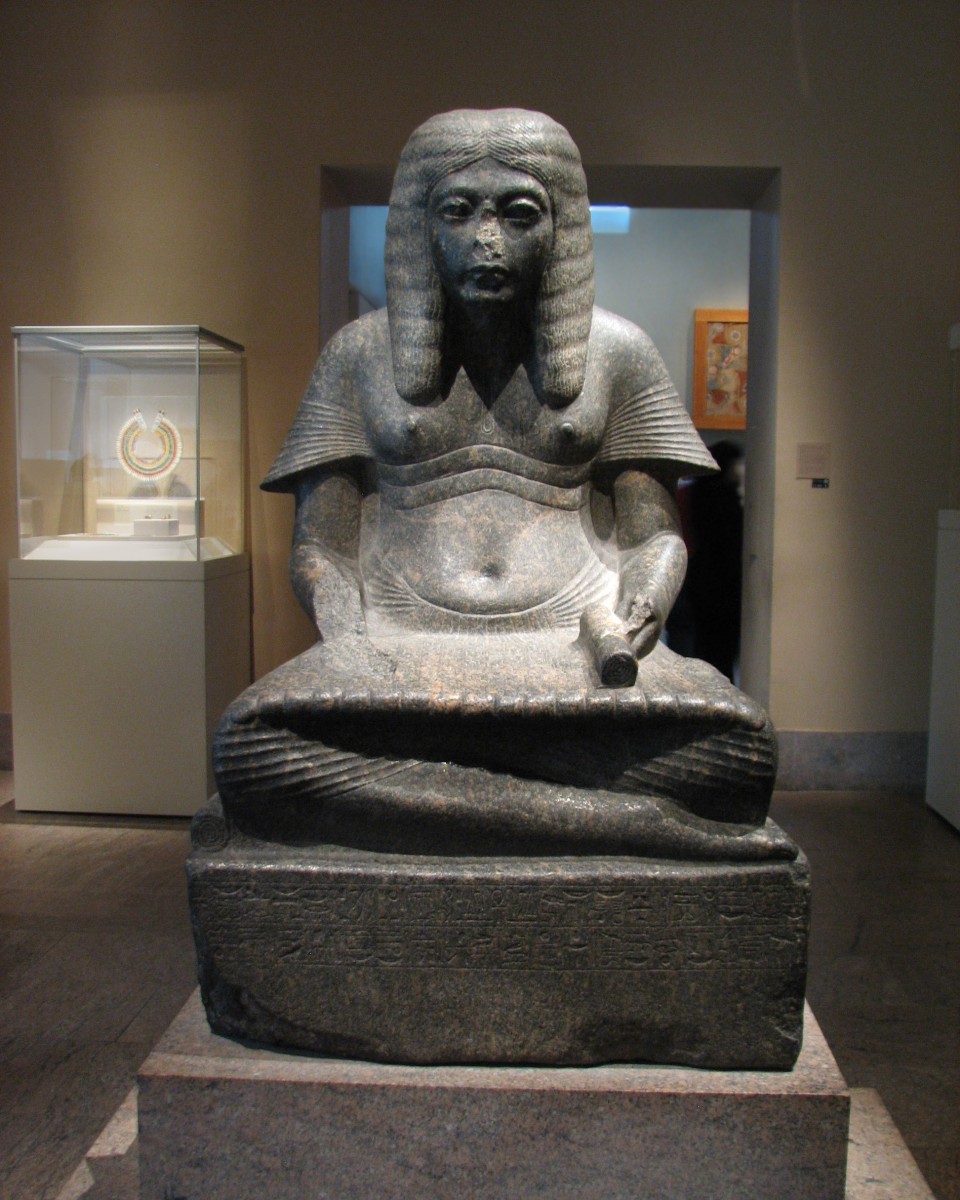 Assessing evidence on the literacy of Egyptian kings

Were the Pharaohs of ancient Egypt literate? This is the research question for Egyptologist Filip Taterka, currently a doctoral student at the Institute of Prehistory, Adam Mickiewicz University in Poznań, Poland, who claims that beyond the general assumption that the kings of ancient Egypt and their kin could read and write, there is also actual material evidence to prove it.

The sophisticated ways Egyptians had developed to visually reproduce different forms of their language in relation to time period, occasion and medium have been widely studied through language-based Egyptology, since 1822, when J.-F.  Champollion formally announced he had deciphered the Egyptian Hieroglyphs,  It is also generally accepted that only 1 to 3% of ancient Egypt’s inhabitants could read and write. This percentage has been associated with the higher stata of ancient Egyptian society in all periods and if so, one coud suggest that the kings and their immediate family were literate. Several kings are also associated with producing “admonitions”, sets of advice that ended being part of Egyptian classical literature, and others for producing religious texts and hymns. Still, is there any material evidence that could support their literacy?

Researchers indeed believe that knowledge of hieroglyphics was necessary to fulfil the Pharaoh’s duties, which included religious rituals, during which the ruler would recite sacred texts. However, literacy was probably a barrier easy to overcome. There were kings of Egypt of non-Egyptian origin who could not speak the language, let alone write it, while kings in Bronze Age Mesopotamia were evidently, in their majority, non-literate, as probably because cuneiform was far more difficult to master.

In fact, Egyptian sources tell us little about the royals’ reading and writing skills.”Relatively late sources suggest that even one of the first rulers of Egypt – Aha – mastered the writing skill. He was believed to be an author of a few medical treaties, although the reliability of this report is, of course, debatable”, says Taterka, who sees that evidence of royal education consists of objects, such as the scribal set found in the tomb of Tutankhamun, references on princes who became kings having held administrative positions and traditions recalling pharaohs writing.

“The most famous Egyptian text that speaks of the royal literacy is the Prophecy of Neferti. It is a story concerning the first king of the fourth dynasty – Sneferu. In the story, the ruler writes down the words of Neferti – the wise man from the East- on papyrus. Although this story can not be treated as proof of literacy of Sneferu himself, since it was created a thousand years after his reign, it clearly shows that at least in the time of the 12th dynasty, the Egyptians could imagine such a situation”. He also adds that “future pharaohs often held high administrative positions. Any function within the state administration in ancient Egypt was associated with the absolute necessity of knowledge of the letter. Without this, they would not be able to perform their duties”.

The latter can be also perceived as evidence on the literacy of the royal children in general, a matter material evidence cannot properly cover. “The royal children, like other Egyptians in writing schools, were probably primarily taught hieratic, which was essential for administrative positions. Study of classical hieroglyphs was probably was reserved for the children groomed for priesthood, and probably for the future heir to the throne”, says Taterka.