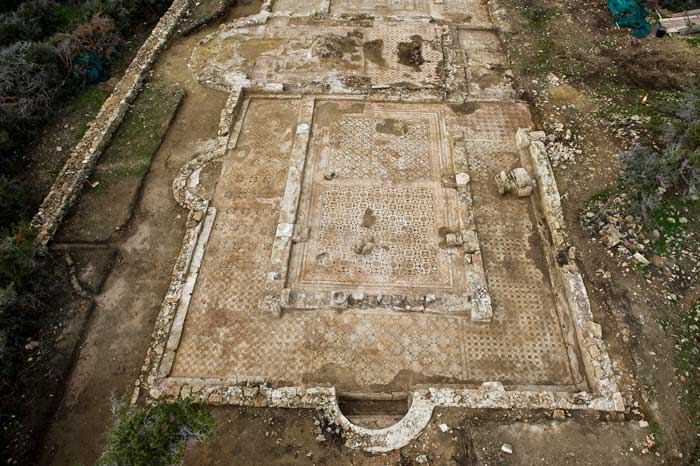 Excavations by the Department of Antiquities

A second three-aisled basilica was revealed at the site Katalymmata ton Plakoton of the Akrotiri peninsula in Cyprus. Systematic excavations conducted at the site of Katalymmata ton Plakoton under the direction of Senior Archaeological Officer of the Department of Antiquities, Dr. Eleni Procopiou, have been in progress since 2007, when the first basilica was unearthed. However the new basilica is not the only important finding at the site. A marble stele with a bust of the Byzantine emperor Heraclius personified as Alexander the Great also came to light.

“This literally helps us understand and re-write the history of the 7th century in Cyprus. We estimate that after its construction, it had a very short life-span of approximately 30 years before it was abandoned and destroyed. This was a very important place and housed the relics of some very important people,” Procopiou stated.