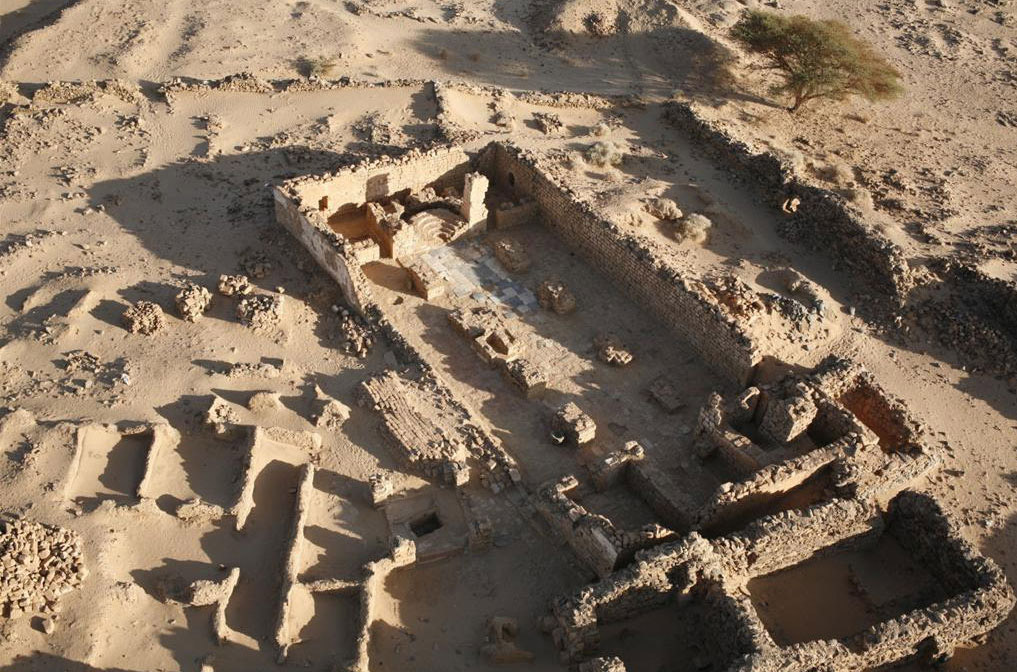 Through new finds at Al-Ghazali, near Merowe, by Polish archaeologists

The remains of the largest so far identified medieval Nubian sanitary complex -commonly toilets-  were found adjoining the walls of a monastery in al-Ghazali in northern Sudan, during a three-month mission held on the site by Polish archaeologists. The mission also found a large number inscriptions as well as drawings on the walls of one of the monastery’s two churches.

The medieval monastery of al-Ghazali is one of two well-known places of worship in medieval Nubia located outside the Nile Valley. Located in Wadi Abu Dom, the valley crossing the Bajuda desert (once a busy trade route in the north-eastern Africa), the monastery can be compared in size and prosperity to Byzantine imperial foundations, such as the famous monastery of St. Catherine in Sinai. To date, Polish archaeologists have discovered two temples: a larger stone North Church and a smaller South Church built of mud bricks.

This year, excavations took place east of one of the two medieval churches, with the archaeologists hoping to excavate a burial site, as happens in most Byzantine monasteries. Instead, they were in for a big surprise.

“Along the east wall of the monastery we dug out a row of 15 toilets. However it may sound and look, it is an important discovery. Nowhere else in Nubia has such a large sanitary complex been discovered”,  states Dr. Artur Obłuski from the University of Chicago, who leads the expedition.

Not only the complex is unique but also very luxurious for its time, as it seems to have provided its uders with the intimacy they needed! Almost just like modern public latrines, each toilet was at the end a room in the shape of an elongated rectangle. Their position was paralleled by the erchaeologists with what had been applied in interwar Polish housing estates. However, it is intriguing to think that such a care would be a luxury for the modern Sudanese.

Aside of the toilets, conservators working on cleaning and protection of plaster on the 7th c. AD North church, managed to recover remains of decoration imitating the arrangement of wall stones on the plaster.”By removing a thick layer of mud, we restored part of the original appearance of the church, which is now glowing white from a distance. The glow of light reflected in the African sun is so blinding that we could work on the south wall only in early morning or late afternoon”, described Cristobal Calaforra-Rzepka, head of the conservation work.

Still, the clearance also uncovered a large number of inscriptions through which hints of the monks’ life and beliefs come to life. Epigraphy expert Dr. Grzegorz Ochała from the University of Warsaw states that many inscriptions reflect the importance of the cult of angels at al-Ghazali, something paralleled with what we see from other Medieval places in Nubia. Apart from having identified the manes of the four archangels (Michael, Gabriel, Raphael and Uriel), Dr. Ochała has identified names of monks which are angel-related : the name of Monk Angelophoros, for example, has been recorded inscribed on a ceramic bowl.

“Apparently the Nubians wanted powerful celestial Generals to watch over them in all, even the most mundane situations and activities”, explains Dr. Ochala.