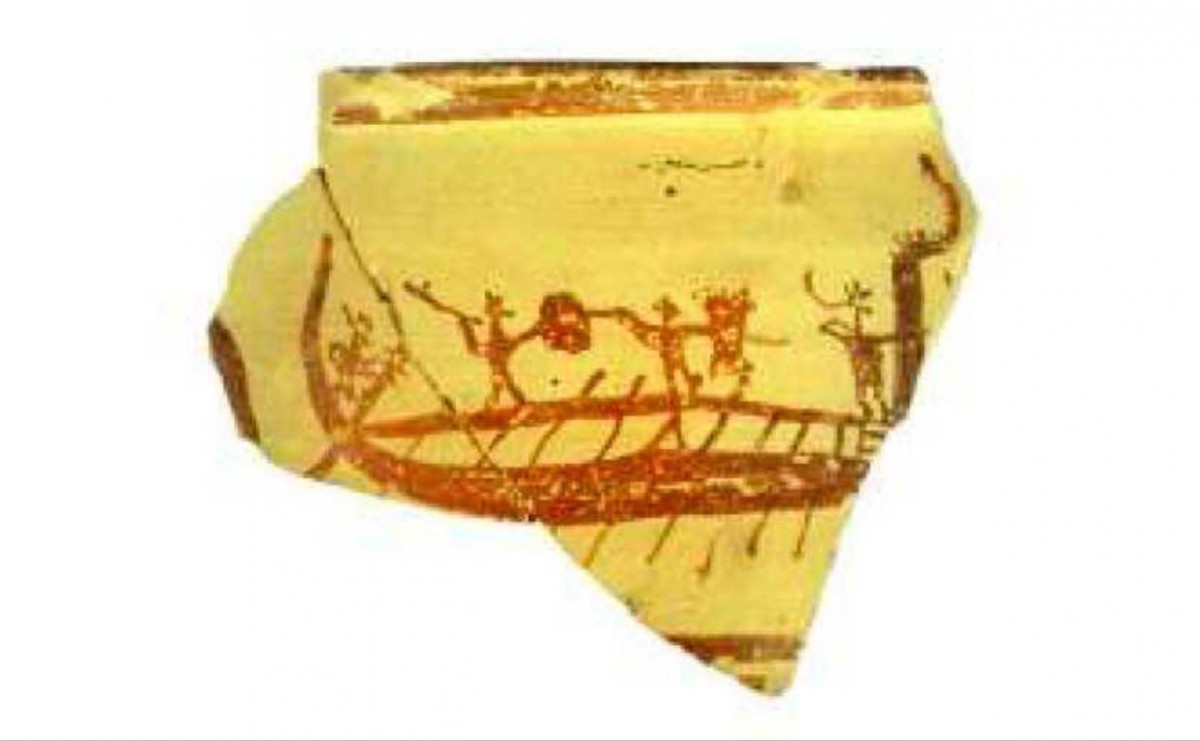 The low hill at the site of Pyrgos, on the coast of Livanates, lying 3km northeast of modern Livanates, part of the (Kallikratic) Municipality of the Lokrians, has been identified with ancient Kynos, the most important harbour of the East Lokrians, which according to Homer took part in the Troyan expedition (Iliad, 531-533).

Dr Fanouria Dakoronia (Honorary Ephor of Antiquities), Dr Petros Kounouklas (14th Ephorate of Prehistoric and Classical Antiquities) and Katerina Stamoudi (3rd Ephorate of Prehistoric and Classical Antiquities) will give lectures about ancient Kynos, its architectural organization and town planning on  Thursday, June 12, in the framework of the 8th meeting of the Mycenaean Seminar. This seminar is entitled “A Post-Palatial Triptych from Kynos: Architectural Organization and Town Planning. Pictorial Pottery. Household Pottery.”

As explained in the abstract of the seminar “The systematic excavations in the northwest part of the hill, over an area of ca. 500m2, have shown that the hill was formed by the remains of successive occupation phases, from the Final Neolithic period to the Byzantine era. The continuous occupation of the site is one of the most interesting aspects of the excavation, this being one of the rare settlements in Central Greece occupied without break from Prehistoric times down to the Middle ages.

“The results of the recent study of the material, often unexpected and subversive, relate to the entire spectrum of activities of the occupants of the settlement, diachronically. The importance of these conclusions is not only limited to East Lokris, since they apply to the entire Greek world”.

The speakers’ contribution to the Mycenaean seminar “will include the latest results of the study of the archaeological material from the settlement of the end of the Bronze Age, and more specifically, the stratigraphy of the excavation, the architecture of the surviving buildings and the interpretation of the use of various spaces, according to the archaeological data.

“The pottery, a basic tool for the interpretation of the fortunes and the historical development of a settlement, is, in the case of Kynos, especially rich and didactic, as regards the productive activities of the occupants of the settlement, their lifestyle and their contacts.

“During LH IIIC Middle, one or more pottery workshops were apparently flourishing at Kynos, producing luxury vessels, as some of these specimens can be described, made of a high quality clay, well finished and decorated with animal representations and various other scenes involving human activities, such as sacrifice, chariot-racing, sailing, fishing, war.

“The pictorial pottery from Kynos, which, on account of the subject matters portrayed, is a unicum, was the object of exchange and a stimulus for contact with the surrounding areas, as attested by the archaeological finds at other sites, like Kalapodi.

“Pottery production at Kynos was nevertheless not limited o luxury wares. A large number of household vessels of everyday use were also produced, like cooking pots, some of which were painted or bore plastic decoration”.

The lectures will be held in Greek

The 8th meeting of the Mycenaean Seminar will be on June 12, at 7.00 p.m. in the A. Argiriadis Amphitheatre (Central building of the University of Athens, Panepistimiou 30).